It has become de rigueur here at PFC to lead off every other article with an image of a hunky, often shirtless, model or actor. Since blogmaster and militant gay activist James Killough decided to go with a Terry Gilliam-meets-Tetsuo look for his Devil’s Double review the other day, it falls upon me to continue the manflesh motif. Besides, my story from last week featured the movie poster for the 80s horror flick, C.H.U.D. (a clever political analogy on my part), so I guess I’m due to post some beefcake. 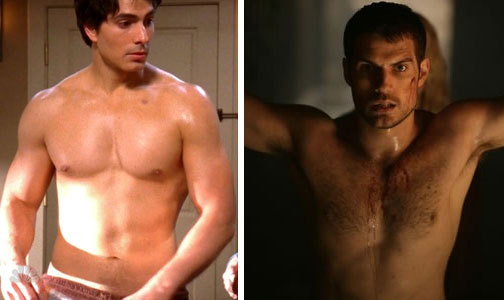 One of these men is not rumored to have slept with Bryan Singer to land the role of Superman, and it’s not the guy on the left.

Before I explain the pictures, I must put to rest the controversy surrounding C.H.U.D. that is tearing our nation apart. Contrary to popular belief, which was propagated by the movie poster itself, C.H.U.D. does not stand for Cannibalistic Humanoid Underground Dwellers. If you watch the film all the way through – and I may be the only person who has – you’ll discover the acronym actually means “Contaminated Hazardous Urban Disposal.” Now can we stop all this fighting?

Okay, the two guys depicted above are Brandon Routh, who played Superman in Bryan Singer’s rather meh Superman Returns (2006) and his replacement, Henry Cavill, who stars in Man of Steel, which is currently in production. No one seems upset that Routh isn’t wearing the red cape again, though, judging from comments on the internets, the racist contingent is fairly bent that Laurence Fishburne has been cast as Perry White. Some people are happy with Cavill, who looks even more like Christopher Reeve’s nephew than does Routh. The rest of us don’t care, because, with apologies to Jerry Seinfeld, Superman is a friggin’ boring superhero. 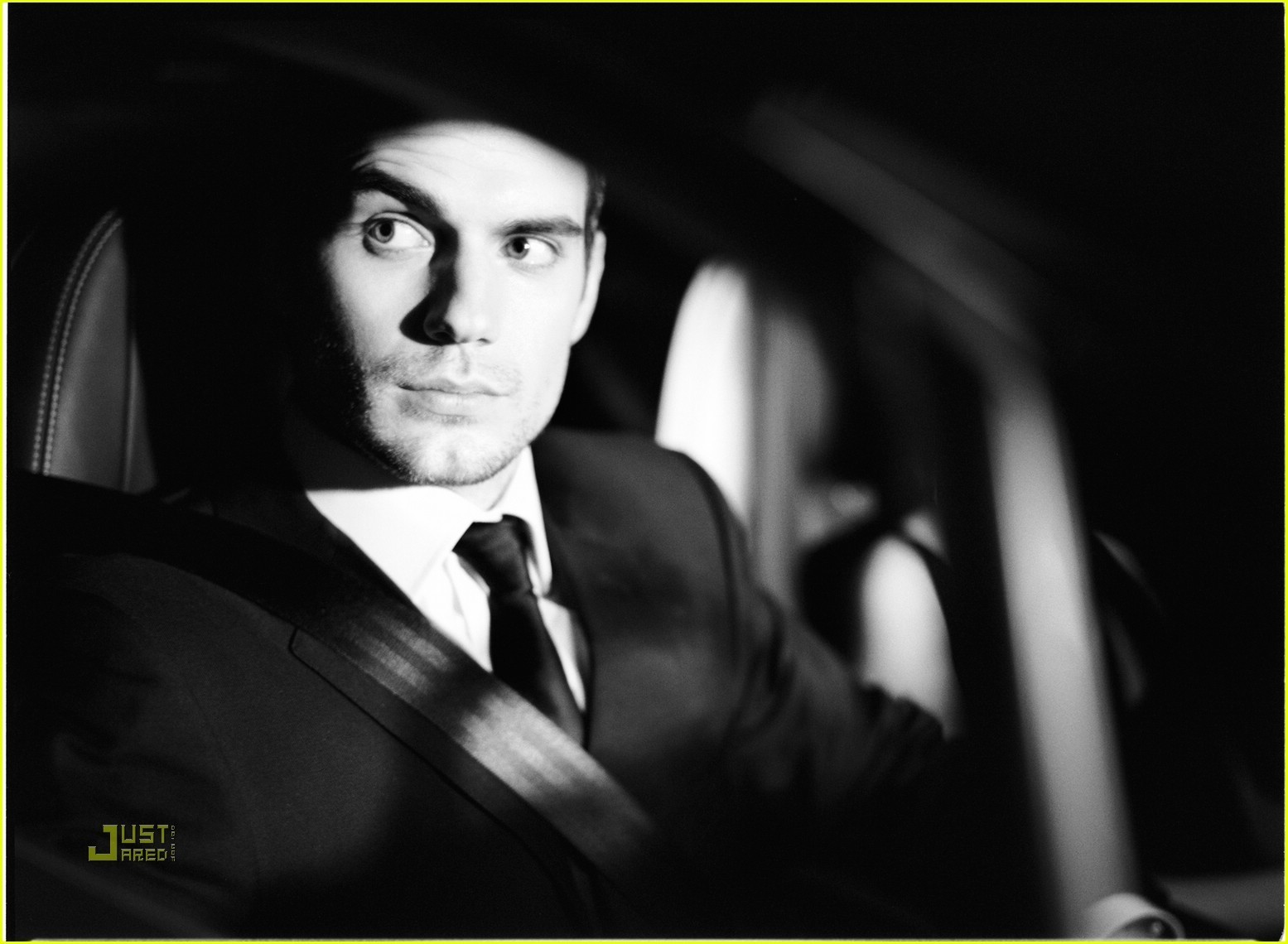 Henry Cavill, one more time because it’s a great picture and the editor is a dirty old man.

Let’s review: He’s indestructible, has limitless power, and displays impeccable character, all of which makes him superior to Jesus himself, who does not even have X-ray vision or bullet-proof underwear (unless the bible is lying, which it can’t). He’s also a blind patriot – imagine if his spacecraft had landed in North Korea or Canada! – and he probably opposes gay marriage. Plus, criminals must love this guy. They can be politely reprimanded by Superman, or they can get taken down to the station and anally raped with a broom handle by four of Metropolis’s finest. Which would you choose?

That’s a rhetorical question, by the way. There are some things I don’t want to know about you.

But who am I to talk good superheroes and lame ones? I reviewed Captain America here a couple of weeks ago because it was hot outside and the theater was air conditioned (and I have a secret mancrush on Chris Evans). The most recent superhero movie I saw before that was the first Iron Man in 2008. I was in Asia, intoxicated by the splendor of the orient. The theater was like the holy grail of neon, and I just had to know if the film was subtitled or dubbed (it was subtitled). I was like a moth to flame that magical night. Otherwise, I’m not much for superheroes. 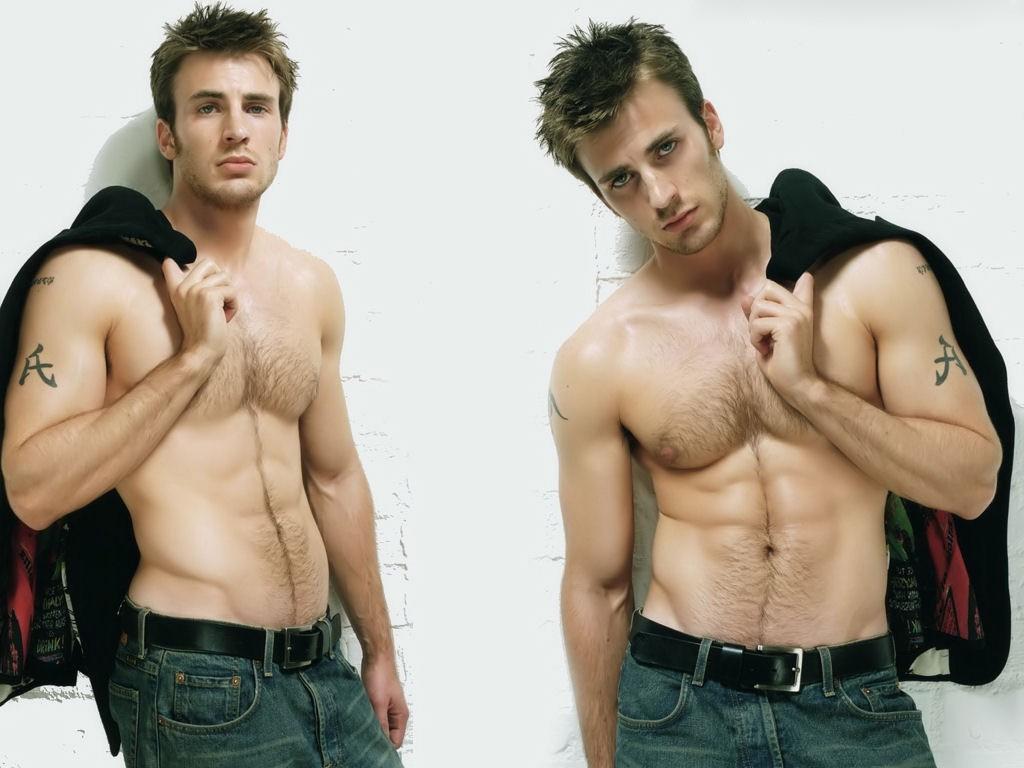 Chris Evans, again. Why? See caption above, minus the bit about a good picture.

Despite that, Hollywood would have gotten 8 bucks out of me if it had made The Flaming Carrot into a movie about 15 years ago. For the few who don’t know, the Flaming Carrot was a hilarious satire of a superhero comic featuring a witless goof with giant, fiery carrot for a head and no powers save a turbo-driven pogo-stick for locomotion. His method of defeating villains typically involved beating them with a two-by-four. The CG effects to pull off such a cinematic spectacle only exist now, but, sadly, the window has closed on casting the lead role. Because no one but Bruce Campbell could possibly play the Flaming Carrot, and he’s too old.

Which brings me to The Bruce Campbell Story. I’ve been debating whether if I should tell this in public, because, as you’ll see, it’s rather personal. Nevertheless, you, the beloved PFC reader, deserve the truth. Also, Final Destination 5 is not out for another week or two, and I need material for the second half of this article. It goes like this:

In the early 90s I was dating an actress who, speaking diplomatically, was a fucking psychopath. By comparison, she almost makes Michele Bachmann look qualified to hold office. She was quite talented and beautiful but far too deranged to manage any kind of professional acting career. Still, I tried to help her. The details are fuzzy, but some event was taking place in New York that involved producers from Full Moon Entertainment, a direct-to-video horror film distributor whose most notable releases were the Puppetmaster films. Anyway, I encouraged my then-girlfriend to hand out head shots (you gotta start somewhere) and mingle. For some reason, Bruce Campbell was there.

A necessary aside: I believe three types of people exist in the entertainment business: The Talent, the Audience, and the Facilitators. Facilitators in the movie biz are publicists, interview coordinators, and other such peripheral figures, and I’m none of those. Though I did make a short film in college about a woman murdering her husband and his mistress (I called it Human Skin Mask, but the East Asian actress who played the mistress told me it should have been named “Bloody Kung Pow,” which is a far better and less pretentious title), I was never invited to join the Director’s Guild of America, so I can’t be the talent. That must mean I’m simply part of the audience. However, it’s pretty easy to trick people into believing otherwise.

So startlingly easy, in fact, that when I walked up to Bruce Campbell, dragging my girlfriend, and said, “Bruce, darling, here’s someone you just HAVE to meet,” he smiled and offered his hand. Five minutes later, they had exchanged phone numbers and he invited her to visit him in California. You know, because he might have a part for her or something.

Now, I am not going to disparage Bruce Campbell’s character and imply that he had ulterior motives. I don’t even know what his romantic inclinations are, if you know what I mean. She never went to LA and he certainly never propositioned her. But if she had bedded the star of the Evil Dead movies, I’m sure I would have been like Peter Griffin in the episode of Family Guy when he discovers Lois once slept with KISS. “My girlfriend did Bruce Campbell!” I’d proudly shout from the street corner to any passersby willing to listen.

Campbell in “The Evil Dead.” What’s a little schizophrenia to this guy?

So they called each other a few times, my girlfriend and Bruce, and I even answered one of his calls at her apartment. But that was also about when she started going insane. Literally. In fact, after I obtained a restraining order against her, I awoke the next morning to find her standing over my bed with a shiny metal object in her hand. “I had a key made,” she said with a demented smile, which alone would have made a great audition for any Bruce Campbell-produced film.

It wasn’t long before she was court ordered into a psychiatric facility (I’m not making this up) and the docs got to work on shrinking her head. I don’t want to knock the field of psychology, because it needs to exist, but a lot of times they’re just spinning a roulette wheel. You can see a tumor on an X-ray, but how does one track down voices that command the patient to kill? To the point, they had no clue what was wrong with her, but the diagnosis was leaning toward schizophrenia. If that label had stuck, she would have been in there for the long haul.

So I was called in for an interview with the doctors. Maybe I could help them. You see, one of them said, we think she might be schizophrenic because she has this delusion that a famous actor named Bruce Campbell calls her on the telephone. Do you know anything about that?

Dear lord, how easy it would have been to send her up the river! But, to my life-long detriment, I have a conscience, so I went for the lesser pleasure of watching the doctor look like a fucking idiot when I told him she was telling the truth.

About a year later, when she was lunging at me with a butcher knife, I began to regret my decision.