However, if cinematic doctors had that little ambition, we wouldn’t have Pedro Almodóvar’s new film, The Skin I Live In. Antonio Banderas, as the movie’s actively evil Dr. Robert Ledgard, wouldn’t just ignore that blemish, nor would he simply remove it… He’d give me a whole new hide, both burn resistant and mosquito repellent! When we meet Dr. Ledgard at the beginning of the story, the brilliant surgeon and scientist is delivering a presentation to the medical community on a new synthetic skin he has developed that sports the properties I mentioned above and can be used to restore burn victims and others who have been traumatically disfigured. But some colleagues don’t buy his claim that testing was done on mice, questioning Ledgard’s medical ethics. Frustrated, he returns home to check on his real test subject: Vera (Elena Anaya), a beautiful woman he keeps prisoner in a bedroom and whom he obsessively observes on a giant, flat-panel TV monitor. He is at once attracted and repelled by her, for he’s modeled her to look exactly like his dead wife, who was burned beyond recognition in a fiery car crash years earlier. But Vera is quite someone else.

After a weird sequence involving a jewel thief dressed like a tiger – who appears to have wandered in from the set of an Alejandro Jodorowsky film – The Skin I Live In retraces, through flashback, the bizarre events that brought Dr. Ledgard and Vera together – and simultaneously drove them apart.

The misleading trailer implies the film is some kind of kitschy, early ‘60s-style crime story, yet it’s rather darker than that. To borrow a phrase used to describe Sergio Martino’s Torso, a 1973 giallo – featuring a killer who, like Vera, wears a blank white mask – The Skin I Live In is a “psychosexual” drama in which characters seek to cope with tragic loss through destructive sexual obsession, kidnapping, murder, and ruthless ambition.

I don’t think my family doc has these problems.

Almodóvar’s movie works best in the quiet moments, using unusual dissolves and superimposed images to foreshadow future events. There’s also a nice motif built around the “reclining nude” form developed in Venice during the Renaissance, which terminates in a clever and subtle way near the end of the story. The film is weakened by a couple of odd tonal shifts, though, like the aforementioned tiger man sequence, and a “humorous” rape scene (must be a European thing). At times, the familial obsession theme reminded me of Jodorowsky’s Santa Sangre, a film that – full confession – I fucking hate with a passion (almost as much as I hate the rest of Jodorowsky’s pretentious oeuvre). Also, the ending felt clunky and flat. Maybe it works better without the subtitles.

Some of the performances border on melodramatic, but in that context, Blanca Suárez is interesting as Ledgard’s daughter, Norma, whose strange behavior is explained, in pieces, through non-linear flashback. As Vera, Elena Anaya uses her physicality well, both in terms of copious nudity and violent action, and her big, expressive eyes reveal the confusion and torment beneath the mask. There’s a reason Almodóvar cast her as a girl with perfect skin, too.

I'd never be indifferent to my doctor again if he stitched me up a chick like Elena Anaya.

Let’s talk Banderas. Do you want to know what kind of man a straight guy thinks is attractive? Did I tip my hand? If you visit this site during the week, you are liable to see a cornucopia of hairless hunks with six-pack abs and girly pouts splashed all over these pages. But we straight men aren’t impressed with that. We admire the man who can jump off an exploding building with guns blazing and still find time to steal our girlfriends. If Banderas looked at my wife and gave but a barely perceptible head tilt, that would be it: She’d get in his car, shut the door, and I’d never see her again. Antonio is, frankly, too cool for English words. He’s like a Spanish James Bond turned rogue. No wonder Salma Hayek was all up in his stuff in Desperado.

Banderas, occasional unflattering hairstyle notwithstanding, is on my short list of men who I’d consider turning gay for (the other is David Bowie, post Ziggy Stardust mullet and pre crappy-duet-with-Mick-Jagger wrinkles). But since Banderas and I bat for the same team, our first date would be pretty awkward. We’d probably talk movies and politics for a while. I’d nod politely and feign interest when he brings up soccer. Eventually, one of us would be transporting the other home (I’m a control freak who hates letting someone else drive, but he has the nicer car. Eek! Dating is so hard!), and then would come the doorstep moment. Instead of initiating a kiss, though, I’d say, “Hey, you want to hit a few go-go bars?” He’d say yes, and then, later, we’d pick a couple of strippers and bring them back to his place for a weekend of debauchery and, eventually, dead-stripper disposal. Whew, sexual-identity crisis averted!

So anyway, other writers have already addressed the similarity between Georges Franju’s 1960 classic Eyes Without a Face and The Skin I Live In, both of which prominently include the image of a woman wearing a featureless mask. Some have even commented on the supposed influence of Mario Bava. Believe me, I’m dying for an excuse to talk up Bava, but the only nod I could see to the maestro of low-budget Italian thrillers was Almodóvar’s use of red mannequins, which recalls Bava’s Blood and Black Lace (1964). Sorry Super Mario, but you’ll have to wait for another day.

Almodóvar owes more to David Cronenberg than any European filmmaker, I’d say. The Skin I Live In, with its brilliant but obsessive surgeon, bizarre medical procedures, and fears of bodily violation, seems like a pendant piece to the Canadian director’s brooding 1988 tragedy Dead Ringers. That film featured Jeremy Irons as twin gynecologists whose professional lives are bound and ruined by each others’ destructive personal choices. Cronenberg decided to continue exploring the theme of drug addiction with his brilliantly surreal Naked Lunch (1991). If he’d chosen to stick with medical ethics and obsessed doctors, he might have come up with something very much like Almodóvar’s latest creation.

If you show up for surgery and you see Jeremy Irons from "Dead Ringers," you need a new HMO.

Meanwhile, here in the U.S., Killough and Tuttle both used their PFC posts this week to bag on New Jersey, my lovely home state…

I believe Killough said I live in “Bumfuck,” which implies I’m out in the sticks, far from centers of culture or relevance, probably milking my cows every morning just before I ride my tractor into town to buy more feed for the chickens. So, while I sat in the arthouse cinema (5 screens) near my flat watching The Skin I Live In with a fairly sizable audience, I thought, “It’s hard to concentrate on this cool movie alongside these sophisticated cinephiles when my poor friend James is stuck in Miami listening to Gloria Estefan and flipping between Big Bang Theory and Two and Half Men.”

The underrated Peter Weller and the Mugwump in "Naked Lunch." Pure, unadulterated genius.

As I walked into the lobby after the show, smugly satisfied, I noticed the two couples that had sat in front of me were discussing the film. Surreptitiously, I leaned in, perhaps to pick up a few insights, and heard:

“That was the worst film I’ve ever seen.”

Laughter all around. We won’t make that mistake again, youbetcha. Only good movies from now on. We should have stayed home and watched Pretty Woman again instead. Isn’t there a new funny one that just came out with Adam Sandler in a dress? Let’s see that.

The suppressed memories flooded back. The time in the lobby after Broken Flowers when the two women said they needed movies to have “better closure.” Or the murmurs of “I didn’t get it” following a showing of Eastern Promises. It became so clear. My denial became shame, and my shame became anger. Anger turned to acceptance (or maybe it was in a different order):

I live in Bumfuck.

For a moment, I thought of following them to their car and slaughtering them like dirty pigs. I envisioned myself as some kind of evil avenger, wiping out the cinematic Philistines of the world (while conveniently forgetting that I like cheap horror films), perhaps wearing a featureless white mask as an inside joke.

Then I said, “Nah, too much work.” Anyway, I had to get home in time for the new episode of Restaurant Impossible.

Eric rates The Skin I Live In as: 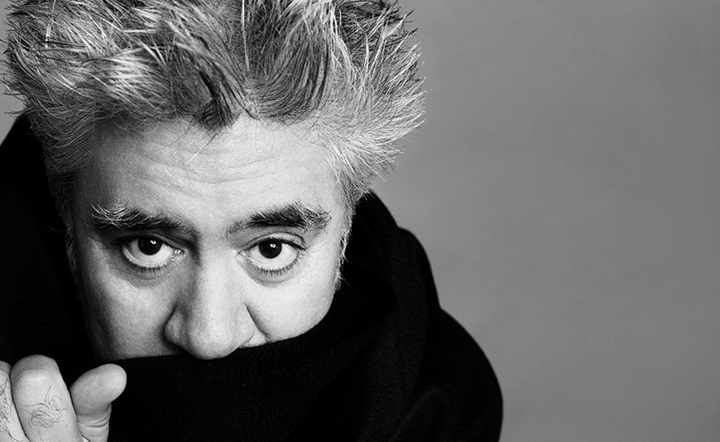 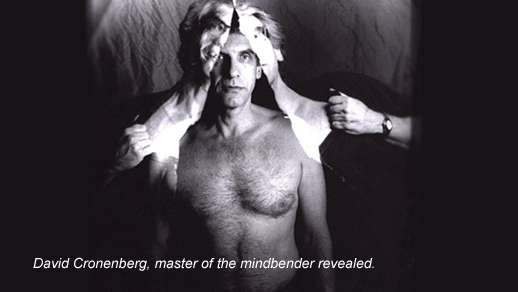