The Voice is better than American Idol for two reasons: It doesn’t publicly humiliate untalented people who are too simpleminded to know they are being exploited, and the judges are legit and successful music industry veterans, not the stunt-casted personalities on Idol. Ellen DeGeneres might be everybody’s favorite TV host next door, but she knew as much about music as I know about Olympic diving. And you won’t see me in London this summer giving out 9.0s or whatever, will you? Christina has great pipes. And she can sing.

Unlike Paula Abdul, the judges on The Voice are all sober and can sing. Blake Shelton’s country-corny lyrics don’t rock my world, but he knows how to write a hit. Cee Lo Green is brilliant at combining sweeping production with amusing, personal lyrics, and, like The Killers, one of the aughts’ most successful bands, Adam Levine’s Maroon 5 borrow heavily from 80s pop/rock yet somehow make it contemporary. I’d say the star of the show is Christina Aguilera, but perhaps that’s simply where my eyes go when the camera is pointed in her general direction. I don’t want to be too critical of Aguilera. She’s managed to avoid all the embarrassments and legal troubles of her rival, Britney Spears, and, despite selling fewer albums, has more talent in that index finger she waves around than Spears has in her whole surgically enhanced body. But Christina can be annoying when she mumbles critiques about pitch and diction and this and that during the auditions. It’s annoying because Aguilera, while technically an excellent singer, has never shown good taste or restraint in her career. Just because one can sing through three octaves and engage in all manner of vocal gymnastics, it doesn’t mean one should.

But the true flaw inherent in these shows – the big, gaping music-industry hole (insert your own Madonna’s cootchie joke here) in these shows – is that a person’s ability to sing doesn’t have all that much to do with her potential for success. Madonna can’t sing for shit. Bruce Springsteen isn’t going to take the lead in Il Trovatore at the Metropolitan Opera House anytime soon.  But Like a Prayer is a good song. Born to Run is a good song. Any random person you stop on the street is probably a better singer than Bob Dylan, but I doubt many of them are better songwriters.

The hopefuls on The Voice show up prepared to sing popular rock, pop, R&B, or country songs, and this is the sole criterion by which they are judged, as the show’s panel is turned away from the stage. It’s a clever conceit and adds an unexpected element of tension (they hit a button that spins them around when they believe the singer deserves to stick around). But being able to sing someone else’s song well is entirely different from being able to write a good song. Familiar songs are TV friendly, but if I’d produced The Voice, it would have been called The Song.

1980s Pop/rock band Survivor once recorded a ditty called It’s the Singer, Not the Song, which is true on occasion but mostly a misguided sentiment and perhaps a bit ironic coming from the artist that wrote Eye of the Tiger. Quick quiz, and no Google peeking: What was the name of the guy who sang lead vocals on that track? What movie is it from? If you said, “How the fuck should I know,” and “Duh, Rocky III,” in that order, you are everybody.

In other words, it’s the song.

Ok, it is partly the singer, provided that singer sings what people want to hear. It’s just like the movies: People loved Julia Roberts as a hooker with a heart of gold in Pretty Woman but not so much as Dr. Jekyll’s frumpy maid in Mary Reilly. Pop music history is rife with such failed experiments. Country Western mega star Garth Brooks generated little interest with his rock albums, and ditto for ‘40s-style crooner Harry Connick, Jr. Meanwhile, 80’s hit-machine Pat Benatar fell off the face of the Earth when she tried imitating Etta James. Does anyone remember Billy Joel’s classical album?

And am I the only one who thinks every Idol winner (and probably every future The Voice champion) sounds more or less like the same fluffy, overproduced, bland, middle-of -the-road pop artist, in either male or female version? They all offer the same acknowledgements to their parents and most of all their lord and savior Jesus Christ. They all use the same reverb on the vocals and the same sparkly acoustic guitar track overdubbed through every song. They all seem to hire the same songwriting team. Here’s an idea: A music competition show that requires people to write their own songs and play their own instruments, like the majority of true music stars whose careers last longer than two or three albums. Grammy nominee Katy Perry. If you say so, Grammy people.

Since we’re talking about music on TV and I’m PFC’s music guy, I suppose I’m obliged to comment on tomorrow’s Grammy Awards. Here’s my comment: The Grammy awards are the worst four hours of dreck imaginable and are the antithesis of everything cool about music. With apologies to dreck, which isn’t actually that bad by comparison.

Everyone loves to bash the Oscars for being little more than a boring circle jerk, but at least the Academy sort of gets it partly right. Yes, good movies get overlooked and not-so-good ones get nominated, but the general gist is that art for art’s sake is a factor in the nominating process. Not so in the music industry. If the Oscars took the same approach as the Grammy people, these would have been the nominees for best film of 2011:

Transformers: Dark of the Moon Killough wanted Melancholia for best picture, but we know better.

You have a nice mix there of the popularity contests, middle-American trendiness, utter crap, and head-scratchers that comprise most Gammy nominee lists. At least with the Oscars, you can play in 5 theaters and still get a nod. That’s not to say good albums don’t ever get nominated, but they need to be good and stupidly popular. Good alone isn’t enough.

Rather than give a rundown of who deserves an award and who doesn’t, I am simply going to point out that Nicki Minaj is nominated for best new artist. Nicki Minaj, whose career is built around the fact that she has a nice ass. This is the woman who sings a song called Stupid Hoe, which very well may be the least pleasant three minutes your ears will ever experience.

In case you haven’t heard it, here’s the video:

None of my vitriol toward Ms. Minaj makes her ineligible as This Week’s Brunette, by the way. I have nothing personal against her as a human being. I just think it’s absurd that music that bad could ever get nominated for the industry’s top award. But we here at PFC are base perverts who like to present ourselves as thinkers and keen observers of the human condition, only to turn around and dispel that illusion by splashing pictures of scantily clad hotties all over the place. If nothing else, Nicki Minaj is nice to look at. I even hope she wins the Grammy so this story gets more clicks. Yup. I’m a bad person. Nicki Minaj shows us her best side. 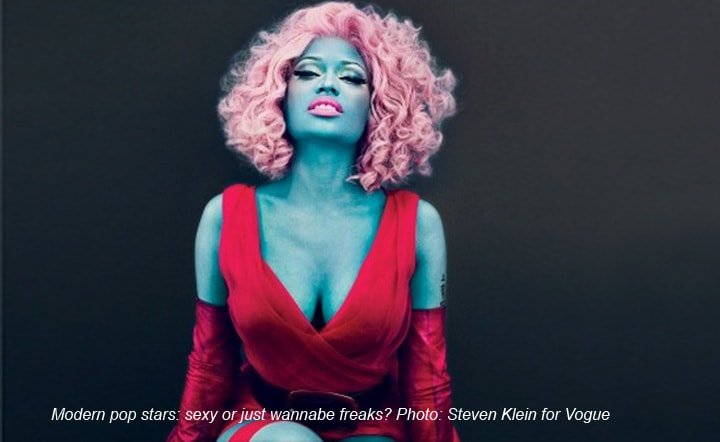 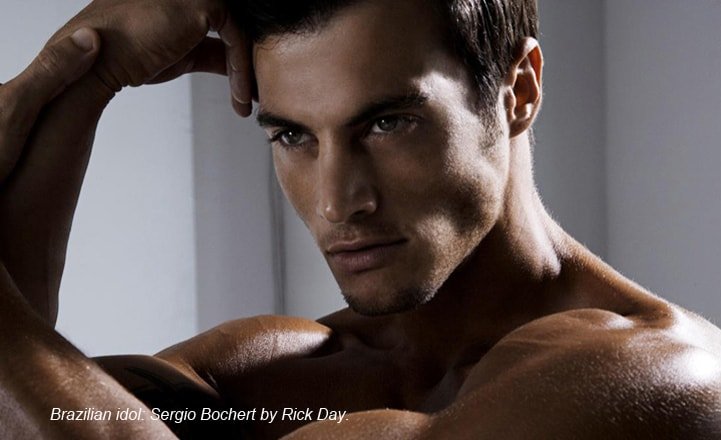