Paul Rudd with Seth Rogen and pals in Vanity Fair. No, those aren't fat suits.

Before all the meteorological mayhem made its way to the garden state, I managed to catch a showing of the new Paul Rudd dramedy, Our Idiot Brother, which opened Friday. The slim plot involves a happy-go-lucky but burnt-out pothead, Ned (Rudd), with nowhere to go following the end of an eight-month prison sentence for selling weed. His bitchy ex-girlfriend wants nothing to do with him, so he drops in on his unsuspecting and unwelcoming family, alternately crashing with each of his three sisters and turning their lives upside down in the process.

First up is Liz (Emily Mortimer), a frumpy mother of two whose husband doesn’t want to fuck her anymore (not that I blame him, she’s so whiney). In an effort to prove she’s a stock character in a dysfunctional-family comedy, she makes her young son study interpretive dance instead of karate and becomes upset whenever he laughs (because repressed people think laughing is bad for you, I guess). Seriously, can we call a moratorium on the overeducated-parent-who-won’t-let-the-kid-be-a-kid cliché in indie films? It’s almost as played out as the word “epic” and allegedly funny car-insurance commercials. Anyway, Ned foolishly makes the kid smile, precipitating the tearing apart of the unhappy family.

It wasn't Irene that has made "Idiot" tank, or the idiotic plot. It's Rudd in a beard.

Then comes Miranda, played by Elizabeth Banks – who brings much-needed charisma and energy to the film, despite her character being a shrew. She’s an ambitious reporter working on her first big story, which Ned sort-of screws up (by being ethical). After that, it’s off to sister number three, Natalie (Zooey Deschanel), a bisexual woman with a voracious sexual appetite, or so we are told. Ned has nothing to do with her cheating on her lover, but he’s blamed anyway.

Paul Rudd is his usual charming, likeable self and gets most of the laughs as Ned, but that isn’t quite enough to carry a feature film. I wanted My Idiot Brother to be a raunchy, unpredictable farce, but it was more like a highly sentimental, totally predictable feel-good flick with a few misplaced f-bombs and comic nude scenes thrown in to avoid a PG-13 rating.

We're in a good mood. Here's another of Irene Hoek with an improbably placed right foot, which might have something to do with the child's bike wheel strapped around her thigh.

The film’s big flaw is that all three sisters are bitchy, selfish, and unlikable, treating Ned like garbage while self-inflicting the damage to their lives. If I were Ned, I’d have robbed their bank accounts, stolen their jewelry, and fled town. Eh, but people expect that from me, what with my shaved head and scowl. I’m nothing like Paul Rudd, who I recently described here as John Cusack’s little brother. Then again, when my significant other read that, she stiffened and responded with, “Paul Rudd is nothing like John Cusack.” I could tell by the way the word “Cusack” caressed her tongue that I had crossed the line regarding the Cult of John and was lucky to get out alive.

For reals, women… what the hell is it with that guy, and why are you like a beehive with your single-minded, collective, unquestioning love? It’s like that episode of Fantasy Island when the guy asked Mr. Roarke to make him impossibly irresistible to all women. Boy, did he learn his lesson! The lesson was: There’s only one Cusack. He probably also learned that Mr. Roarke and Tattoo were two of the creepiest and most ethically challenged characters in the history of television, but that’s a different story.

No, this story is about mildly amusing but disappointing comedies, death by hurricane, and collectivism. Just as women are collectively horny for Cusack and Democrats collectively hate Sarah Palin, straight men are collectively repelled by Sarah Jessica Parker. I am one myself and can’t explain it, but I do know that I involuntarily jerked back into my theater seat when the trailer for her new chick flick, I Don’t Know How She Does It, appeared on the screen. In it she plays a harried woman trying to balance a career and a family whilst the people around her live lives of boundless leisure, much to her comedic chagrin.

This premise is one magic ring and four hobbits away from being total fantasy, but I wouldn’t expect a multimillionaire actress/producer to realize that, since she is so far removed from the world of working people. Adding to my repulsion was the conceit of the film, which appears to be that Ms. Parker can stop the action and talk directly to the audience while the scene around her is paused. God, I hope they do a midnight showing on whatever day it comes out. I can’t wait much longer.

I’d say it looks like the crappiest movie of the year, but that’s just because I’m a man and it’s Sarah Jessica Parker. Plus, I’d be doing a grave disservice to A Very Harold and Kumar 3D Christmas, the trailer for which I’ve seen twice now and looks to be a shoe-in for sweeping the Razzies next February. It’s one of those trailers that makes the theater audience go, “What the ffffffff…” before their mouths fall open and their heads tilt in utter befuddlement. If a clip editor can’t cobble together two minutes of coherent material from a 90-minute movie, the flick is in trouble. It’s as if the studio asked Lloyd Kaufman of Troma Films and Toxic Avenger fame (?) to direct a 30-million-dollar movie.  Just get a load of this future holiday classic:

Ah, shit. I was about to tell you about the time I overheard Lloyd Kaufman talking to someone in a hotel and how, based on his conversation, I don’t think he has the remotest clue his movies are unwatchable drek. But my rowboat is taking on water and I need to start bailing, so we’ll do that another time. Wish me luck!

Eric rates Our Idiot Brother as: 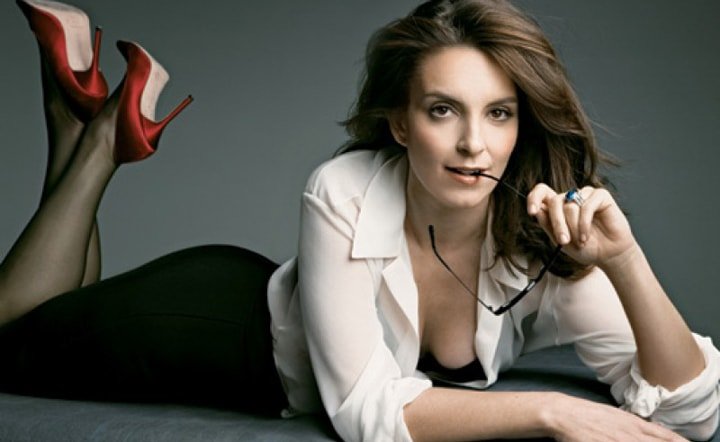