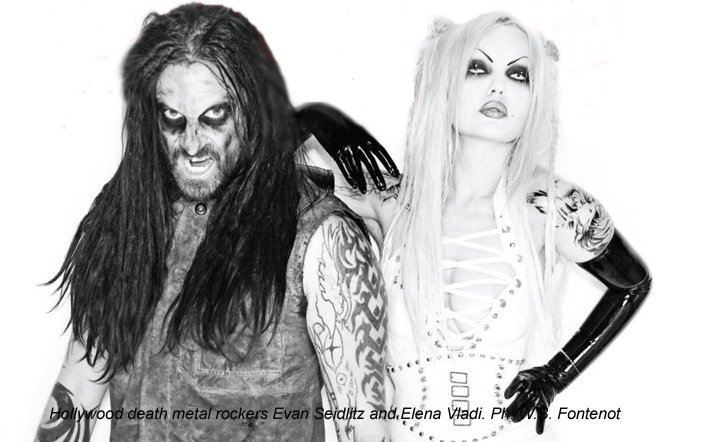 You can watch Terrence Malick films in the morning, attend exhibitions featuring the works of suicidal photographers in the afternoon, and meditate to cello sonatas performed by Mstislav Rostropovich at night, but, in the end, you are still a rock and roller. 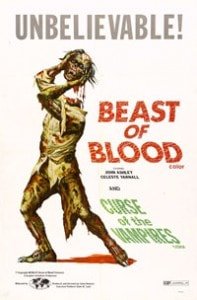 I can think of no two seemingly disparate art forms that are more analogous than cheap horror films and rock and roll. I’ll explain (in my typically convoluted and tangential, yet, in the end, emotionally rewarding way):

In his recent review of Beasts of the Southern Wild, PFC’s fearless leader James Killough (that’s not a cliché in his case) offhandedly reiterated his distaste for what he calls “B” Horror films. I doubt I’ll ever convince him to see merit in the genre, but maybe I can encourage a few people to see why I do.

We’ll start with the scientific part. Deductive reasoning states that if we have “B” horror films, we must also have “A” horror films. My subjective observation states that “A” horror films tend to be piles of horseshit. I can think of four good ones: Alien, The Shining, The Exorcist, and Silence of the Lambs.

It’s probably a bad idea to squeeze an analogy inside another analogy, but fuck it, I’m doing it anyway: Once a year, in every major professional team sport, the management, coaching, and player array of one team will gel in such a way that it wins a championship. That’s like what happened with those four films. Everything gelled.

Also every year, about 29 other teams in each sport spend money, hire coaches, and sign players, but fail anyway. Often on an epic scale. It is this same cosmic force that allows big-budget, pedigreed horror movies like Bram Stoker’s Dracula and The Wolfman to suck the bark off an oak tree. If I were somehow miraculously handed 70 million dollars to direct a horror movie, I’d tell ‘em to keep 60 of it. “Less is more” was never truer than in the horror genre. 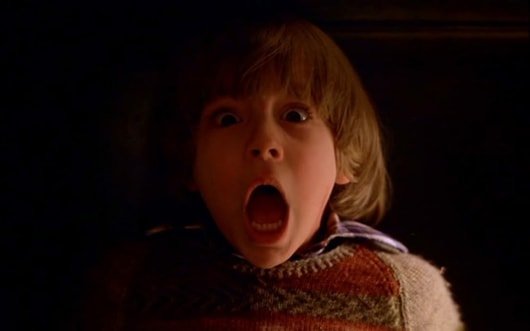 Danny Torrance in “The Shining” has a vision of Keanu Reeves’ British accent from “Bram Stoker’s Dracula.”

By the way, the unpredictable variable here is Anthony Hopkins, who appeared in both of the aforementioned stiffs but also in Silence of the Lambs (duh). I could have included Kenneth Branagh’s Frankenstein movie on my big-budget awful list and then made the same comment about Ian Holm, who was in that flick and in Alien, but that would be overkill, and Anthony Hopkins is more famous anyway. Plus, to go the Ian Holm route would be a major tangent and a redundancy that disrupts the flow of this piece, so I’ve decided to skip the whole thing.

I can understand Killough’s distaste for the crassly commercial aspect of the horror genre, and I’m not going to pretend that Saw VI, for random example, has any value beyond demonstrating the technical prowess of the special effects crew. I’m sure everyone involved tried to make the best movie possible, but those franchise films are simply product, akin to generic dance-pop fodder in the music business. Watched once, or listened to for a week, and then forgotten.

The films that appeal to the rocker in me, the ones that I’m talking about when I call myself a fan of horror movies, might not even qualify as B movies. I’m talking about The Evil Dead, the micro-budgeted splatter epic filmed by Sam Raimi with a 16-millimeter camera over 4 years, mostly on weekends, in his friends’ backyards and basements; Bad Taste, Peter Jackson’s debut that featured Styrofoam machine guns and creature costumes baked in his mother’s oven; and Tsui Hark’s A Chinese Ghost Story, with curtains for sets and papier-mâché monsters, yet immeasurably more enjoyable than a dozen Haunting remakes. 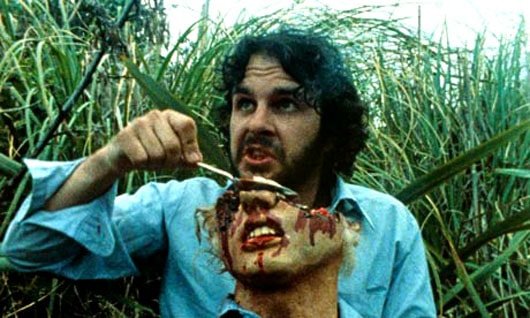 From  “Peter Jackson: An Unexpected Cannibal.”

When filming of The Evil Dead went over schedule, one of the actresses was no longer available. So a male crew member threw on a wig and her nightgown, and the camera kept rolling. You’re probably thinking “Ed Wood,” but I’m thinking about the time I went to see a friend’s band and ended up performing songs I’d never heard before because their drummer was a drunken no-show.

I just finished reading a book about cult legend Al Adamson, the director of Satan’s Sadists and Dracula vs. Frankenstein, amongst dozens of other horror and biker flicks of the 1970s drive-in circuit. His DP in the early days, Vilmos Zsigmond (who went on to work on Close Encounters of the Third Kind and The Deer Hunter) claims in the book that Adamson paid him with money earned delivering Sunday newspapers! In my weird mind, that’s not much different from the time a punk-rock bassist I was dating lost the strap mount to her bass. So, instead of buying a new strap mount, she just drilled a screw into her guitar and hooked the strap onto it. Who needs resources when you are resourceful?

Sure, Al Adamson’s movies “suck” by traditional standards. The edits are choppy, the make-up and lighting is garish, and the film stock is grainy. Somehow, though, these types of films have acquired a patina, if you will, of artfulness over time. Those jagged edits and harsh lighting effects offer their own dissonant rhythm. I’m not deluded enough to say that Dracula vs. Frankenstein is a work of art on par with Kubrick’s Paths of Glory or Kurosawa’s Throne of Blood. I’ll go further and say I’m not sure there’s such a thing as an accidental work of art. Nevertheless, these flicks exhibit an artful quality that can be appreciated if one is willing to look… A certain mood or sensation that cannot be experienced any other way but through an exploitation film – with all its relative attributes. 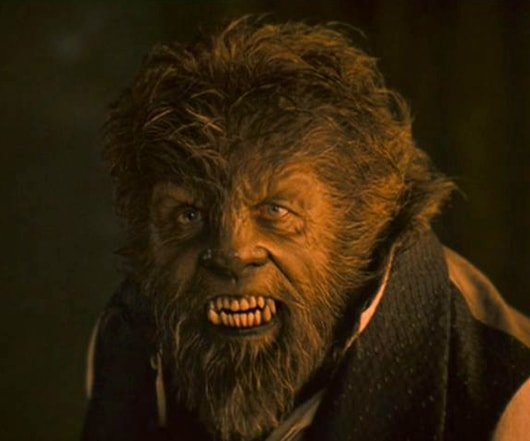 Like a trashy horror movie, real rock music doesn’t have a lot of flourish. It’s stripped down and unpolished. Keith Moon, one of the greatest rock drummers of them all, was sloppy as hell, but it sounds good that way. Punker rockers Agent Orange didn’t offer much in the way of on-pitch vocals, but they were far more appealing without Celine Dion as a frontwoman. Hell, Clyde McPhatter’s “Lover Please” doesn’t even have three chords. It has two! A major to E major, the easiest ones on the whole guitar. But what a rocker.

Whether you are turning over a bucket and using it in place of your broken drum or, like Al Adamson, buying up 30-second scraps of unused film for pennies and assembling the resultant string of quick shots into a horror flick that people are still watching 40 years later, you are rocking and rolling. As long as you can tune your guitar or focus your lens, it’s lights, camera, cowbell.