I’m talking about the massive media conspiracy to ignore Ron Paul (you know the imaginary conspiracy his paranoid disciples won’t stop talking about). This story mentions but one GOP candidate – the one, true heir to the presidency – and dispenses with the usurpers. Today, my keyboard is Excalibur, and the mainstream media is whatever got famously killed by it (I never read a King Arthur book). Ladies and gentlemen, I give you Ron Paul: 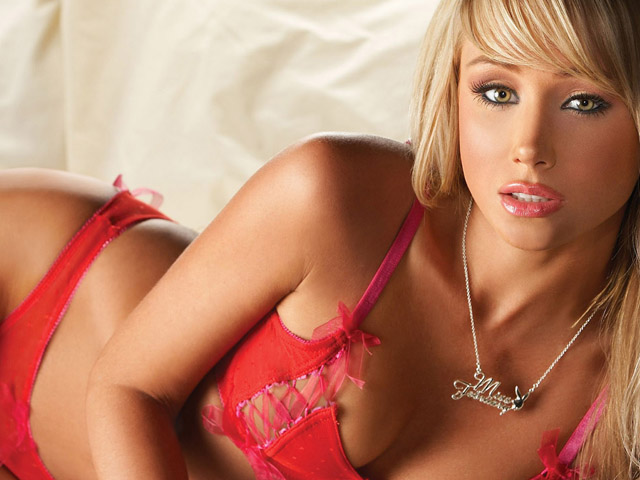 You may have heard the buzz surrounding the upcoming Timur Bekmambetov flick Abraham Lincoln: Vampire Hunter, which, in my mind, has Snakes on a Plane-fiasco written all over it. $70,000,000 is a lot of money to spend on a movie simply because the title is quirky, no? Besides, this concept has already been done by AMC’s hit series, The Walking Dead, which recently resumed its second season after a winter hiatus. But instead of a dead Republican president and vampires, The Walking Dead is about a live Republican presidential candidate and his vision for America. You know who I mean.

Ron Paul would be the ideal president in a post-apocalyptic zombie nation. Ending the Fed, dissolving all government agencies, and ditching social security would no longer be untenable ideas that render a candidate unelectable and make him appear as a cranky-but-lovable old eccentric. They’d be campaign promises delivered! And those who have fought to protect our second-amendment rights will look pretty wise when the only thing standing between you living another day and being someone’s lunch is a Desert Eagle .44 semi-automatic.

We apologize for the technical difficulties earlier. Here he is, free from mainstream media suppression, Ron Paul.

The Libertarian worldview seems to be a mix of survival of the fittest and you get what you pay for. My mother always used to say “Life isn’t fair, son. Deal with it.”* But life is fair in Ron Paul’s The Walking Dead. Looks, money, job status, family connections, Ivy League educations… none of that matters to a hungry zombie. They are singularly unpicky about who they eat.

Walking Dead fans all hate Shane (Jon Bernthal) because he shot morbidly obese Otis in the leg so the zombies would eat him while Shane escaped. What a bastard, right? But think about this: If Otis hadn’t been such a Twinkie-binging cow, he could have run faster and would not have needed shooting. Shane, meanwhile, has spent his life pumping iron and learning how to hit moving targets. No government handouts needed in Shaneville.

Without Jon Bernthal, season two would have been called “My Dinner with Zombies.”

People also hate Shane because, in the midseason finale, he got sick to death of kind-and-gentle Herschel keeping a barn full of walkers, stormed the place, and went on an undead killing spree. But it’s Herschel’s farm, you say. Shane had no right! Except, unbeknownst to us or the characters, that barn also housed the reanimated corpse of Sophia, the little girl they’d been tracking for six episodes. If that little zombie girl hadn’t been in there and didn’t get shot, they’d have to keep looking for her, and the second half of season two would suck as much as the first half. Shane did us all a favor.

I have no idea how that last bit supports my Ron Paul: Zombie President gag, but for real, why does everyone hate Shane? The only interesting things that happened in episodes 2.1 through 2.7 were Shane shooting Otis and Shane shooting up the barn, as noted above. Between those events we had weeks of plot inertia while they looked for Sophia and stood around giving speeches, then looked for Sophia again and stood around giving more speeches. Leave the speeches to Abraham Lincoln (the famous vampire hunter, who was also known as a decent orator) and start killing zombies.

In one squeeze of the trigger, Rick (Andrew Lincoln) renders the first half of season two irrelevant.

The producers seem to have gotten the message about the season-two slump. Starting from two weeks ago, the ostensible hero, Rick (Andrew Lincoln; no relation to the famous vampire hunter), has transformed from a sanctimonious pansy I wanted to bitch slap into a steely-eyed killer who didn’t flinch when popping a couple of caps in those two rednecks’ asses. Note that one of them was even fatter than Otis, so if there is a theme here, it’s that obese people shouldn’t vote Libertarian. They just aren’t that good at dodging bullets. Oh yeah, Rick’s wife, Lori (Sarah Wayne Callies), the character I most want to see torn apart by zombies, got into a car crash and had to bludgeon some flesh eaters to death while covered in blood. And Rick and Shane are now headed for a deadly showdown, OK Corral style.

See, TV people. It ain’t that hard to make a zombie show good. Zombies, snarl, and guns – and Ron Paul – are all you need.

Meanwhile, over in the semi-real but partially scripted and edited-for-emotional-manipulation world of reality TV, life is not fair at all.

Before I explain, I want you to know that I would never watch a show like The Voice. I am way too hipster-musician, obscure-euro-trash-movie watching, late ‘50s hard-bop-jazz-listening cool guy to waste my time with such mainstream fluff. Yet, for some reason, every Monday at 8 pm, my hand picks up the TV remote and turns on NBC, and my body sits itself on the couch. I’m afraid I have some as-of-yet undiscovered neuromuscular disease, because there’s no other explanation for why I’ve seen every minute of this show.

OK, life is fair sometimes. “The Voice” judge Cee Lo Green ain’t Brad Pitt, but he is a great songwriter and producer who is deservedly successful.

So last week they bring out some over-the-hill punk-rock chick with a shitty life of poverty working as a waitress in a bowling alley. She says this is her one last shot at making in big or she’s going to jump off a bridge (I’m probably paraphrasing). I want her to get out there and sing like she’s never sung before and show the world that it’s never too late to follow your dreams bla bla bla. Unfortunately, she isn’t that good and none of the judges picks her.

Next up is a 30-something guy closing in on 400 pounds (remember that the judges cannot see what the singers look like) who gives off a vibe of “I’m on disability and live with my parents.” He’s a redneck-looking white dude who loves R&B and promises a soulful delivery that will surprise everyone. Instead, he whips out a forgettable rendition of a Stevie Wonder tune (generally a bad idea unless you are a brilliant vocalist) and isn’t chosen either.

Finally, 18-year-old Mathai, whose dad is a wealthy psychiatrist, bounces onto the stage. Her plan B if she can’t make it in music, by the way, is medical school. Poor kid. Of course, she is attractive. Not Megan Fox attractive, but she is pretty enough that, with a good makeover, she would easily surpass Lady GaGa in the looks department.

Don’t be surprised when Mathai wins The Voice.

Then the music starts. Mathai begins singing. Of course… Of course… Her voice kicks ass. The judges, verklempt, all go crazy for her and declare that she is destined to be a star. She gives a coy smile and thinks, “It’s fun to be me!”

I hope, for her sake, she can run fast. Because if I ever become a zombie, I’m making a beeline for that little punk. All’s fair in love and lunch.

*She never actually said that, but I’m sure somebody’s mother did.