She Blinded Me with Science

At least once a day I ask myself, “If Mahatma Gandhi were alive right now, how many Facebook friends would he have? Like, a billion?” You probably think about that kind of thing, too.

I’ll leave it to our blogmaster James Killough to discuss the intricacies of Indian culture, but I bet Gandhi would have been a social media whore if technology of the time had permitted. Hell, Gandhi could have ended British colonial rule with an iPhone and a LinkedIn account. Now, 63 years after his death, the human race is facing an epochal moment that would have made him proud, thanks to modern gadgetry that has given ordinary people a real voice. Just ask Bank of America.

Emanuelle Chriqui has no relevance to this post other than if Gandhi were alive, as a connoisseur of gorgeous babes he would have helped vote her to the top of AskMen.com's Most Desirable Women.

Ben Kingsley will probably never play her in a movie, but it took Los Angeles Art Gallery owner Kristen Christian only a month to organize a national bank bailout via Facebook, though this time, the 80,000+ people she has rallied are not bailing out the banks. They’re bailing out of them. Christian is encouraging people to show the big banks who’s boss by taking their business local en masse. She’s demonstrating what we all know intrinsically, and she’s doing it with a free Web site: There’s strength in numbers. Damn, and I thought eBay was the shit. Now we’re starting a revolution!

As everyone knows, Bank of America had the hubris to announce a 5-dollar-a-month ATM card usage fee (I was previously led to believe the cards saved the banks money already) the same week they posted a 6 billion dollar profit – which, by the way, amounts to 16.5 million dollars per day over the course of a year or about $20 for every single American resident. The folks in BoA’s boardroom are so used to shitting all over their customers and laughing about it, their testicles must have retracted when they saw how fast and threatening was the opposition. They quickly backpedaled on the fee, so perhaps it really just requires an internet connection to take on Goliath. And we’ll have to do so ourselves, since our plutocratic government long ago stopped pretending to serve us. I mean, does Eric Cantor realize what an establishment douche he looks like by railing publicly against Occupy Wall Street? He should cry over a beer with Hosni Mubarak.

Morris Chestnut (above) isn't going to appear in this story any more than Chriqui is. For my money, he's the handsomest guy on television. Better than putting Cantor’s constipated face here.

So while everyday Americans are finally figuring out how to seize power with telephones and laptops (which, you’ll notice, don’t accept bullets or feature a firing mechanism), our House of Representatives was busy last week voting to make, “In God We Trust” the national motto, despite the fact that it already was. Yup, that was the agenda this past Tuesday night. At the end of this paragraph, for your edification, you will find a comprehensive list of all the ways affirming “In God We Trust” as the national motto will help resolve this country’s economic crisis, balance the budget, and improve our national security.

Whew. I almost got carpal tunnel syndrome typing that list. Though, I wonder, what exactly has almost 2000 years of trusting god accomplished? Has it fostered democracy? No, that was the Enlightenment. Has it created a public school system? I’m pretty sure that’s a social program paid for by taxes. Has it cured small pox? No. Science did it.

I’m not here to rag on religious people. I used to be one. I’ve known plenty of Jews, Muslims, and Hindus, and, as the son of minister, I’ve been surrounded by Christians my whole life. Many of these folks have been good, caring, and generous people who are open-minded to varying degrees. But there’s that other type, the zealous godbot, who will claim that I “worship at the altar of science,” and that my godlessness means I “lack imagination,” as if blind obedience to a Bronze Age fairytale equates with being imaginative. If you refer to yourself as an evangelical, think your religious domain extends to a woman’s uterus, and secretly long for a theocracy that institutionalizes the killing of gays, I’m talking about you, godbot.

If church were more like this, I’d still go. (Ph: lizvicious.com)

Godbots take the bible as literal truth. Many of them think the Earth is less than 10,000 years old, despite mountains of evidence that prove, beyond all doubt, it is not. Some godbots, try though they might, have not been able to reconcile this “young Earth” view with the obvious contrary reality, so they developed a similar concept called Intelligent Design and couched it in scientific terms for legitimacy.

I confess to taking enjoyment from watching the likes of Richard Dawkins belittle and befuddle godbots, and I equally enjoy his exasperation as he tries to reason with people for whom logic is the devil’s ejaculate. But, as much as I like Dawkins’ books, he is a bit of a prick and probably alienates more people than he enlightens. Ditto for Christopher Hitchens, who has made a career of claiming religion is the scourge of the Earth. While a lot of what he says is true (Mother Teresa was more overrated than Aerosmith), not every churchgoer is an intolerant prosthelytizer bent on dominionism.

Dawkins with an icon of the only god there is.

If you peruse religious debate in the blogosphere, most of it quickly devolves (ha!) into a bitch fest about which is worse for mankind: religion or atheism. “What about the crusades?” Oh, yeah, you own Stalin. “Say, how did your inquisition turn out?” You must be proud to have Adolph Hitler on your side. “Hitler was Catholic.” Was not! “Was too!”

My message to the unbelievers is: Let science do the talking. Science has medicine, physics, chemistry, electrical engineering, and modern communications. Godbots have a book written when people other than Pat Robertson thought volcanoes erupted because God was angry. Science has biology and astronomy. Godbots have a borrowed deity and a recycled son-of-god myth. Save your body-count argument for discussing the relative merits of Friday the 13th films.

I’m addressing creationists, here. Most of the Christians I know believe in evolution and are either open to or semi-tolerant of gay marriage, and, frankly, I’m not sure most of them really think Jesus was the son of god. Religion gives them community, spiritual comfort, and a sense of well being, so, please, don’t let my militant ranting stop you. But if you’re going to act like a GOP presidential candidate and say evolution is “just a theory,” and you’re going to insist the United States was founded on biblical principles, and you believe that anyone who isn’t a Christian conservative is imposing their morals on you simply by existing, then I’m taking the gloves off. No more Mr. Nice Guy. You know what happens to the Incredible Hulk when he gets pissed? Well, I’ve got my purple pants on, and not the ones I wear to Disco Night at the volunteer firehouse either.

This is what happens to me when someone says “atheism is a religion.” Yeah, and my hobby is not collecting stamps.

Social media’s unintentional co-conspirator in inspiring this story is Jerry Coyne, an evolutionary biologist at the University of Chicago and author of a book I’m reading called Why Evolution is True. It is the most lucid, accessible, and definitive book on the subject of natural selection that I’ve ever read. Coyne does not come across as a militant atheist or profess an anti-religion agenda. He simply lays out, in a convincing and comprehensive manner, why the theory of evolution is one of the most exhaustive and easily defensible in all of science. Of course, no creationist will bother to read it, just like I won’t read a book about how people once saddled up and rode dinosaurs around or how Noah was able to coax 15 million species of animals onto a boat only big enough to hold about 10 of them, provided they didn’t eat anything. Seriously, Noah, where’d you keep the 5 tons of elephant food? Or was the Ark like Santa’s sleigh, except with an endless capacity for animals rather than wooden trains and Barbie dolls?

It's sad this book even needed to be written.

Anyway, I’m not going to regurgitate facts here. You can read the book yourself to reaffirm all the reasons you thought evolution was true, while learning a host of new ones. Written for the informed layperson, Coyne’s volume makes short work of every Intelligent Design argument I’ve ever encountered. And if you want a laugh, go track down some of the scathing reviews posted on the internet by various members of the righteous godbot community. My favorite was the guy boasting that this book was a waste of time, as “the theory of evolution has been thoroughly bunked.” Oh my lord. Bunked? And by whom? If these people are your friends, God, who needs Richard Dawkins for an enemy? 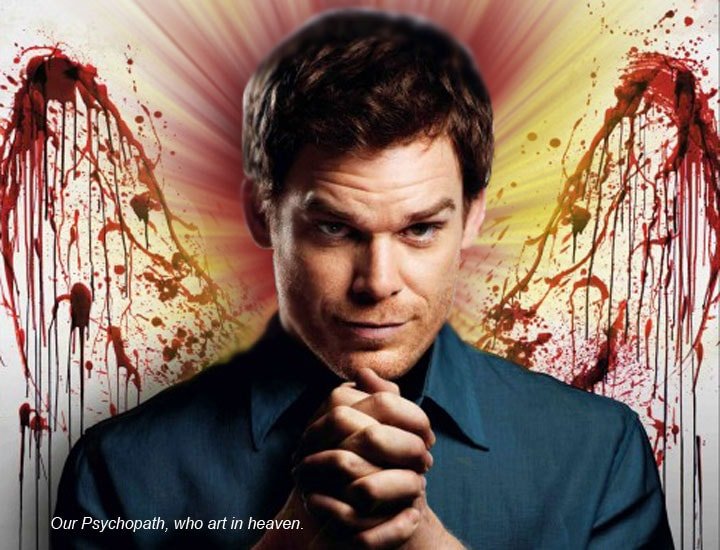