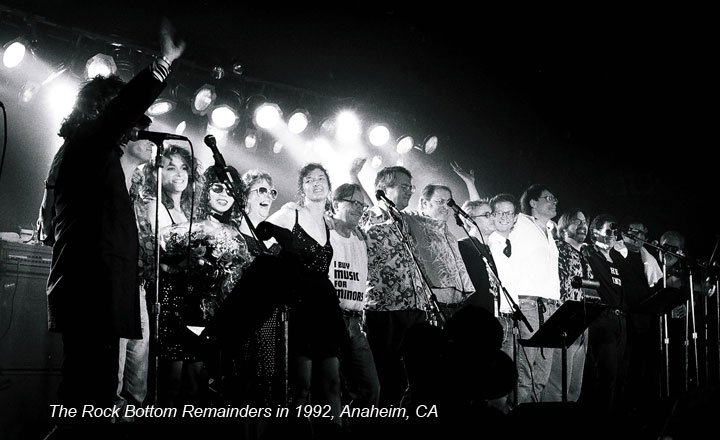 For the past twenty years, the bestselling author band The Rock Bottom Remainders—comprised of Amy Tan, Stephen King, Scott Turow and others rotating instruments, dropping in and out—have been touring, mostly raising money for charity.  Now it appears their last two performances will be here in southern California, after which they are calling it quits.

Read more at HuffPo about their history.  And definitely watch Tan’s rendition of “These Boots Are Made For Walking.”  She sings the whole thing with her middle finger raised in “fuck you.”  Oh, these writers: never pass on a good symbol.