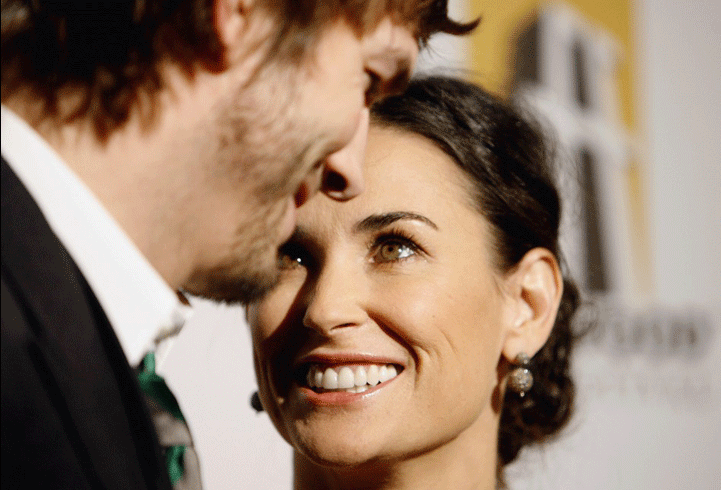 A popular belief—the sort of white alligator haunting the sewers of modern sexuality—is that women get hornier as they get older, while a man’s sexual drive diminishes.  We can’t find any studies to back this up online, other than some rather halfhearted studies about hormone levels in men declining at a faster rate.    We’re inclined to speculate that women over thirty-five are as horny as they’ve ever been, except now that they are no longer on the defensive fending off as many predatory attacks from men, and having gained a natural confidence and wisdom that comes with age, they can express who they’ve always been and become sexual predators themselves, which is why the somewhat discomfiting moniker “cougar” is perhaps entirely appropriate.

Simply from a branding awareness standpoint, we commend CougarLife.com for making the audacious move of erecting a billboard right in the middle of the Sunset Strip in West Hollywood, bearing the simple headline “CougarLife. For Motherf*ckers.”  Apparently, the 90069 zip code of that area of Weho has the largest per capita concentration of MILFs in Los Angeles.  We would question this research as well; we’re more inclined to think it would be Beverly Hills, but there will be a snowstorm in the middle of August on Rodeo Drive before the notoriously censorious Beverly Hills City Council will ever allow a sign like that to go up.

The cougar/motherf*cker dynamic is a happy solution to the first-world problem of aging single women finding companions, provided the older gals don’t set themselves up for disappointment with any Demi Moore-ish delusions that the relationship is going to last forever.  The aforementioned confidence of older women is indeed more alluring than the capricious, changeable behavior of twentysomethings who are still trying to ‘find’ themselves, and who might spend more time trying to fend off the advances of young men than attracting them, especially if the cougars in question take care of themselves, which isn’t a problem in the body-conscious 90069 area code.

The sweetest of what used to be called “May-December romances” has to be that of Savages star Aaron Johnson and the director on his debut film Nowhere Boy, Sam Taylor-Wood.  They started dating during production of their film when he was nineteen, she forty-two.  After two children together, they married a couple of months ago, shortly after he turned twenty-two.  They’ve both taken the last name Tylor-Johnson. Awww. For all of our single gal pals over thirty-five out there who lament the lack of men their age interested in dating older women, just do what the older guys are doing themselves and go younger.  Now that you have your own online dating service—for our gay readers, the equivalent is DaddyHunt.com—you might be pleasantly surprised.

If we were to rewrite the copy on the billboard, we might go for the more subtle, “You’ve come a long way, baby.  Time to go further.”  Maybe we’re wrong: Anyone who remembers the old Virginia Slims ads might have retired from the game entirely.