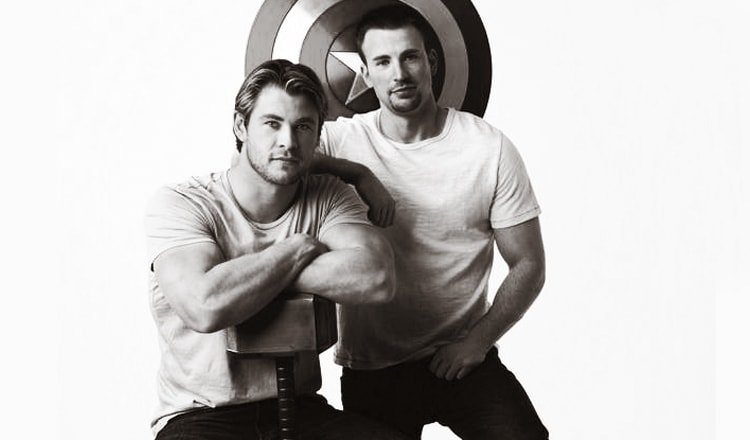 The plot is barely relevant beyond the concept: S.H.I.E.L.D. director Nick Fury (Samuel L. Jackson) must assemble the world’s greatest superheroes – Iron Man, Captain America, Thor, The Hulk, Black Widow, and Hawkeye – to save the Earth from an intergalactic assault led by Thor’s brother Loki.

Robert Downey Jr., Chris Evans, and Chris Hemsworth reprise their respective roles from Marvel’s existing franchises, with Mark Ruffalo taking over as The Hulk and doing well in limited screen time. Scarlett Johansson is slightly out of place as former Russian spy Natasha Romanoff AKA Black Widow, a character better suited to a James Bond film, but Jeremy Renner manages to make the dull character Hawkeye enjoyable, mostly through well-timed grins and winks that probably aren’t in the script. Gwyneth Paltrow pops in a few times as Iron man’s girlfriend, perhaps to make the audience go, “Holy shit. There are a lot of famous people in this movie.” The middle act, with the gathering of the superheroes and the inevitable but temporary defeat at the hands of the bad guys, is the best part. The banter between the characters is fun and invites my inner geek to declare, “Iron Man and Captain America and Thor on screen at the same time! Oops. I need to change my shorts.”

The final battle, which lasts longer than most entire films, is so similar to the end of the third Transformers movie that I can’t believe no one got sued. The Avengers’ biomechanical villains even look like the other franchise’s baddies, The Decepticons. Though the sequence would benefit from being trimmed by a few minutes, Whedon does a remarkable job of giving every star equal screen time and copious hero shots.

The flaw of most summer action blockbusters is their melodramatic, one-note villains. The Avengers does not avoid this pitfall, which kept the film from being great. Tom Hiddleston is a good actor and performs the role of Loki well, but this bad guy is interchangeable with Red Skull in Captain America and Ares in Wrath of the Titans. God, where is Alan Rickman when you need him?

Eric rates Marvel’s The Avengers as

Topless Amanda Seyfried has been responsible for so many clicks on this blog that her breasts should really be featured on our About Us page, somewhere above occasional contributor Chris Cramer’s picture and very close to my face. Yup. Amanda’s breasts next to my face. Are you still talking about our About Us page? I’m not.

Despite the fact that unfamous women’s boobs are often as nice as those of famous ones, and that the waitress at their local Hooters may be similarly equipped and certainly more accessible than Amanda Seyfried, people click here in droves to look at the occasional topless shot we’ve posted of the actress from her pseudo-racy romantic-suspense film Chloe that nobody watched a couple years ago.

Screenshot of PFC’s top-10 search term stats to date. We are the home of Seyfried boob.

Thursday was the National Day of Prayer, an event held annually since 1952 in which people all across the country give God a headache by talking to him simultaneously. In unrelated news, an astounding 50 million people won the lottery on Friday.

Actually, the world is still pretty much the same fucked-up place it was before everybody prayed, which should give a few folks out there an epiphany. As a nonbeliever, I do not feel as if my civil rights have been trodden upon, probably because I live in Leftyville, New Jersey where church is for old ladies with blue hair. My idea of separating church and state involves keeping religious entities away from public policy discussions and legislation. If people want to bow their heads, close their eyes, and bounce thoughts around their skulls for a few minutes every May 3, go for it. I don’t mind the quiet. Hey. How did another shot of Johansson get here?

Meanwhile, the atheists held a counter event on Thursday called National Day of Reason, during which people were invited to trade religious texts for books on evolution and so forth. This is fine, although I’m pretty sure they are unpreaching to the non-choir.

I wish atheists would choose their battles more wisely, though. I’m concerned with the inundation of lawsuits, particularly the recent one threatened by The Freedom from Religion Foundation (FFRF) against a Rhode Island firehouse for displaying a nearly 100-year-old memorial topped with a cross, which nobody knew or cared about a week ago. Good rules for life: Never kick a puppy or bully a small-town firehouse.

As with the animal rights activist who throws paint on a woman in a fur coat or the Star Wars nerd who blogs that the prequels are better than the originals, some acts of protest alienate more folks than they enlighten and tend to rally people against their cause. Perhaps, on a technicality, the memorial is unconstitutional, but a large segment of our judiciary has given up ruling on the basis of law when it comes to public policy anyway. More importantly, it makes the FFRF kind of look like assholes. I guess we gotta put a relevant in here somewhere. Say hello to Dan Barker.

I admire the organization’s co-president Dan Barker a lot. His book, Godless, which tells about his deconversion from an evangelical preacher to an atheist, is at once hilarious, earthy, and empowering. But I wish he’d take a more subversive approach to making his point. Say, for example, making a plaque espousing Islam’s five pillars of faith and setting it up at a local courthouse in Texas or Iowa, right next to the Ten Commandments. Then sue the town when they try to remove it. That might raise thoughts instead of hackles.

A few months ago I wrote about NBC’s The Voice as an improvement upon American Idol. I’ve tried to stick with that opinion and with the show itself, but after weeks of blind auditions, battle rounds, and frequent eliminations (What? I drink a lot of tea), I can’t take it anymore. It’s still better than American Idol, but so is my TV when it’s turned off. I’m old so I can say this: No one over 25 should be allowed on this show, because if you haven’t become a pop star by then, you aren’t going to. This week we learned that that the four finalists are a career back-up singer with no personality, an ex-child actor in his thirties with a grating personality, a sort-of opera singer with a robot’s personality, and a gravelly voiced chick who sounds like recycled Bonnie Tyler and has had something like four records deals fall through in the past. I hope the opera guy, Chris Mann, wins, because a niche market exists for crooners singing Andrew Lloyd Webbery popera, and he can sing. The rest of them are simply hype, and the coaches/judges are leading the hyperbolic charge.

Coach Adam Levine has told at least 7 or 8 contestants that they’re “the one to beat” and that “this is only the beginning,” when he knows that most are doomed to return to obscurity. A few weeks ago, Cee Lo Green said to off-key wailer Chessa, whom he had to repeatedly save from elimination, that she was the power vocalist of her generation. I howled with laughter (in my mind). Her pitch is so flat it’s a cartoon character.

Nuttiest of all was Blake Shelton saying to mediocre belter Erin Willet on Monday, “I wish I had one tenth of your talent.” Good grief, Blake. The Voice is nothing but high-stakes karaoke. America has countless Erin Willets who can passably holler out an Adele song. Meanwhile, you are a multiplatinum singer and writer of hit songs with a massive following, not to mention a true country western voice. Humble is good until it becomes parody.

Our Schizo of the Week is none other than New Jersey’s own Patricia Krentcil, who made news this week for (allegedly) taking her kindergartener to a tanning salon. Dear news media, have you ever heard the expression “Can’t see the forest for the trees”? It means the news story here is not whether the lady put her kid in a tanning booth. The news story is that this lady is a fucking freak. Did you see her face? We, your faithful public, sure did. What you should be investigating is, “How in the hell is this woman not dead?”

The only time my home state gets in the news is when he new season of Jersey Shore starts, when our belligerent governor goes Tony Soprano on somebody’s ass yet again, or when some walking corpse puts on her metaphorical clown shoes and goes out in public. Who knows? Maybe Ms. Krentcil is vying to be cast as Red Skull’s mother in the Captain America sequel.