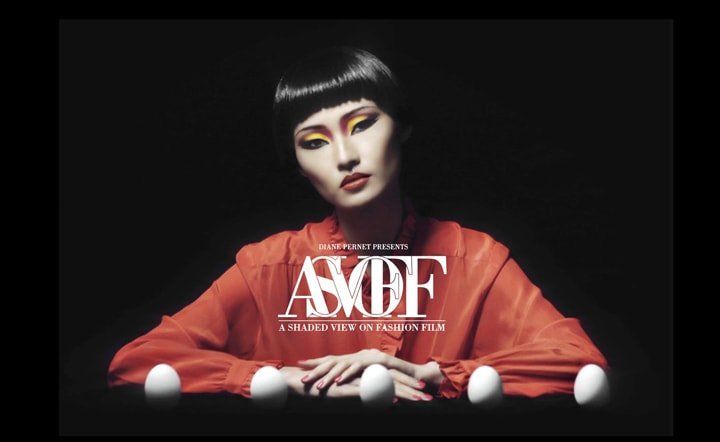 Our fashion fairy godmother, Diane Pernet, true to her character in the children’s book James Killough is writing with her, seems to be everywhere at once.  As we post this, her A Shaded View on Fashion Film festivsal opens in Milan, and runs all weekend.  We’d love to be there.

ASVOFF MILAN, A Shaded View on Fashion Film (http://www.asvoff.com), will touch down in Milan from 22 to 24 June, coinciding with the upcoming men’s fashion week.

The groundbreaking international fashion film festival founded and directed by Diane Pernet will take place for the second time in the city of Milan.  Curated and organised by Federico Poletti & Stefania Seoni, this landmark edition is supported by the NABA Academy in collaboration with Vogue.IT and ArtEventi under the patronage of the City of Milan’s Culture, Fashion and Design Department.

Celebrating “destiny” as its theme, the short film contest for ASVOFF Milan 2012 was launched as an ‘open call’ several months ago by Diane Pernet on her blog ASVOF www.asvof.com. Films selected for competition are limited to one minute in length and explore a diverse range of perspectives on “destiny”.

ASVOFF is a travelling international competition of short films from around the world that places fashion, style or beauty in the role of the protagonist.  The event also showcases feature films, documentaries, conferences, performances and installations.  Since its launch in 2008, ASVOFF has become a must-see on both the fashion calendar and the film circuit, hosted by prestigious institutions worldwide including the Guggenheim Bilbao, the Barbican, Rise Cinema X, Hyères Festival and Arnhem Biennale  in many of the world’s creative capitals including New York, Tokyo, London, Milan, Barcelona and Mexico City.

The festival has gained critical acclaim for encouraging both emerging and established artists and brands for stimulating them to consider new ways of presenting and communicating fashion.  ASVOFF continues to shake up the old rules an industry long dominated by the still image by putting the focus on the moving image and by probing the power and personification that fashion evokes on screen.

23 June 2012
6pm – 8pm
A selection of the best films from ASVOFF presented by Diane Pernet.

24 June 2012
6pm – 8pm
A selection of the best films from ASVOFF presented by Diane Pernet.
&
9pm -1am ASVOFF Party (by invitation only)
Riccardo Grassi Showroom – via Piranesi 4 Milano

Diane Pernet is a world-renowned fashion critic and video journalist based in Paris. Previously a photographer and fashion designer, she now acts as documentary filmmaker, talent scout and fashion blogger on her site A SHADED VIEW ON FASHION  (www.asvof.com), which since its inception in 2005 has become a ‘must-read’ in fashion and creative industry circles. Pernet was recognised in 2008 for being a pioneer in digital media when she was chosen as one of three influential global bloggers to take part in a panel celebrating a seminal fashion exhibition at New York Metropolitan Museum of Art.

As one of the most recognisable faces in fashion, she has also been captured on the other side of the movie camera through cameo appearances in Robert Altman’s film, ‘Prêt-à-Porter’ and in Roman Polanski’s ‘The Ninth Gate’.

While contributing to some of the most highly-acclaimed fashion magazines and pioneering online media, Pernet launched ASVOFF (www.asvoff.com) in 2008. As the founder of the world’s first film festival dedicated to fashion, style and beauty, she is widely considered to have incubated the ‘fashion film’ from its infancy to the popular genre that it is becoming today.

Pernet is not only credited with providing the first platform of its kind for the ‘fashion film’ genre to evolve and flourish, but also with helping ‘fashion film’ fulfil many of its early promises which were to revolutionize the fashion industry, breathe life into static photography, offer a new outlet to filmmakers – and to trigger several important commercial, business and digital media opportunities across the fashion and movie industries.

NABA (New Academy of Fine Arts) is the largest private Academy of Arts and Design in Italy and since 1980 it is has been officially accredited by the Ministry of  Education, University and Research (MIUR). NABA offers undergraduates and post graduates in the fields of design, fashion design, graphic design, media design and multimedia arts, theatre and exhibition design. On completion of the program, students obtain a diploma equivalent to and valid for further studies in the university system both in Italy and abroad. Founded in Milan in 1980 through the initiatives of Ausonio Zappa, Guido Ballo and Gianni Colombo, the initiative was originally motivated to challenge the existing rigid academic tradition by introducing new visions and languages. In 2009 NABA joined Laureate International Universities, an international network of accredited universities that includes a community of over 675,000 students worldwide.

Sara Maino – Senior fashion editor of Vogue Italia and Vogue Talents editor.
Simone Marchetti – Deputy editor of D-Repubblica.it and Fashion Editor for D of Repubblica and Affari & Finanza.
Anton Giulio Onofri – Curator since 2008 at Luiss TV, a, internet television broadcasting channel of LUISS Guido Carli University. He also works as a curator for for several prestigious contemporary art foundations such as Fondazione Pastificio Cerere in Rome and Ermanno Casoli Foundation in Fabriano.
Sergio Tavelli – Sound curator of fashion catwalk shows and events, Resident DJ at Plastic Milan.
Giovanna Bertelli – Expert in photography and photo editor, professor at the Academy of Fine Arts of Brera in Milan. She has designed and realized many photographic volumes and exhibitions.