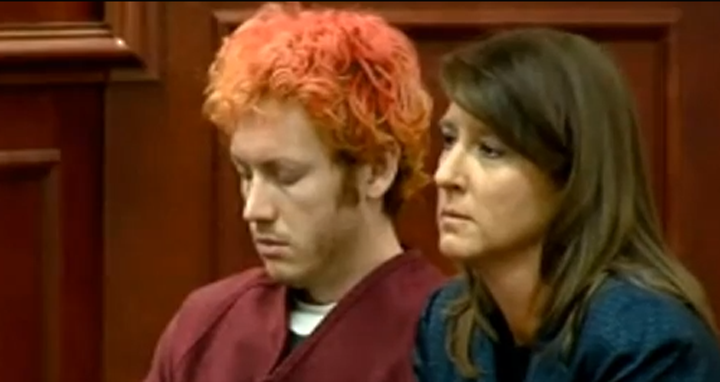 There could be a few reasons for the cause for James Holmes nodding out during his first court hearing today, but the cause itself remains the same: he was sleep deprived.

Perhaps he was wracked with remorse and didn’t get a wink all weekend. Most of use would certainly have been tormenting ourselves after an action like that and probably never slept again, but most of us would never have committed anything near that crime to begin with.

Or it could be that he was on drugs , perhaps days, weeks or even months on something like crystal meth or a derivative like the cannibal-creating “bath salts,” and that he’s coming down now.  This could explain his psychosis, not to mention the nodding out in court.  We don’t see anywhere online that Holmes was tested for drugs, so we may never know.  But not having seen any indication that he was “insane,” as people keep saying everywhere, we’ll just keep scratching our heads for answers. The most probable one, offered by a psychiatrist in the comments section of HuffPo—that Holmes was simply a narcissist in a murderous rage for having failed at the PhD program—is too prosaic to justify such a horrific crime.