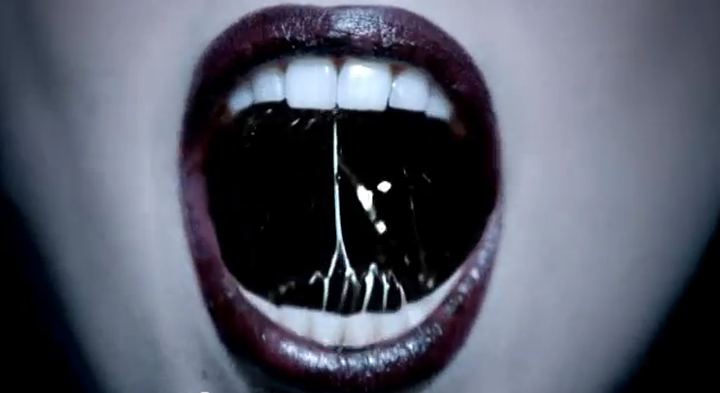 We’ve got a special treat for you today, boys and girls. Everyone is posting the new Lady Gaga perfume ad for Fame, but nobody is doing it as a Super-Special Double-Feature Post in conjunction with Steven Klein‘s spread for W starring Linda Evangelista in a new twist on the bored-housewife-in-fetish-gear shoot.  And that new twist is… she’s got fake boobs!

Evangelista isn’t a very nice person, but to her credit she doesn’t try to be, and we appreciate honesty above annoying unpleasantries like false humility, which is usually just acute insecurity fishing for relief from itself, anyway.  She’s also a great model in the sense she looks like nobody else and does something with that uniqueness to loan a performance to the clothes and the story.  As for photographer Klein, he has always delivered his brand of stagey humor, rather than just having a girl run around while he blazes off film and grabs a random snap, so we applaud him for the effort. (Video after the jump.)

We were always told that when women selected a perfume they were buying a fantasy and the campaign for it had to be aspirational, so we’re imagining that what girls want now is Fifty Shades of Grey.  Period.  No more breathless existential surrealism rolling around in the surf.  It’s, like, gimme my bondage, my latex, black sprinkly lipstick, my crampon fingernails, strap me down, insert something (anything that isn’t flesh), and then tighter, no, I said TIGHTER, more, I’ve been so naughty, YES!

The breathy Christmas-perfume tag line at the end—”Gaga. Lady Gaga.”— is a riot, and just goes to show: It’s all Calvin Klein, baby .  Enjoy: