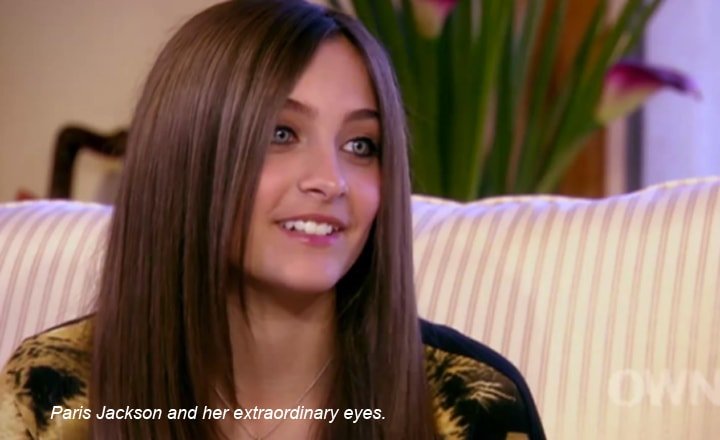 We’ve been saying for a while that the only way for Oprah to stop hemorrhaging money and pull auds back in is to get back out there and have her own OWN show.

Well, it seems that $330 million in losses have finally made up her mind, and she’s launching a new show called Oprah’s Next Chapter. Her first interview is with Michael Jackson‘s daughter, Paris.

Paris is looking less like the natural daughter of a black man every day, but that seems to be the elephant in the room everyone is ignoring.  Actually, it’s more like a herd of elephants, but never mind.  Regardless of who her biological father is, Paris certainly has extraordinary eyes and promises to be a stunning young woman in a few years.  Let’s hope she doesn’t follow in the footsteps of that other pretty heiress with her same name.

Our first reaction was “Oprah is talking down to this girl with the air quotes and the ‘Do you remember when you were little-little?'” But it’s clear from Paris’ reactions and statement that Chuck E. Cheese was her favorite place to go when she was little-little that she is no precocious thing.  Or else she’s still doing the Michael Jackson infantilizing act.  Either way, Big O’s tone is right on the money, as usual.