Sigur Rós and the Angry Inch 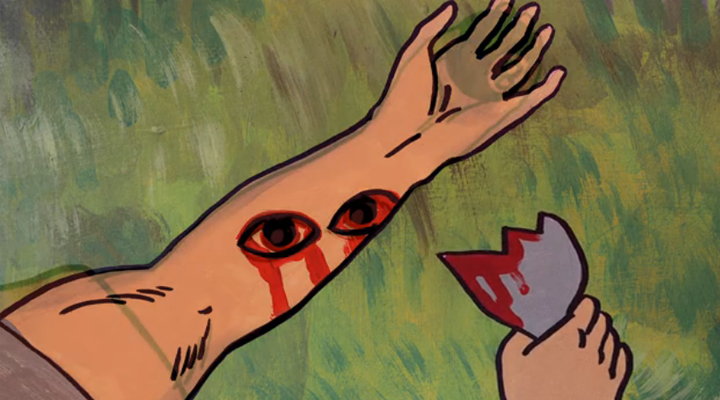 We’re sure there was little arm twisting involved when Sigur Rós offered a dozen filmmakers “a modest budget” to make short films set to their new album Valtari.  Known collectively as The Mystery Films, — presumably an acknowledgement that they are willfully cryptic in that frosty howling Icelandic way—the most famous so far has been Fjögur píanó starring Shia LaBeouf ‘s dick.  Of course, we ran a piece about that because slapping such things on the front page drive up views to the site to, like, the super nth power compared to a slideshow of Zaha Hadid‘s latest museum of esoterica in Outer Mongolia, which might take us a couple of hours to assemble and will please three people.  No.  No more Zaha in China.  We are firmly dedicated to tasteful viewings of celeb nudity whenever possible.

As is director John Cameron Mitchell, best known for his astounding creation Hedwig and the Angry Inch, which he wrote, performed and directed, and made us all greed with envy.  Mitchell has teamed up with cartoonist and animator Dash Shaw, with whom he is reportedly working on an animated feature, to create the ninth short film for the wailing Icelanders.

We’re running it here because it’s kinda atheist in a religious kinda way, and kinda gay in a Genet kinda way, but mainly because the line “It’s hard to look at a love you cannot understand,” sent us into a tailspin of existential thought for about five seconds until we realized that it’s kinda silly in a poetic kinda way.