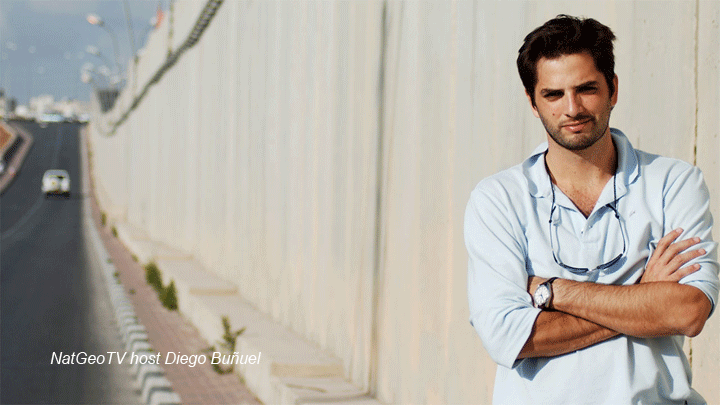 And that has to be the most gratuitously sensationalist headline we’ve ever run, or it would have been were this 1980, when the Islamic Revolution was still holding hostages from the U.S. Embassy in Iran.  (We are thankful for the greater transparency of the modern world that shenanigans like that would be impossible for the Republicans to pull off today, or Obama might have some concocted international crisis on his hands heading into this election. There’s still time for one, though we doubt anyone is going to extend themselves that way for Mitt Romney.  Maybe when Hillary runs…) Francis Bacon’s “Two Figures Lying on a Bed” was deemed too homoerotic. NOOOO!

It appears that at long last, the Tehran Museum of Contemporary Art is displaying the famous collection of modern art that was hoarded by the Asma Assad of her day, Empress Farah Palavi.  The art was considered degenerate and unsuitable for sensitive Iranian eyes, blah blah.  Allah o akbar.  Snore.  Rather than destroy the trove of Pollocks, Warhols, Van Goghs, Lichtensteins, Hockneys, Bacons, et al., the wily ayatollahs wisely threw a burqua over the whole thing and kept it in the basement, while apparently cramming the museum full of art about… themselves, of course.

Instead of spending hours piecing together a bland slideshow for you that catalogs highlights from the collection—not that we wouldn’t take the time for you, dear reader, but it is the middle of August and two earthquakes hit L.A. today, so we’ve decided to live a little while we can—we bring you the video below, shot a few years ago for NatGeoTV by Luis Buñuel‘s grandson, Diego.  It’s far more lively than the slideshow, which, let’s face it, you wouldn’t have looked at anyway, imminent earthquake or not.

What a find Diego is!  Almost as exciting as the artworks themselves.  He’s tall, masculine, great voice, sexy while not being too pretty, sample-size slender.  His show for NatGeo is entitled “Don’t Tell My Mother I’m Going To…”and then the danger zone is filled in for wherever he happens to be reporting from—each show follows Diego as he visits countries making headlines,

but instead on focusing on the same three basic stories, he extends the reach of his eye to look at a more subtle vision of these countries, full of culture, people, interests that rise high above the daily news reports.

We like that Diego thinks about his mother before leaping into dangerous Iranian museums, that he rises so high above daily news reports.  Most of all, we hope that when he comes to L.A. to cover the massive earthquake we’re about to have, he’ll buy us dinner near the shelter we’re sleeping in.