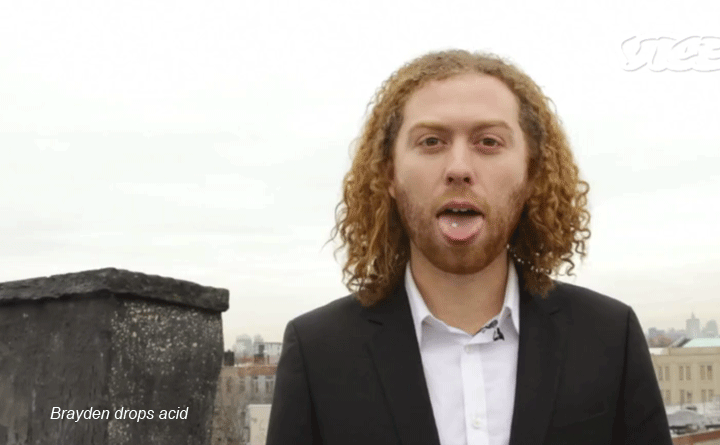 Not since the hilarious mockumentary Best in Show have we been so charmed by a segment filmed at the WDS.  In the video below, Brayden from Vice Magazine takes his first hit of acid ever and journeys out into the wilds of Madison Square Garden to meet show dogs and their owners.

This is the kind of video content we aspire to create here at PFC, eventually.  It’s almost a pity he doesn’t “trip hairy balls,” but he seems like a reserved kinda guy, and the segment comes out rather sweetly.  Now, if we could just convince Adam von Rothfelder to do the same, maybe take his clothes off and run around with some of those dog women…

This isn’t the first time acid has been dropped at Madison Square Garden, but it’s usually a rock concert. Something we learned from this today: apparently dog lovers aren’t as fat as cat lovers.  Enjoy: