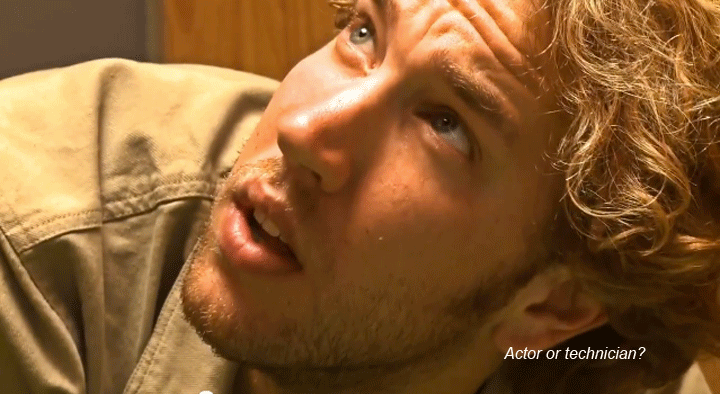 Filmed content is what we love best to create at PFC, so when a clever viral vid comes out that not only has everyone talking, but sparks controversy, we’re all over it.

Korean mobile phone and LED display manufacturer LG Electronics has supported some audacious and pretty out-there film endeavors before.  Most notably from our standpoint, they seem to have given Chinese auteur director Won Kar Wai a substantial chunk of money to complete his achingly beautiful, abstract piece of fashion fluff 2046, or at least that what we surmise from the end credits, and from the fact we know that he shot commercials in between breaks in shooting the feature itself.

A far more traditional direct sales pitch is this film of a disappearing elevator floor for the new LG IPS Monitor.  (More about the controversy after the jump.)

Quite a few commenters on Reddit and YouTube aren’t buying it, calling fraud on the whole production.  Someone has even caught the the reflection of a green screen in the elevator railing.

We can’t seem to find who created this to ask them how it was done.  LG’s last agency of record was Bartle Bogle Hegarty, but they apparently dropped LG after they were asked to bid every single campaign rather than be the single AOR.  LG said this unusual move was a cost-cutting measure.  What might have happened is the business was carved up into many components and farmed out to smaller shops—that’s actually quite clever if one wants to save money on creative, if annoying to the Big Boys and their big commissions.

Where do we stand with the controversy? Even a cursory glance suggests that everyone in the video, including the the technicians, has been cast. We could be wrong.  What do you think?  Here’s the glimpse of green screen caught by Redditor Beethy: