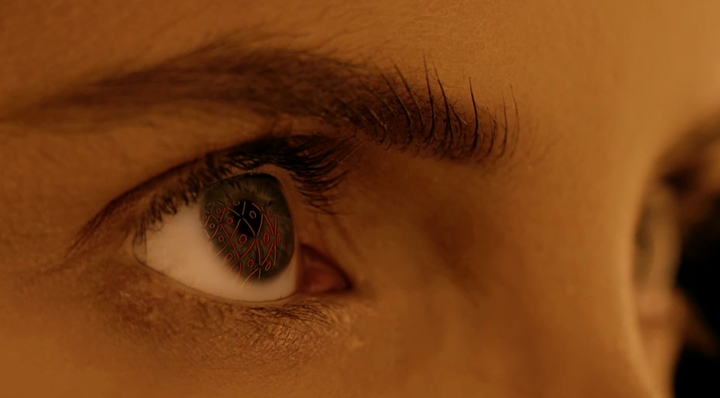 We haven’t been informed as to whether hiring Dutch director Bart Hess to create a sleek, futuristic film signifies a reboot of the brand, which all luxury goods houses subject themselves to since Gucci set the trend and the standard for Lazarus-like resurrections of fuddy-duddy Italian houses when they hired Tom Ford to yank them out of the musty crypt they had buried themselves in.

We ran another film of Hess’s, Close Shave, during the Olympic Games, and it proved to be quite popular, not least because it featured a hunny with a gorgeous body being shaved all over by giant blades, and it wasn’t even co-branded by Gillette, which is what we would have done.  If Gillette were only a little gayer.

We’re pilfering this piece from Nowness, so we’ll allow them to explain it in their own words:

“Taking the brand’s iconic circles-and-diamonds pattern as inspiration, the maverick Dutch director created a futuristic neon cityscape to explore the interplay of light on material. “I wanted to see the pattern reflected in all kinds of materials, because it can tell you a lot about surface and quality,” explains Hess. Shooting in Eindhoven’s cutting-edge Temporary Arts Centre, Hess crafted an installation of 81 light tubes to illuminate the exclusive next-season pieces by the cult leather maker.”