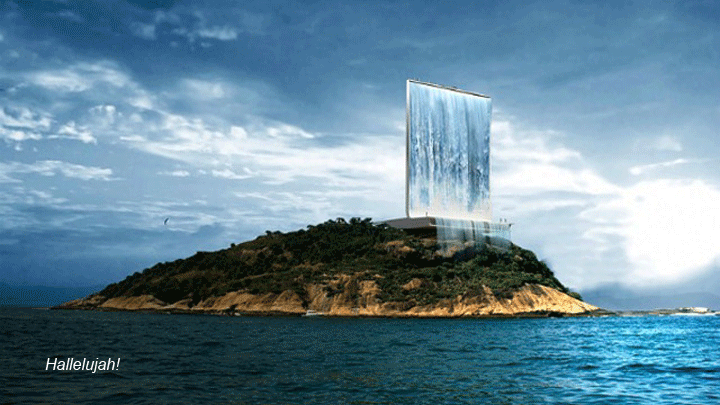 Sorry for the unfashionably religious title to this post, but when we see things like the Solar City Tower being erected for the next Olympics in Rio de Janeiro, we start gnashing our teeth and talking in tongues.

Designed by Swiss firm, RAAFA, it is no wonder that the Solar City Tower won the architecture competition for the 2016 Olympics—see, this is Jetsons thinking, finally, what we’ve been promised for half a century, but all we got was the fakakta internet and Twitter.  The Tower will be built on the island of Cotunduba in Rio’s Guanabara Bay.

Better yet, this is a green structure, the sort of project you would imagine sprouting up like mushrooms all over the planet by now, but isn’t.  ArchDaily explains more:

The vertical structure will be used as an observation tower, and it will capture and distribute solar power to the Olympic Village and to the city. The 345 foot structure will have solar panels around its base, used to store energy during the day, releasing it through turbines for use at night. For special occasions, the turbine will pump seawater into the tower and then shoot it back out to sea, creating a waterfall effect in the middle of the ocean.