Building a Brand for a Hipster Plumber

Overview: Bootstrapping on the Hudson

We were lucky to be invited to work on the branding and website for Newburgh Plumbing & Heating, a new full-service firm that recently hung out its shingle in a rundown industrial city on the Hudson that enjoyed its heyday in the late Victorian era. Newburgh is now undergoing a massive overhaul and renaissance, thanks in large part to the New York hipster community. Having already transformed vast tracks of Brooklyn and other locations on the “mighty-mighty” Hudson River and in the Catskills, this enterprising, stylish group of forward-thinking people with a passion for everything vintage and authentic have set their sights on Newburgh and are turning it into the next Williamsburg on the Hudson.

With a minuscule budget that only covered basic costs, we totally bootstrapped this: all of the art we created for the site was cobbled together from images in the public domain. The result is arguably more effective than similar work we have done for major corporations with more dynamic products than plumbing, that had the budgets to commission teams of creative professionals.

Actions speak for our success: NP&H owner John Wood began a subsidiary apparel line based on our designs — to be sold at a brick-and-mortar store in Newburgh and on the website we built for him — before we even launched the site. We have not only framed their story in a different way, we have shown John and his team that even the most utilitarian company can be so much more than its core services.

Pure Film Creative’s tagline is “Everything has a story.” This is Newburgh Plumbing & Heating’s:

Hero of His Own Story

Having such a lovable character as a spokesman for the brand was a huge bonus on this project. John Wood is big, warmhearted, funny, good-looking, very intelligent and well read. From solid blue-collar background, he opened his first plumbing business when he was 19 in Boston’s “Southie,” then sold that business to move to New York City ten years ago. Within a few years, he was the highest-rated Master Plumber on Yelp in the City. Now he’s set his sights on expanding his business to Newburgh.

It’s an achievement that needs to be celebrated in the tone of the website. John is the story as much as the renaissance of Newburgh is. To that end, we created this heroic image of him and placed it in a position of prominence under the first fold, above the services offered and the testimonials, an unusual move. But when you have an asset as powerful and unique as John, it’s the right thing to do.

We were there right at the beginning when John Wood was selecting a name. He wanted something “Ye Olde” that conveyed that stereotypical artisanal, vintage quality in a stereotypically ironic, self-referential hispter way. John is proud of the “art of plumbing” and approaches every job with an attention to detail and great craftsmanship, so he is literally an artisan.

However, we kept an eye on SEO and steered him toward Newburgh Plumbing & Heating, which has all of the main search keywords built in. To compensate for the prosaic name, we went all in with a Victorian ornamental typeface and design, adapting off-the-shelf art by Heybing Supply Co. to keep the budget down. 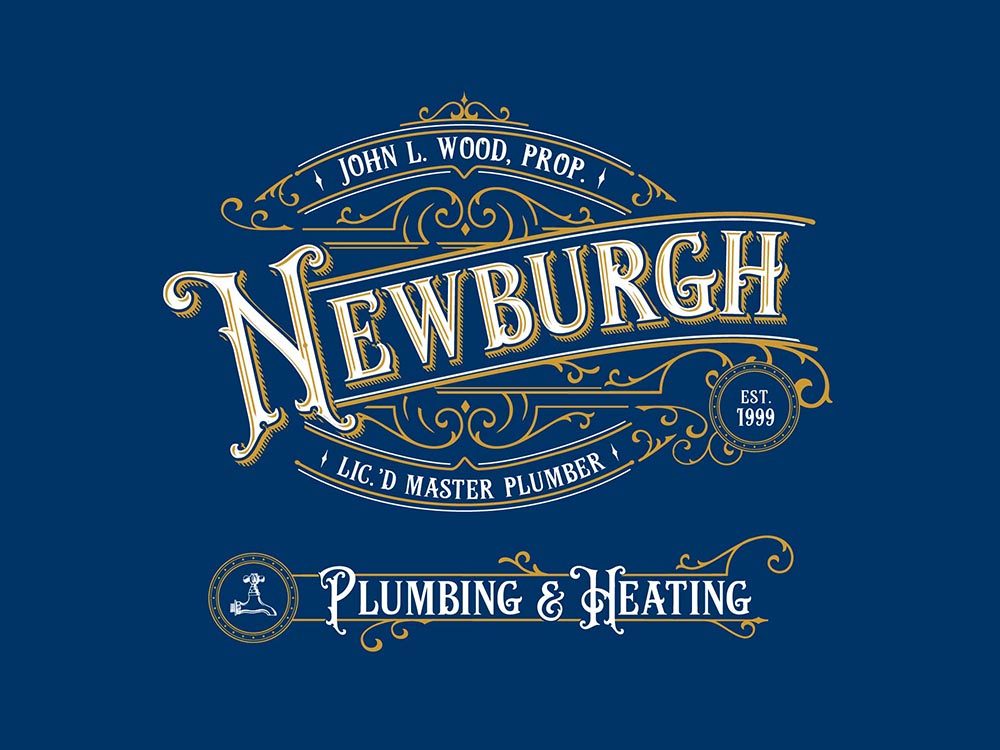 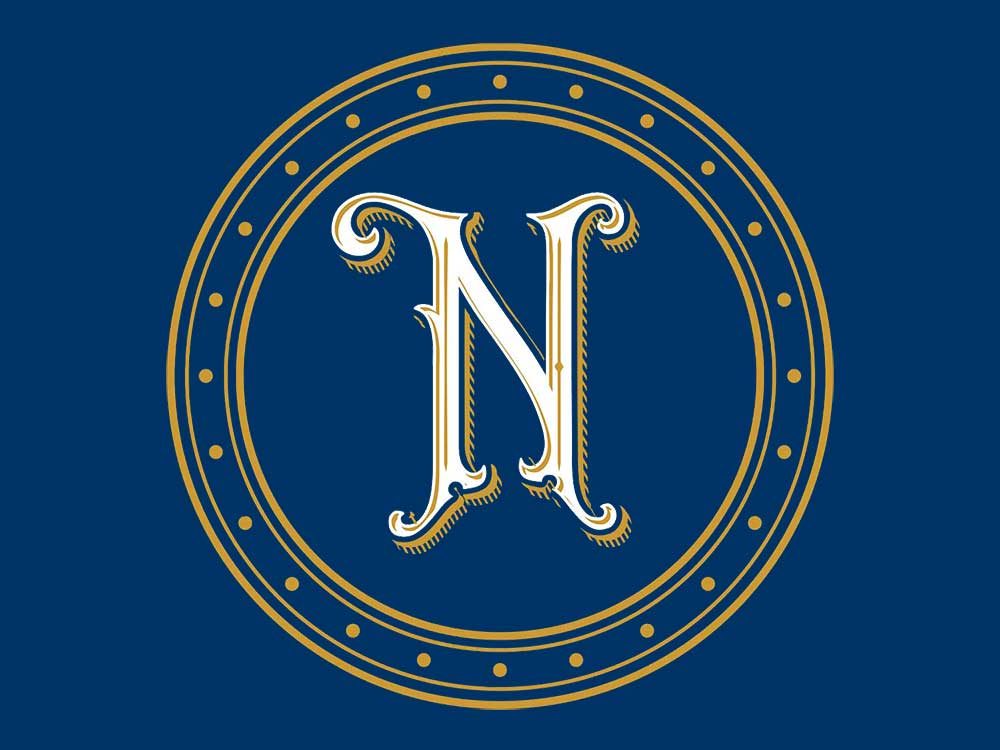 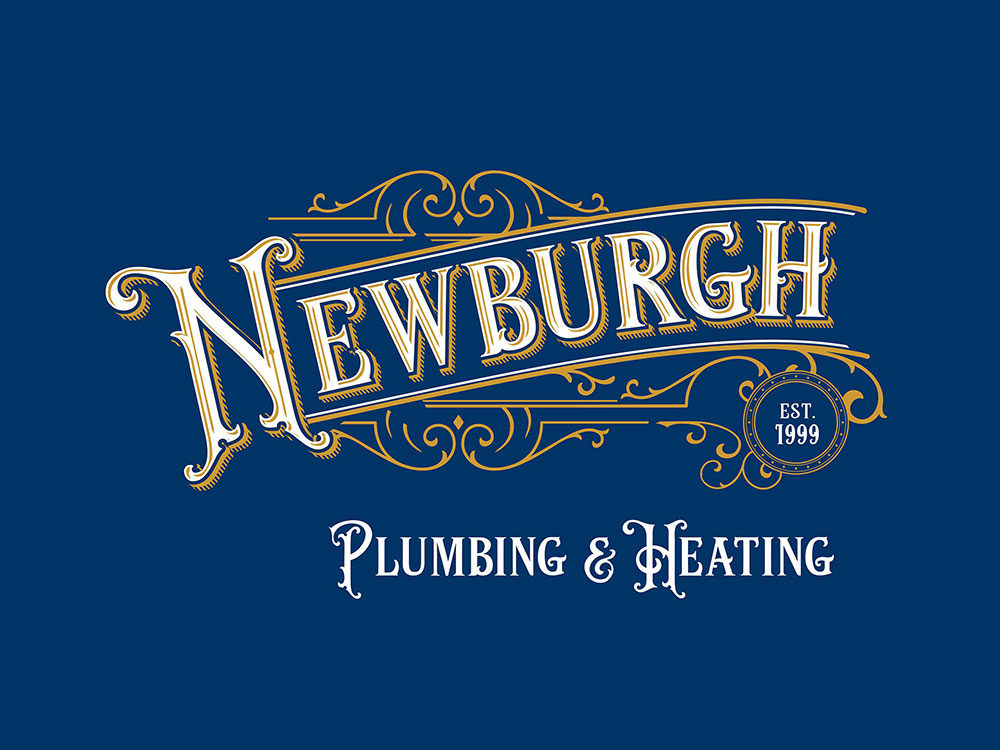 We discovered while building PFC’s website that the first fold of the homepage is an excellent platform for a brand’s commercial. It needs to be just images and text — Google can penalize for sound. This is another reason to turn to Hollywood for this sort of content. The images need to be arresting, the story succinctly told using Silent Era tactics.

The video we created for Newburgh Plumbing & Heating hit the nail on the head as far as the message John Wood wanted to convey about why he moved from New York City to Newburgh. “I’m verklempt,” he said in a text. Because even Boston Irish plumbers start to use Yiddish after a decade in New York.

As we explain on our own Services page, our approach to websites is they are digital magazines edited and curated to create a customized balance of editorial and advertising that fits a brand’s unique narrative. Among the sites we visit regularly during any given day are the New York Times and FiveThirtyEight. Both rely heavily on collage illustrations for most of their features and opinion pieces. We’ve done the same for the services section here on PFC’s website, and took it a step further for Newburgh Plumbing & Heating.

The Russian Constructivist style adds a bold, fun, colorful framework for conveying information — the eye stops on the image to figure it out, and lingers to take in the headline it points to and the text below it. Russian Constructivism was also all about celebrating the working man — perfect for NP&H. 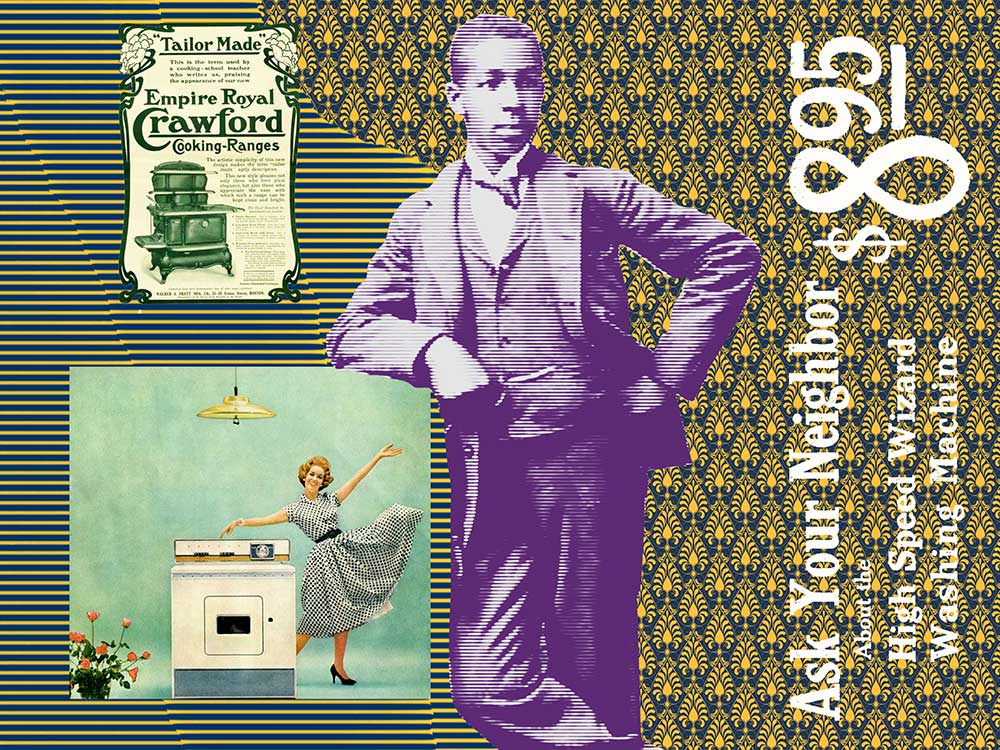 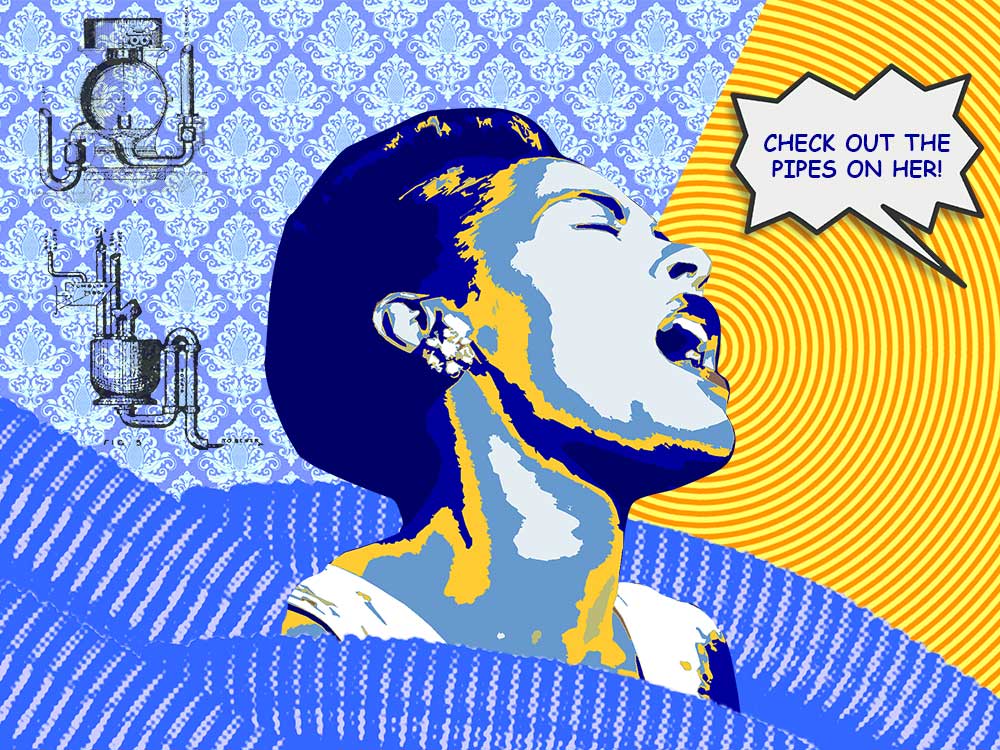 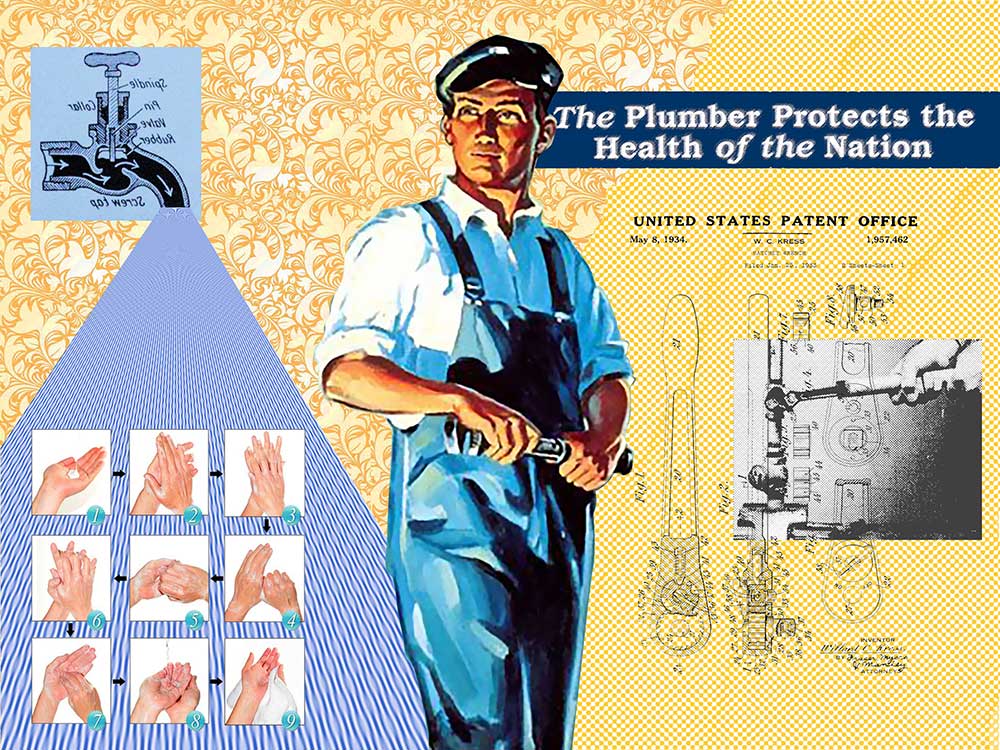 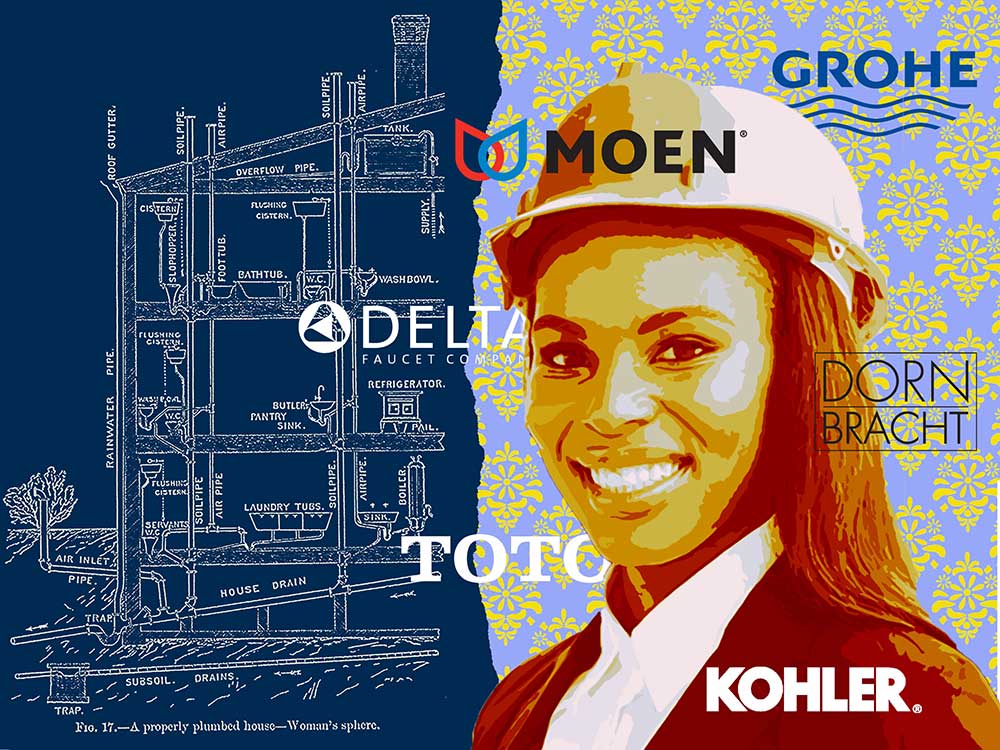 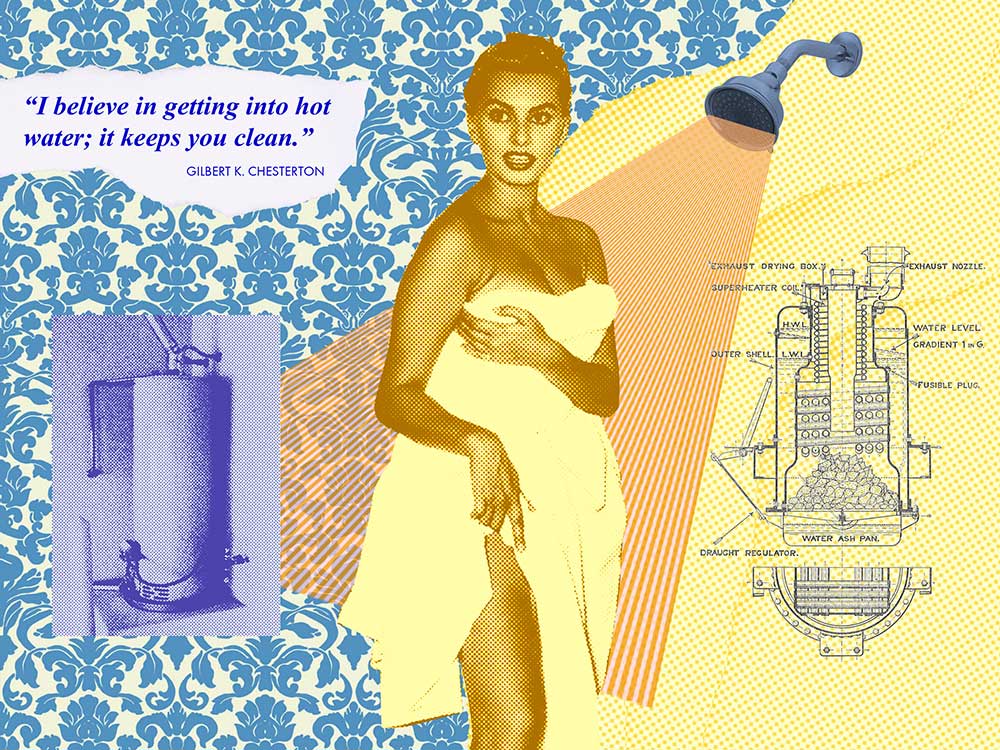 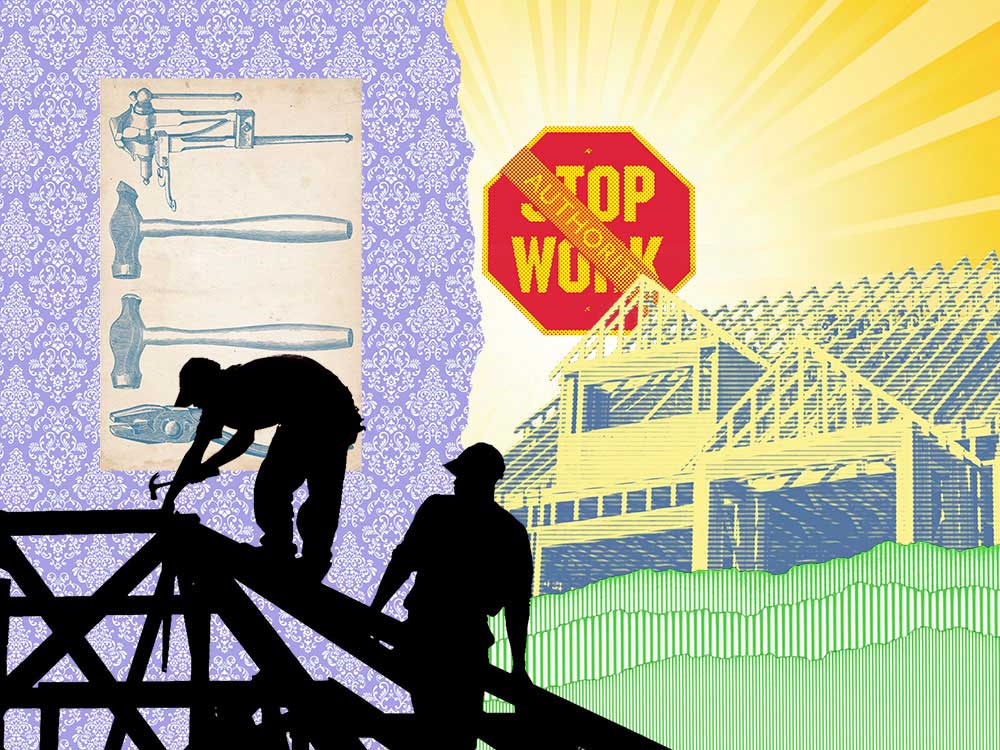