‘1883’ and Its Pretzels of Conflict Between Anglos and Euros 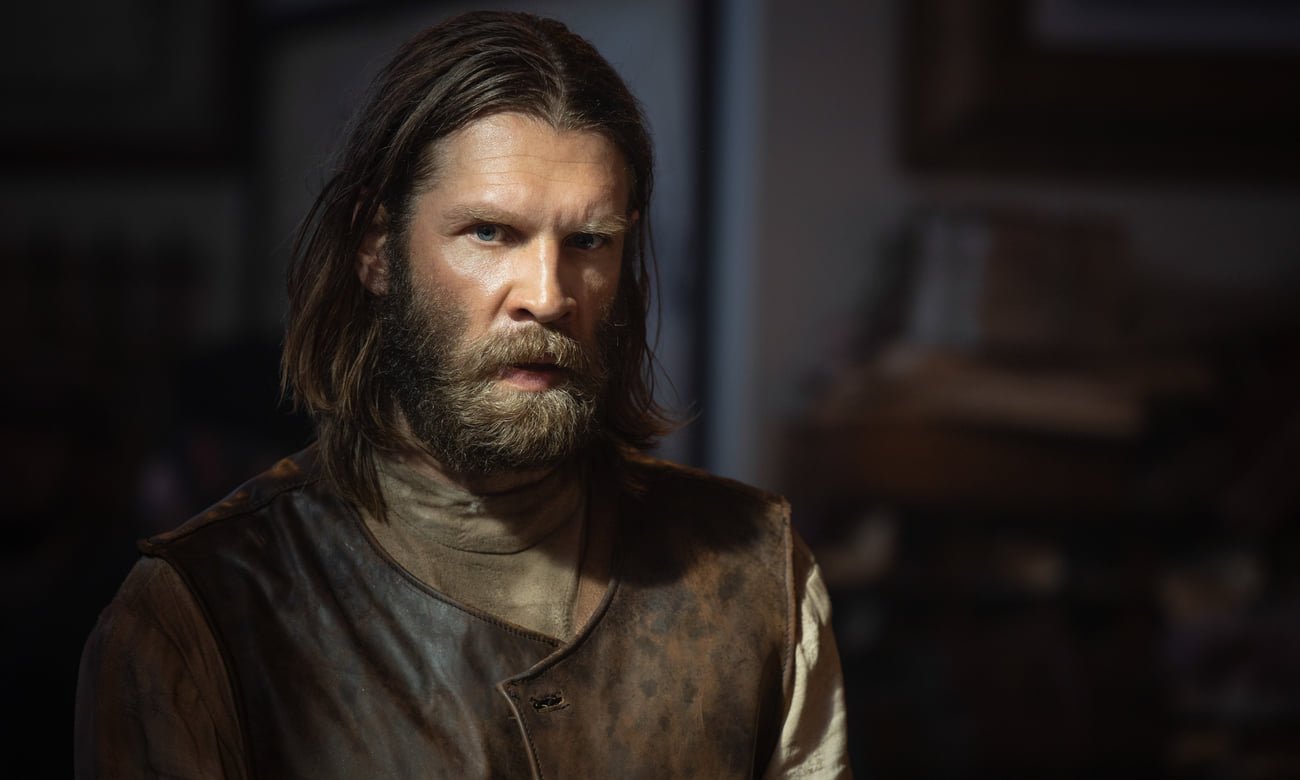 There’s a lot to appreciate about 1883. We’re only mid-season, so I’ll hold off about whether they have the balls to go full ‘Blood Meridian,’ or just talk about it; the opening sequence and Yellowstone suggests they might at least try almost full-on Cormac McCarthy.

There’s another motif simmering beneath the noise and ruminating, as White non-Anglo immigrants are literally herded like self-aware cattle by Anglo-Americans across a prairie garden of hellish obstacles, that’s both insightful and intellectually stimulating, in terms of how far America, in its expansion in the West, moved away from its foundational Yankee/Anglo-American culture.

The corruption by the South of the Anglo-American ethics and philosophy that founded this nation via the practice of slavery — and by general, heat-stupefied backwardness that blankets that culture to this day — is touched upon in the dynamics between the Black Union sergeant, his former commanding officer, played by Sam Elliott, and the Dutton ancestor, a former Confederate officer. This is “diversity casting” — awful, patronizing term — that I not only stand with, I advocate: When it changes the meaning of the text. To wit: Both Whites suffer from sleep-shattering PTSD, but the Black man doesn’t. He was born into trauma as hideous as the Civil War; sleep is a form of escape and respite, not a time for nightmares that process trauma. I fucking love that — it’s a “real truth” that is also deeply, epically lyrical.

Prior to departure across prairie hell.

The immigrants are generally spoken of by the Anglos as European; by 1883, Anglo-Americans had been here for almost three centuries, so there’s already an understandable cluelessness about the Old World, that Europeans deride to this day — let’s face it, they’re whiny, insecure little bitches the best of days. It pays to remember that they will also unleash communism, fascism, and two world wars on humanity in the following century. We haven’t been perfect, we know that, we flog ourselves daily about it; we take on more blame than we should — that’s who we are. But we’ve never done anything like that.

The reality is the show’s helpless immigrants are specifically Prussian and Central European, with a contingent of Roma, kept at arms length by the others, of course — that they are the Blacks of Europe is reinforced in a blossoming romance. It’s considerably different from Anglo culture. Central Europeans bring with them an idealized, Land of Milk and Honey vision of America, where equality and wealth are waiting to be plucked like low-hanging fruit, mandated by whatever emperor/kaiser/prince has been lording it over them for centuries, molding their mentalities and behaviors.

That is the crux of it, I think: Their struggle is they are escaping societies ruled by absolute monarchies, but don’t know how to be truly free of it, how to rule themselves, to be freethinkers, to forge their own sets of ethics and morality, to work together as equals, to put mankind first, family second, and self last of all. It’s a White slave/serf mentality — let’s remember that the word ‘slave’ comes from Slav.

They expect to be told what to do; how to adapt to American-ness in five easy wikiHow steps; and host of other White-on-White culture clashes that gave rise to the all-consuming conflicts and tyrannies of the 20th century. 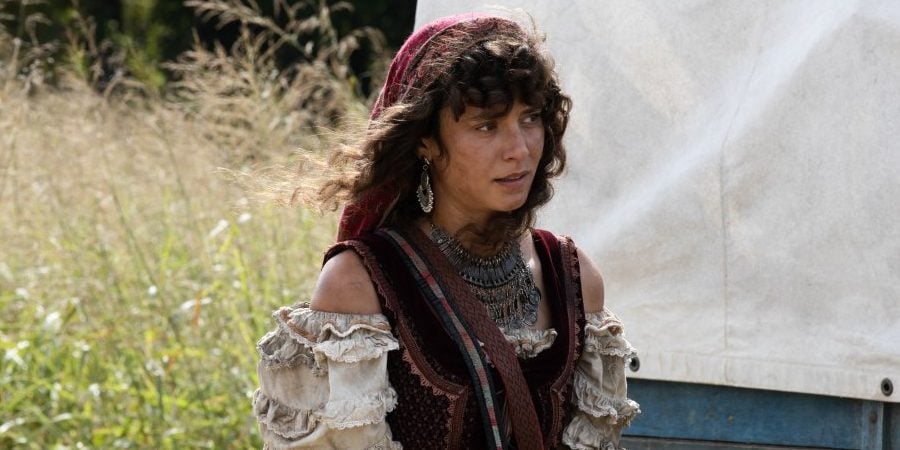 A Roma woman in ‘1883.’ Her relationship with the Black Union sergeant is heavy with symbolism.

Those differences are what make so many narratives and blanket, fetishizing statements about White supremacy/fragility/privilege/gazes/crow’s feet/Kleenex all the more fraught: We are not all the same, not among Northern European cultures, nor among Southern Europeans, much less between Northern and Southern Europeans. Have you ever asked a Milanese what he thinks about a Neapolitan? If you spoke Italian, do you think you would understand both? Not in 1883 Italy, you wouldn’t.

Side note: If you prick us, do we not bleed? Last time you checked, White people were fine, huh? We must be checking entirely different people, with opposing criteria for fineness.

Insisting all Euro cultures are the same in one generalized European-ness is akin to maintaining that, say, Caravaggio was a Flemish painter, while simultaneously erasing my experience and adaptive struggles as a Yankee child raised in post-fascist Italy.

This essential adaptive conflict explains so much about the many differences between Midwesterners/Westerners and OG Yankees that exist today. I make subconscious adjustments for those differences daily in my interactions with non-Yankees out West. It’s as if we’re from two different Americas, except mine is the foundational culture, and theirs an adaptation of it, greatly diluted by distance, layers of Germanic-Scandi-Slavic cultures — built on Hispanic foundations in the Southern regions — and many generations of localized evolution.

Midwesterners and Westerners tend to have no clue, interest or appreciation for the foundational culture. It’s a generalized “Back East,” as if we’re the Old World; in many respects, we are — Anglo-Americans have been here far longer than the country has. 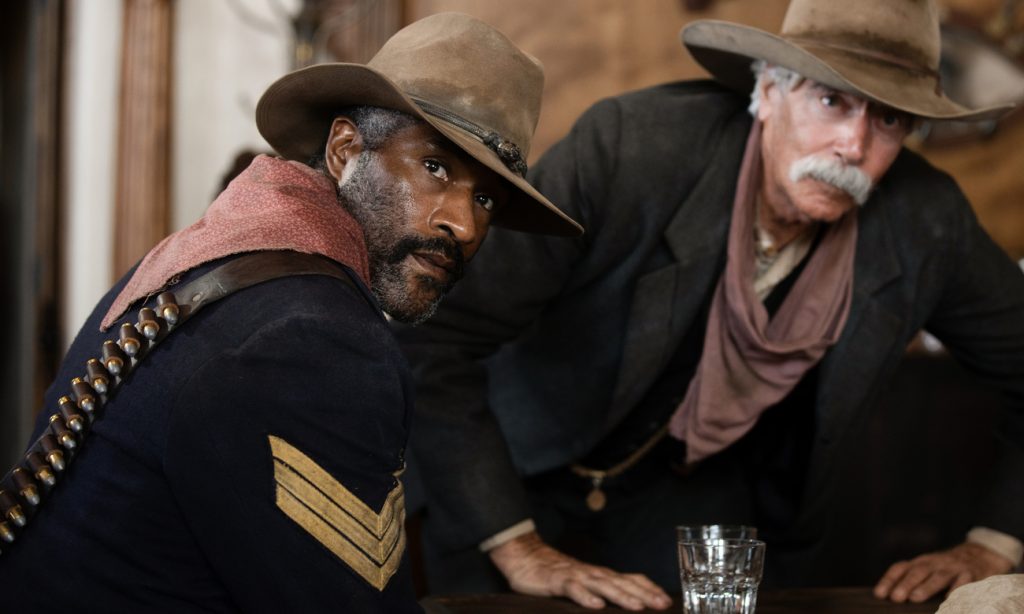 The key to diffusing a whole bunch of fabricated internal conflicts in America might depend on non-Yankees taking a good look at the country’s base Yankee operating system, which is embedded in every American’s code to a greater or lesser degree. By this I mean really understanding it, rather than taking it for granted, dismissing it, and only obsessing about outgrowths sprung from cultural and racial grafting.

For a start, and very essentially: It’s Yankees who declared privilege to be a negative thing in the first instance, not critical theorists at Princeton desperate to fabricate relevance for themselves, and a false sense of urgent newness worthy of “activism,” engendering self-serving parameters for thought, speech and behavior; delivering swift, specious, summary judgments; meting out illiberal punishments that flaunt decency, historical fact, logic, and science itself — in that I include almost all branches, new and old.

Don’t be distracted by doormen, clubs and wainscoting: In spirit and practice, we’ve never changed our minds or ways about privilege. Inequality? Read the Constitution, the Declaration of Independence, the plinth of the Statue of Liberty, not the emotions and grossly misapplied frustrations of clueless intellectuals with enough vested skin in the fight as to warrant corruption and racketeering charges in more levelheaded times.

There’s a whole dissertation in the subtextual frictions between Central North European and Anglo-American cultures woven into the show, as well as the subtleties of the centuries-old conversation between Black and White Americans, which belongs only between us, not to other non-Whites, who think nothing of stealing the currency of that dialogue for their own emotional enrichment.

Another important theme raised in the subtext: There is a world of difference between a colonialist and an immigrant, just one of many faults about Hamilton — rap? really? — that makes it so offensive to people from my socio-cultural group. But we politely applaud and pretend to like it. We won’t make a fuss, but you go ahead, by all means. That’s just the way we roll, sorry if you see it differently.