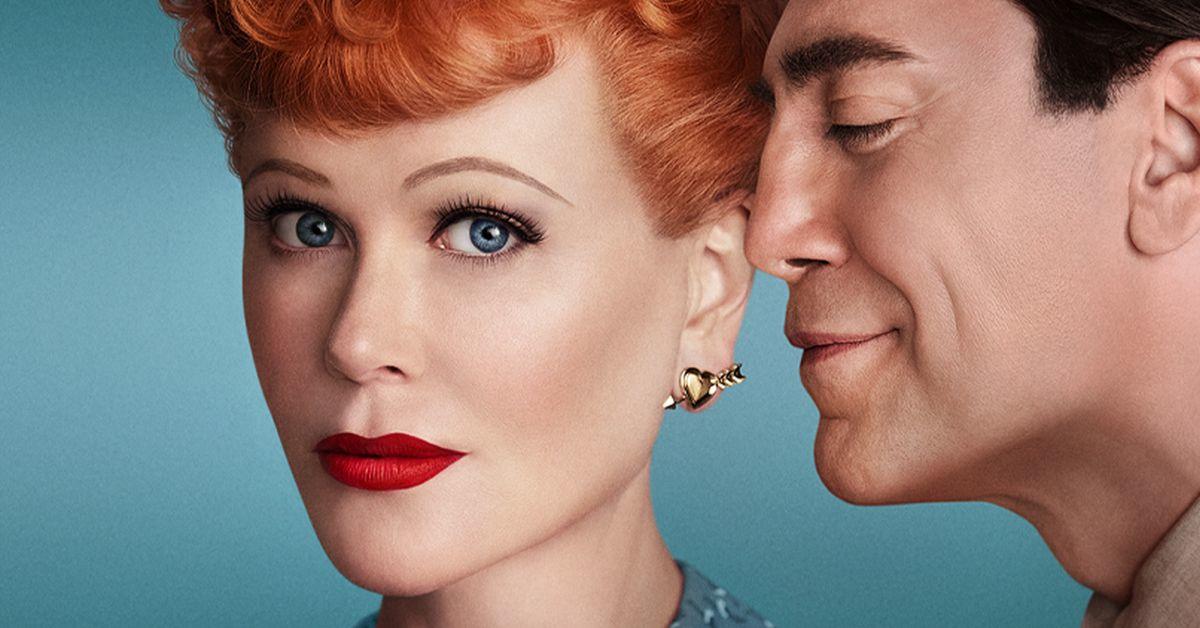 A Hollywood Reporter interview from November is one of the few pieces I can find online, or that Google lets me see within the first pages of a search, in which Aaron Sorkin admits to the parallels between cancel culture and what almost happened to Lucille Ball, saved from the maws of one monster queen (Roy Cohn) by an arguably greater monster queen (J. Edgar Hoover), for the crime of exercising her First Amendment and voting rights.

Sorkin somewhat admits that he was motivated to tell this story because the woke inquisition managed to ban To Kill A Mockingbird and Huckleberry Finn in some places. His acclaimed stage adaptation of Mockingbird means the cancellation of that particular text struck him more deeply than Pepé Le Pew’s being erased for inciting boys to rape devastated me.

This interview is meta to what has taken over Hollywood in the past few years in terms of its fragile, perpetually wabi-sabi-mended relationship with a media that has lost all objectivity, and executed the will of woke Death Eaters with little investigation and a whole lot of support.

I know wokeism is dying, but not fast enough: There are too many in this town trapped by fear, who have stood with the social-warrior terrors of the past few years. They will need even longer to evolve to a point of clarity about the realities of the dogma and actions of this moronic pseudo-Marxist movement. It’s never ben a force of good, much less “progressive”; on the contrary, it has undone much of the progress made by the last great social revolution of the 60s and 70s, and sent race, LGB and feminist relations tumbling back decades.

That willful regression seems to me to be part of their true motivation. It’s like management consultants identifying problems in an organization where there are none, or none so extreme as to warrant a complete overhaul and reorg, complete with sackings and career destruction, entire departments and assets trashed (see Pepé/Dr. Seuss). All in the name of “progress.”

Yes, mankind will survive — radicals without a true cause will always remind you of that, just shame you into feeling petty, as if pushback equal and opposite to their aggression isn’t worth a shrug, a giggle, a snicker, a snap of fingers, “Oh, please, girl.” 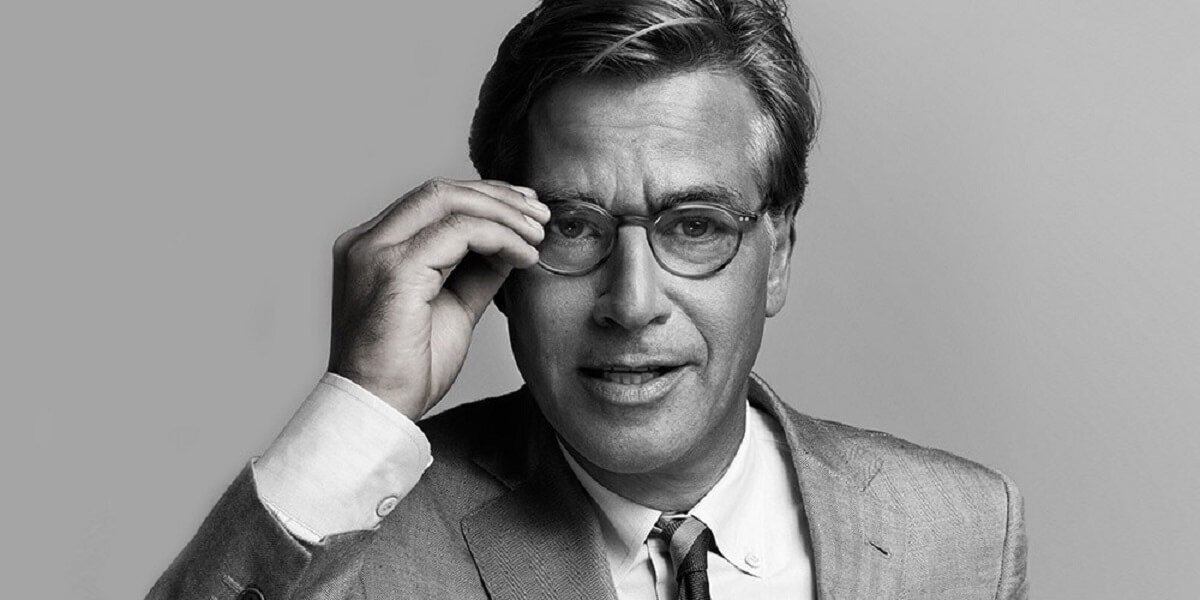 The Hazards of Being Too Wrong for Comfort

Those who were bewitched by narratives that are based entirely on junk end-of-history philosophy, not the sort of due-process evidence normally required to delete people’s lives and works of art, will require considerable counter-programming, as we called it back in the day when the young and the gullible of all ages joined religious and political cults. We called it brainwashing; now it’s called an advanced degree in diversity, equity and inclusion from Cornell.

It will be all the trickier if the bewitched have supported the Death Eaters with donations and votes. It’s my understanding that people in trauma-induced comas don’t wake up as quickly as they do on the screen, that it’s a process. A friend of mine who suffered a brain hemorrhage remained in a liminal place between coma and full sentience for twenty years, till death relieved him. Many of the comatose never wake up at all.

Nobody likes to be wrong. Being so deeply wrong about such emotion-laden beliefs that, like all religions, are based on pure faith in the testimony and opinions of others, is more often than not irreversible.

I agree with the snickers and the finger-snappers: It won’t matter in the long run. Still, Hollywood needs to have a reckoning when that long run is finally here.

“Fear Is the Mind-Killer”

I’ve been reminded of the subtitle of Hannah Ardent’s book about Adolf Eichmann’s trial, ‘The Banality of Evil,’ too often for comfort in recent years. I’m at a loss as to how to find the right demeaning adjective to apply to the cowardice that establishment Hollywood has displayed, just as they did toward their friends and colleagues during the McCarthy Era. The worst of that period lasted roughly eight years.

Like hypocrisy, irony is a byproduct of extreme views and positions: For all their virtue signaling, more out of sheer terror than moral conviction — one thing you learn quickly here is never to hold onto a position or belief needlessly, to remain fluid — establishment Hollywood hasn’t fully grasped that power in modern content creation is so diffused and decentralized that our actual culture is no longer in sync with the realities they seek to represent.

The reality is there’s nothing to fear, anymore. Movements like wokeism, that are based purely on emotions and malformed opinions that contravene objective data, never last. That doesn’t mean they haven’t created change, just not the kind they expected and demanded.

McCarthyism’s true achievement was to serve as a cautionary tale for the remainder of the Cold War. With nukes in play, we needed to exercise restraint, to rely on spies and diplomats, not direct force.

Change Is as Healthy as a Holiday

Old cultures change the slowest of all. And Hollywood is a creaking, Botoxed and siliconed, semi-senile, 110-year-old Barbie, bleached beyond recognition by the sun and a certain ozone-induced incuriosity. It’s a community comprised of the most talented people in the world, who continue to allow themselves to be ruled by talentless starfuckers addicted to prestige borrowing and the adrenaline rush they get from the sadistic pleasures of screwing over others. 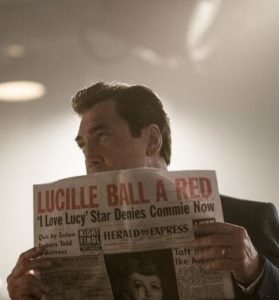 Still, even Sorkin. Even him, even though it shouldn’t be. His trepidation runs through every defanged line in ‘Being the Ricardos’ that aspires to being a zinger. His signature passion, that fervent plotting, that tap=dancing dialogue have been curdled by correctness, rendered anodyne, as lifeless as Kidman’s morgue-like skin.

Don’t believe the publicists’ hype: Kidman is miscast. Like all great actors, she has a long filmography of roles that she nailed, killed, knocked out of the ballpark. This one is akin to the cyborg performance she posted in ‘The Goldfinch.’ To begin with, great broad comedians are never so conscious of their physical selves, and Lucille Ball was the greatest of her era. In the ‘I Love Lucy’ taping scenes, Kidman performs like a Tribeca Mom trying to distract bored children, while being mindful of not ruining her favorite Vetements sweater by catching it on the Giacometti.

Javier Bardem tries his best, and he is wonderful. He, Sorkin and the rest of the production got intense flack because — get this prime bit of woke ignorance posing as schooling — he’s Spanish, not Cuban. HAHAHA!

Imagine if every British, Australian, New Zealand, Canadian, and a few Scandis copped that kind of shit for playing Americans.

“B-b-but we hired a Latinx casting consultant! She gave us a seal of approval!” complains the most-powerful screenwriter in Hollywood.

Yeah, and Congress gave Lucille Ball the all-clear, too, literally a stamp of approval that she was a good American, not a Communist (even though she was). It did no good with the true perpetrators and abettors of these reigns of ideological terror washing over liberal democracies every few decades: The media.

History Doesn’t Repeat. But Some Philosophies Refuse to Die.

Note how the interviewer from THR pulls Sorkin back from going too far with the comparison between what almost happened to Lucille Ball, and the rail squeals of rusted cancel culture guillotines that have paralyzed Hollywood and the media itself. That this happens during an interview between a famous, respected filmmaker and a member of the film industry press is what makes it meta.

The interviewer both excuses cancel culture and warns Sorkin, just as he’s barreling over a Niagara Falls of no return, with this pro forma caveat:

“I think that there are layers to it …”

No, there aren’t. It’s very straightforward. Like all evil, wokeism is banal, one note; its many constructs and obscurantisms are nothing more than a narcissistic, wannabe emperor’s new clothes, so much mustard gas in the trenches of a senseless war.

Unlike antiracists, who need history be be happening in the present, within the context of this society, not the actual context in which it took place, I’m not hypocritical enough to say that we have really been trapped in a parallel pandemic called ‘McCarthyism V2.0: Pinko Commie Chickens Come Home to Roost.’ Wokeism is openly allied with Marxism, or a pseudo version of it, and McCarthyism was Conservative.

Still, it’s a kindred illiberal ‘Two-Spirit’ relationship with McCarthyism, as well as the Cultural Revolution of China, and the Jacobites of France. It’s a destructive form of revolution that impacts a society negatively, as opposed to the necessary upheaval that my generation was raised with, that was about real civil rights and necessary social change, not simply the daily tantrums of rageaholic communal narcissists on social media, literally rebels without a cause, roaming the end of history under the shared delusion that are doing something meaningful, but they’re not even changing their own diapers, much less society.

Also, let’s please stop only blaming Twitter. Nobody takes that seriously. The real abattoirs of wokeism are mainstream media outlets, those enthusiastic clarions and amplifiers of the woke inquisition. The ones with “New York” in their titles are the most excessive and destructive of all, I’m ashamed to say.

I’m hearing Joan Rivers: “Oh, grow up!” Or Tracey Ullman: “Go home!” What we need to hear is a Joseph Welch utter the five words that eventually brought down McCarthy: “Sir, have you no sense of decency?”

'Spencer': Through a Looking-Glass, Darkly