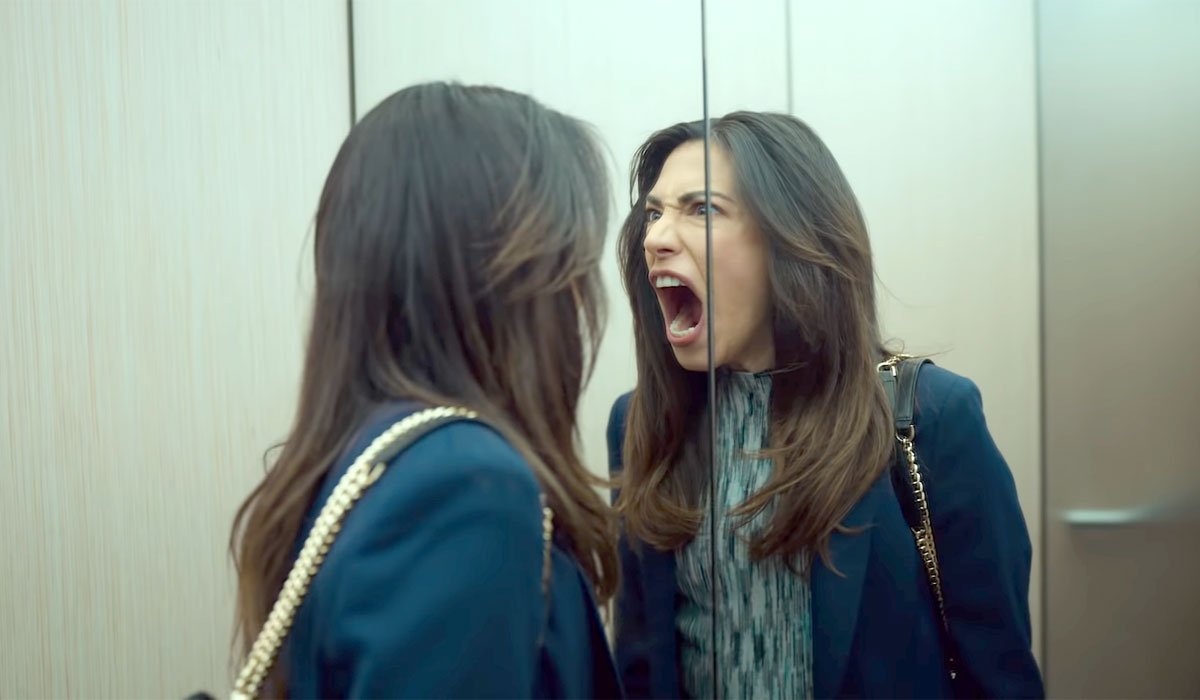 So well observed. Riveting show. Kickass Kurdish-Swedish actress Evin Ahmad — screaming at herself in the image above — anchors a great cast supported by samurai-sharp writing, no grandstanding, not a word wasted. Americans invented the gangster genre, but we’ve totally lost the plot with bloated, operatic productions and pretentious, moralizing storytelling to… Scandinavians? We literally have millions of stories like this lying around.

If the reason we’re not telling gangsta tales in a social realism format is because of racial stereotyping, or whatever woke-is-whack reason, this drab, totalitarian era we’re in of evil, narcissistic scolds justifying their existence by pretending to be pious cannot be over too soon. There is philosophically no difference between canceling and ‘erasure,’ to use a favorite new social-justice word  that tries to legitimize fictionalizations of objective reality with academic-sounding jargon.

Verdict: Watch, in Swedish with subtitles. I shouldn’t have to say that, but Murica. 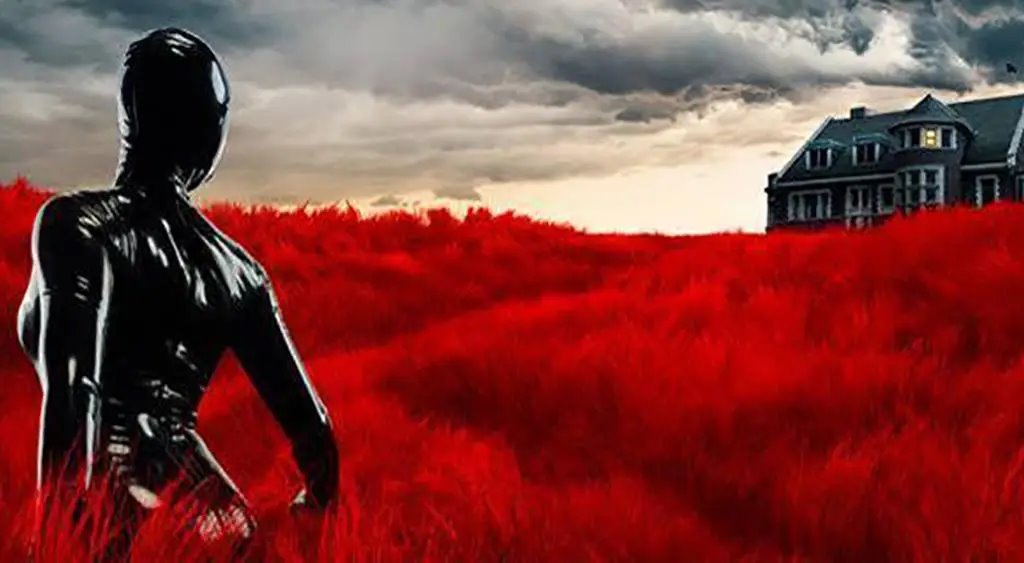 Don’t resist it: AHS has the best key art, always. The show has become too camp for me since Jessica Lange left, or even just before. But season after season, friend-of-a-friend creative director Álvaro Masa puts the art back in key art. My other friend Jacob, also a graphic designer, commented “It’s better than the actual show lol.” I never LOL myself, and don’t use emojis.

Verdict: I’m not gay enough for this show, but I’m totally gay for the key art. 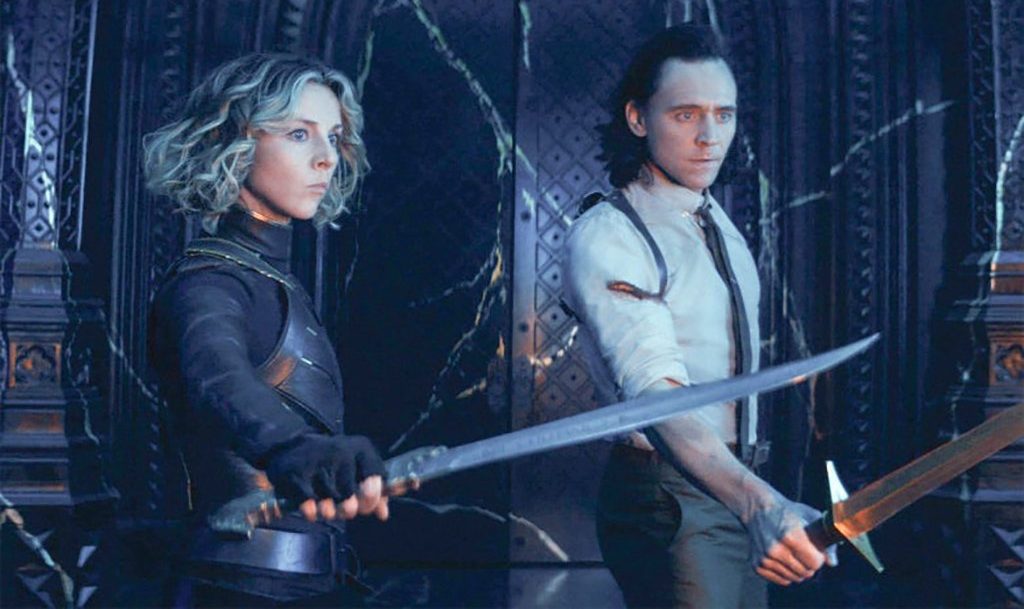 After the first season, Loki is arguably — I’m down for a short, medium-roast argument, full-bodied but not too bitter, provided there’s no canceling, erasure or unfair ageism — the most intellectually complex of the Avengers/MCU lot. He’s the God of Mischief, for a start; that’s so abstract. I’m positive that my favorite nanny, Angelika, a German, likes him best, too, wherever she is. She looked exactly like female Loki.

Even the production design is witty and smart. Most of the actors know not to mess with the real prima donna of a show like this: the tech. Always so good to see Owen Wilson, even if he’s always his Wes Anderson wry deadpan self; he doesn’t really act at all — all the characters he plays should be called Owen, and the credit should be ‘Himself.’

Verdict: Made me a couple of degrees warmer toward the MCU, not quite UGG slippers, though.

The Nevers grew on me eventually, entirely thanks to Laura Donnelly’s performance, which keeps a messy piñata of genres trying desperately to come together from whipsawing each other into oblivion; a congenital defect that afflicts many elevated-genre shows. She marches right in there and scrubs up whatever catastrophe has just splattered across the screen, with the focus and efficiency of a Victorian housekeeper on her third Adderall and fourth cup of tea.

It’s unfair to judge an elevated-genre show that was shut down midway because of the pandemic. It builds the kind of world that even in the best of times asks for our indulgence while it brings together so many elements… and veers right off the road in the 6th episode, like someone accidentally put diesel fuel in Chitty Chitty Bang Bang. I’ll watch the rest of it, but with one eye on the dating apps.

But, please, Hollywood: no more morality tales about humans fucking up the planet, or how we need more empathy, and so forth. Most of us filum-folk are terrible people, the very worst human beings I have ever met: arrogant, narcissistic, sadistic, heartless, willfully rude and gauche. Let’s just stick to entertaining, shall we?

Verdict: Paradise Row is more imaginative, elegant and engaging. But this will get better with a forced hiatus. 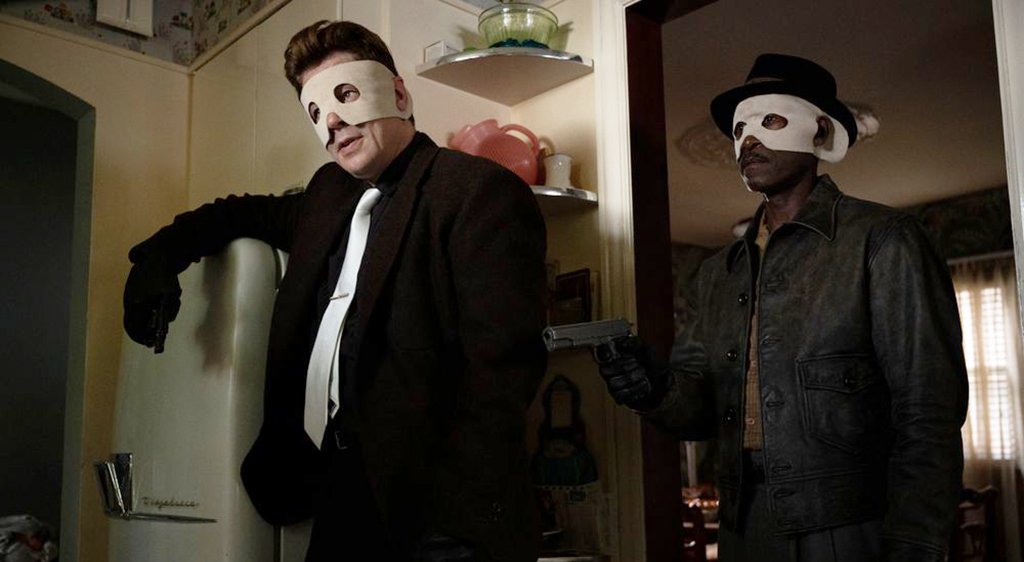 I feel like I’ve been brained by a fisheye lens. I think this might have been Soderbergh does Coen Bros.’ Burn After Reading, but not as fun — I’m not sure. Jon Hamm and Matt Damon pay lip service to a routine rendition of the Old Boy’s Network trope, the mysteries of which mere mortals outside the network will never understand, etc. Because it’s not a fucking mystery in the first place: They’re a bunch of Eagle Scouts. But, carry on carrying on, Hollywood; there’s bound to be a bit of kabbalah in there somewhere, if you strain hard enough.

I’ve read a few posts by black cinematographers/lighting people complaining that camera tech is racist, which is complete bullshit. The fact is white skin reflects light, black skin absorbs it — it’s simply the reality. But this is the era of paranoid-victimary Marxist McCarthyism; there are white-supremacist commies everywhere, even in the ARRI and Cooke prime lenses. I don’t believe there is a camera out there that will compensate between different races on a set to balance it out the way good lighting can.

I get the part of Steven Soderbergh’s lightning production speed is shooting with available light whenever possible, and  maintaining that low-light look for evenness of look when shooting on set. But it really doesn’t do black actors any favors, especially when the show is put through HBO’s legendarily shitty streaming compression. I’m actually confused about this because Soderbergh did do André Holland great justice with the lighting on Cinemax’s The Knick.

I had to adjust the brightness and contrast in the image above because in the original, taken by the stills photographer, was too dark. I had no idea Don Cheadle was holding a gun until I made the adjustment.

Verdict: Hollywood needs to take lessons from Scandinavian and other European gangsta shows, and revamp the American mob movie with social realism.

I didn’t get the memo that in 2019, before we were shut away, three of the Chambre Syndicale de la Haute Couture houses — i.e., legal haute couture, like real Parmesan cheese from Emilia-Romagna — began showing men’s couture along with women’s. About time.

Men’s evening wear, like daywear suits, is still stuck where it was in 1900, or 121 years ago. That’s a remarkable run for anything so boring, longer than the Chinese wore Mao suits; philosophically, the sameness of totalitarian-wear is the same as a business suit that confers respect and inclusion — if you don’t wear it, or if you invent your own outfit, off to the gulag with you. In the meantime, women’s clothing has been to Jupiter and back several times.

Americans are probably mostly to blame for the stasis in men’s fashion, given our deeply conservative, rigid performativities, our penchant for simplicity and practicality, especially for men; the fear men have of not belonging to the pack/tribe, combined with the fact it was “the American century,” thankfully — if it had been the Nazi or the Soviet, there would be no fashion at all.

Last Wednesday’s Balenciaga couture show is jarring, lurching from pleasing, red-carpet, show-us-your-new-tits gowns, to homages to vintage Balenciaga silhouettes — de rigueur with couture presentations from established houses — to the outrage of “Canadian tuxedos.” I still wouldn’t wear 90% of the men’s stuff, but the point is it’s there.

Verdict: I’m unlikely to need black tie for many seasons to come. If I do, my tailor Amy in Shanghai will whip something up for me at 1/20th the price.

From Killoughgram and Other Feeds:

This isn’t a real #tbt so much as it’s a self-inflicted trigger once every few years, when I dig out these bored-during-a-layover-at-Heathrow duty free Persols I bought with a nearly maxed card, but never wore. Today they remind me of existential moments while nursing a 4-day-rollover hangover on the patio of the Martinez at Cannes, wishing I had sunglasses. Still no financing, and why is Rain Li always so fucking late? 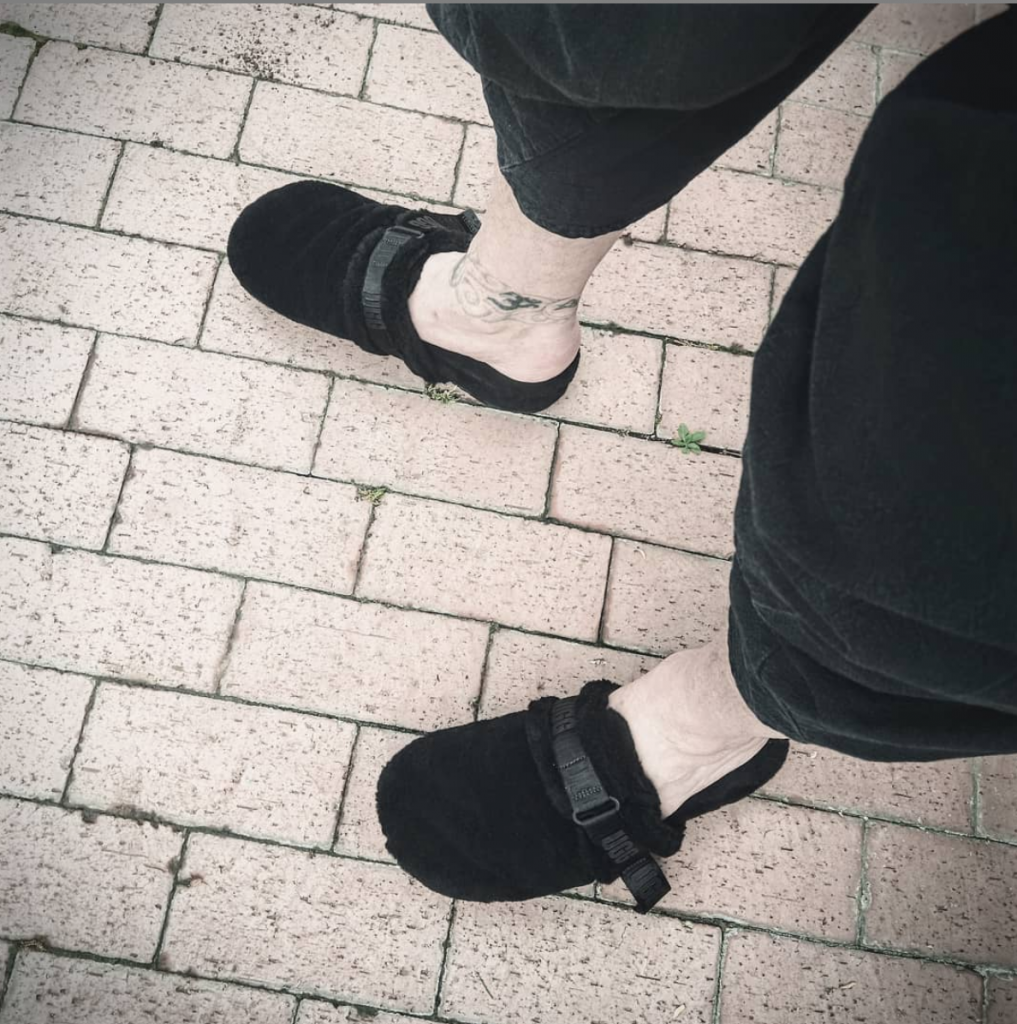 My friend Julie Harris in Melbourne gifted me my first pair of UGGs: Fluff It slippers. Looking forward to the “cold weather,” or whatever winter is in Los Angeles.

How Hollywood Trolled Itself with "Borat"

Despite Being Soapy, 'The Cook of Castamar' Whets My Appetite