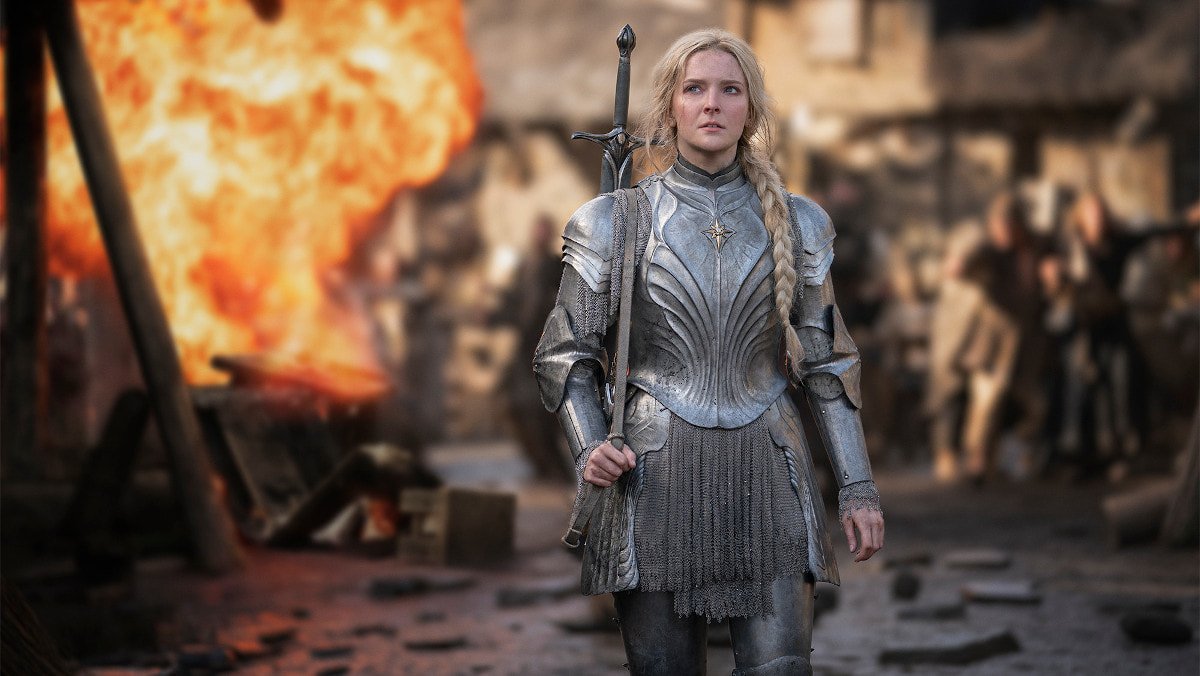 No Wine and Wafers for Gheys

Regarding a post in the New York Times about homophobia and same-sex-sex exclusion in the Anglican communion, here are a few observations as a gay man raised as an Episcopalian in Europe, often sharing Mass and other musical-theater jujus with the local Church of England flock:

2) Why are Episcopalian bishops at Lambeth participating in this ? I mean, aside from the decennial high tea at Fortnum’s and a chance to rub shoulders with nobles and royals, seeing as we no longer have the sway that way in America that we used to. Just as well: Casteism is anathema to OG Anglo-American culture; we’ve never done it convincingly, or not as convincingly as Ralph Lauren and Bruce Weber have.

3) Conservative Anglicans are Opus Dei-level Catholics who yearn for the absolute monarch in Rome rather than the constitutional monarch in London. It’s the same Mass, stations of the Cross, fragrant smoke belching from swingin’ censers, and so forth. Yummy, gummy juju. After HRM passes, saw the twats off the family tree and send ’em to Rome. Prince Charles is into esoteric Eastern spirituality, anyway.

4) Fuck Africa and their lives-threatening institutionalized homophobia, already. Except for you, Anglican Archbishop Tutu — shantay, you stay. The Only Tolkien Geek Who Really Loves ‘Rings of Power’

‘Rings of Power’ is a far worthier successor to LOTR than ‘House of the Dragon’ is to GoT. No comparison. True, the origin story of the Rings has been developed for well over half a century, started by both Tolkiens, père et fils, decades before the publication of weightier-than-the-Bible ‘The Silmarillion’ in ’77. That’s versus a comparatively desperate, slapdash development for the Targaryen backstory, amid a brutal jousting for dominance between showrunners and creators of competing spinoffs and prequels, all begging for Princess HBO to grant them favors in the tourney. 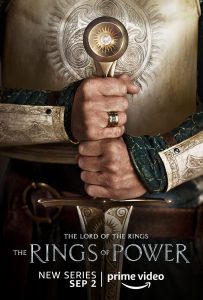 Now more than yesterday morning, pre-RoP drop, all that sneering, hysterical exposition by second-rate characters around the Small Council table in the Red Keep seems duller, a classic violation of “show, don’t tell” that should be set as a cautionary example for screenwriting class at Tisch. What nobody wants to admit: The tiny heroine would be better cast as a hobbitess in RoP. And her father is no Sean Bean.

Regardless of curtailed development gestation — the bigger the project, the longer the development period, I say — all’s fair in war and filmmaking: director J.A. Bayona knocked the first episodes of RoP out of the ballpark, whereas Miguel Sapochnik limped to first base with the start of ‘Dragons.’

All may yet change for HoD, as it did for GoT. But you can see from the season previews running after the second episode of RoP that it isn’t slowing or getting any less breathtaking.

How I loved Bayona’s film ‘The Orphanage.’ I shed a tear or two. The man has a dwarves’ hoard of chic in him. Sometimes when I’m checking my aging in the mirror, I quote from the end of the film, “¡Mira! Wendy se puso vieja!”

The writing on RoP is even worthier of Tolkien’s lyrical prose than LOTR’s, isn’t embarrassed to let the poetic tumble off elven tongues — it could easily come off as cheesy. The set pieces are next-level imaginative, another worthy homage to the OG maestro of fantasy, to whom George R.R. Martin owes such a huge debt he should be paying the Tolkiens royalties — he even lifted Tolkien’s middle ‘R.R.’ initials. Kidding: that’s actually a coincidence.

Easter egg hunting: Are they saying that Gandalf & Co. are aliens? If so, that’s a brilliant take: Nobody’s sure where the wizards came from. 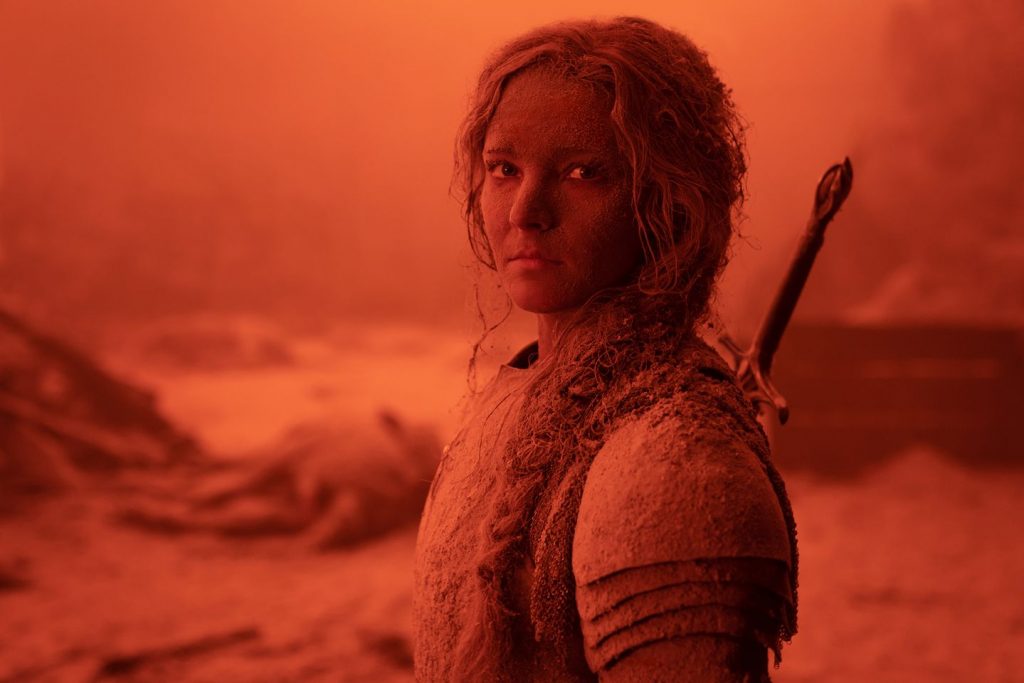 Too many real trolls on her mind to worry about the online kind.

However, on a socio-political level, there is implicit cultural prejudice woven into the characters, dynamics and casting that is far more fraught than filling roles that originate in Celtic-Germanic-Nordic lore with actors of Sub-Saharan descent, but with no representation from any other nonwhite race, so far: The peasants and other characters on the lower social evolutionary ladder of Middle Earth have accents that are either Northern English, or one of the three Celtic ethnicities; whereas the lords and the high-born speak with RP accents belonging to the perennial master race of Anglo-Saxon Normans in the south of England.

It’s been a long occupation. To the English cliché about victory in WWII, “If XYZ hadn’t happened, we’d all be speaking German,” I say, “But we’re all speaking English, not Gaelic, innit?”

To wit: The gold-hoarding, bad-tempered, ugly, hairy, clownish dwarves living in caves — who have a sort of uneasy kinship without true social parity with the plummy, sleek, never-too-thin-or-too-pointy-eared blondes of Rivendell and other glittering, gleaming-white cities — have Scottish accents. Go fuck yourselves, elves.

As for the Stone Age Hobbits… You guessed it: West Irish accents, as befits those grubby little bog dwellers. They look like homeless people, covered in soot. But that’s Ireland: wormy potatoes, famine, alcoholism and no civilization to speak of. Am I right, Seamus?

The accent and behavior stereotypes are an ancient discrimination, a stain and stench that won’t come out no matter how many times we wash and scrub. It’s but one example of the most grossly ignored fact in all of this anti-racism business over the past decade: White prejudices about whites from other ethnicities are more acute than they are about other races.

All humans fear and mistrust the outsider, but we loathe and demonize those whose lives and properties are closest to our own, who might steal our gold, take our land, enslave our children, or simply spit-roast them for the harvest festival. Thy neighbor is a far greater threat than the unknowable, exotic stranger from a far-off land.

Best among many great innovations in the LOTR-verse that the ‘Rings of Power’ delivers is the alabaster icon of Our Lady of Middle Earth, St. Galadriel, has been taken down from her lofty pedestal in the canon’s chapel and turned into a Joan of Arc for the ages, literally, on account of she’s immortal and lives through many ages, and so forth.

I was so in love with that character as a kid. I was never really satisfied with the Peter Jackson/Blanchett version, that lithe, willfully ethereal ideal in a long white shift, all fairy godmother, no melancholy druid high priestess with superpowers in an existential crisis, as I imagined her from the dozen times I read the books. 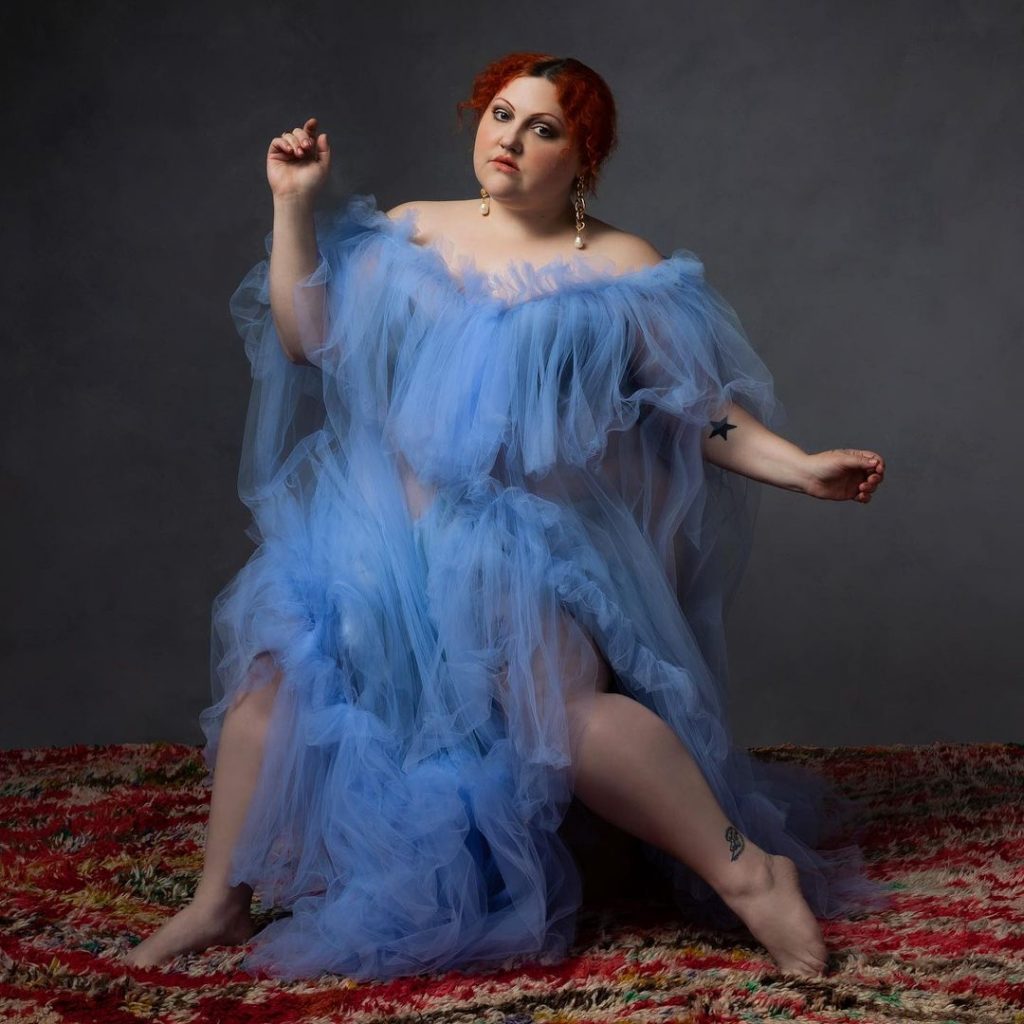 How Much I Dislike ‘House of the Dragon’ (Part One)

‘House of the Dragon’ kinda moves like a knight in super-heavy, creaky armor, “My kingdom for a can of WD-40!!!” Seriously: Matt Smith’s armor is the best thing on the show so far.

I really don’t give a shit about these characters. Makes me miss Cersei. And Arya. And Hodor. And Tyrion. And… 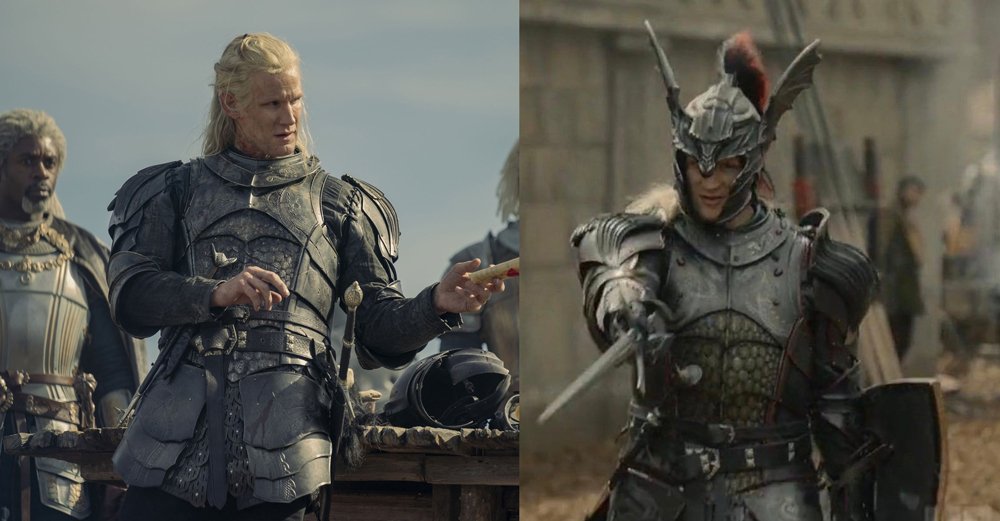 “‘I want to thank Sharon Sprung for capturing everything I love about Michelle,’ said Barack Obama.” 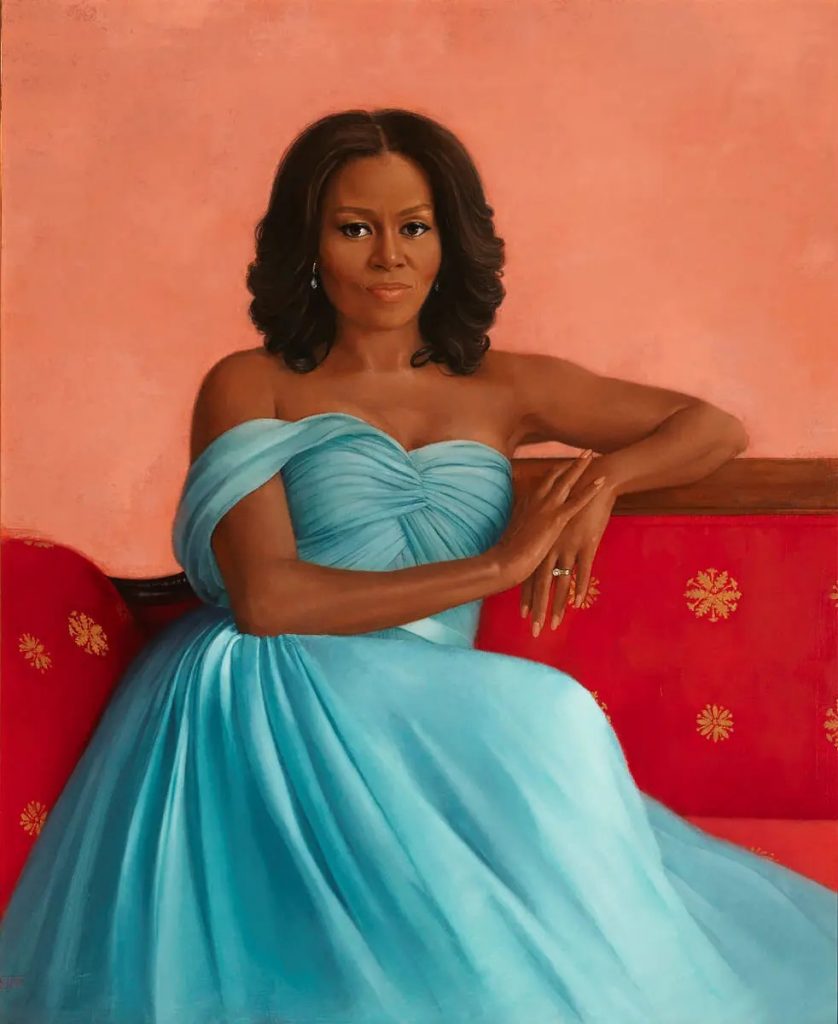 Thank you, Hunter Schafer, for using “transsexual,” the correct term, rather than furthering gender-fender-bender toxic pu pu platter of nuttiness and more labels than a Saks Fifth Ave. sale. Always loved you, kid — keep goosing the activists with those subtle tweaks on the butt. You know what I mean oxox 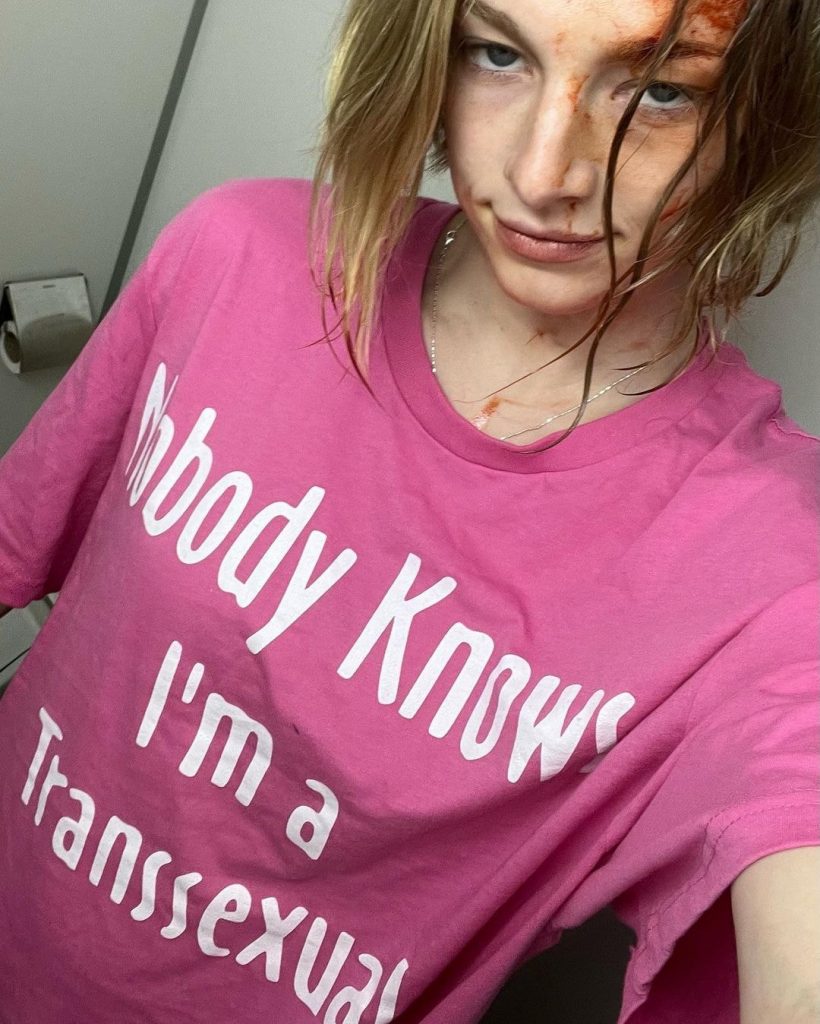 Rüfüs Du Sol Is Creating the Most Glamorous Music Out There

The Three-Body Problem of 'The Secrets of Dumbledore'