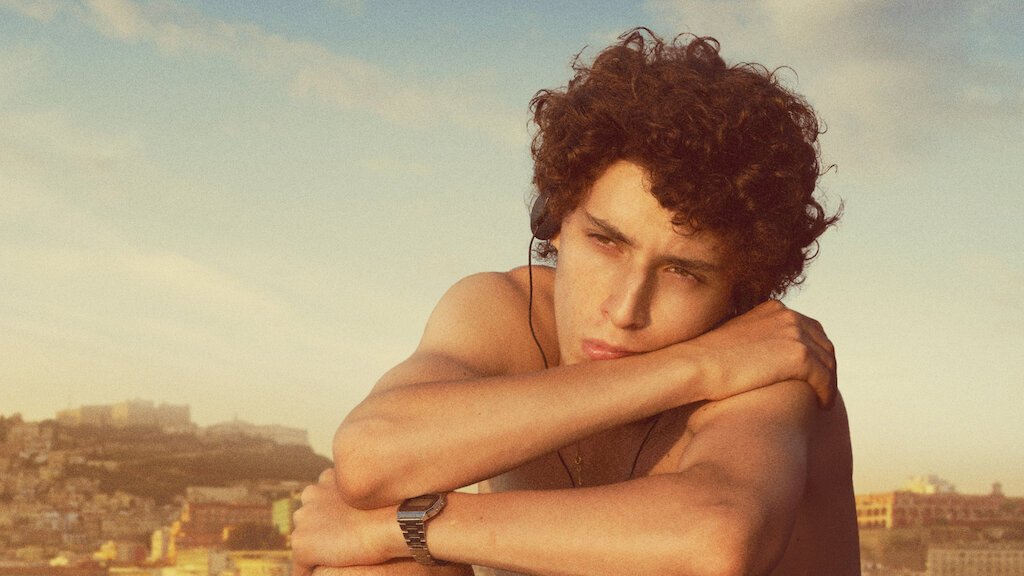 Following closely on the heels of Adam MacKay’s split-personality Don’t Look Up on Netflix is Paolo Sorrentino’s far quieter, but no less schizo,  [It Was] The Hand of God, an Oscar bid that bowls one right down the middle with the bio-loving Best International Film selection committee. The parenthetical is mine: Netflix left off the first two words of the Italian title, and I don’t agree with that decision — it alters the director’s subtextual intentions.

I also don’t agree with the marketing direction, that it’s about a teenager obsessed with Diego Maradona. At best that’s a sort of MacGuffin, but not really. The Maradona fanboy trope is merely heavy-handed symbolism — ‘Hand of God’ was the soccer star’s nickname — at least from an Anglosphere perspective, which has none of the implied Catholic superstitions and magical thinking of Italian/Iberian culture.

It was somewhat jarring for me to find out midway through that both Sorrentino and I experienced a life-altering loss that happened much the same way, at the exact same age, on the coast of Italy, no less. I also wanted to become the American Fellini when I was a teen, something I never achieved, whereas Sorrentino has positioned himself successfully as the maestro’s second coming.

That’s where the schizo comes in: In terms of cinematic style, The Hand of God is split almost precisely in two, to the minute. The first half is a direct homage to Fellini, referencing his own autobiographical Amarcord, lusty fat women with huge tits and all, which the Master made when he was more or less the same age as Sorrentino is now.

After the life-altering incident, Sorrentino drops the circus-like, presentational diorama style that Fellini veered into from neorealism with La Dolce Vita, as if having an allergic reaction to realism that triggered something of a psychotic break that allowed him to be possessed heart and soul by all of Surrealism, to spectacular effect.

Sorrentino does the reverse, plunging the second half into the late 80s/90s Nuovo Cinema Paradiso style of demi-realism, a.k.a., Whatever It Takes to Please the Cannes/Venice/Best Foreign Film committees. Life is beautiful, ragazzi! 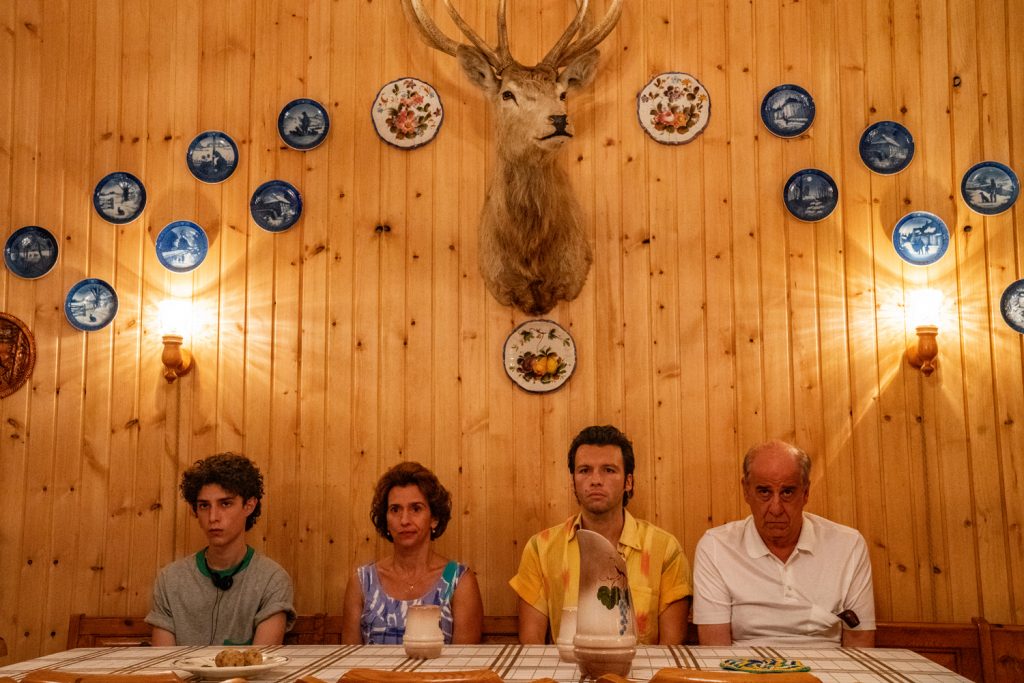 The schizo effect doesn’t work for me, entirely because I’m certain of how much deeper into loss and grief Sorrentino could have spelunked. Two films in one is too jarring, fucks the flow up needless — it pisses in the soup, as they say in Italy. Sorrentino has this typically machista aversion to melodrama that he fully acknowledges in a stagey shot, in which the utterly unappealing hero — Fellini looked nothing like Marcelo Mastroianni, but he understood what the eye preferred to connect in terms of his alter ego — finally breaks down in sobs, with his back turned to the camera, surrounded by teens kicking soccer balls in a chaotic, flapping pigeon flock of maschiotti.

As I present my own journey to a broader readership and audience, I understand how tough it is to give in to the pathos of grief and other emotions that traditionally haunt the domain of women. That is where I play the gay card, give myself the finger, and say, “The only shame is being ashamed.” But I cannot help feeling less of a man when I realize that I’m breaching universal biological behaviors of my sex that are far more immovable and foundational than faddish gender constructs and performativities.

As a proper Italian male soccer fan who will fuck any woman as long as she’s a woman, Sorrentino doesn’t have gayness to lean on, to excuse him in front of the other fellas at the strip club, or on the playing field. He compensates with obliqueness, or plain sneering at pathos and self-pity, with this relentless burlesque shtick that he’s perfected as Fellini Junior.

It’s a common trap with all visually inclined directors, especially Italians raised in bella figura (beautiful face) culture: Style over substance — all that matters is how it looks in the screen.

The Circo d’Italia style absolutely does work when he’s going at it full throttle, but not halfway. I’d rather he’d chosen one or the other for The Hand of God, preferably Fellini Junior, if Sorrentino can’t risk a brutta figura (ugly face) with the sort of pathos that I believe is essential for stories dealing with enormous personal tragedy. At this point, he’s compelled us all to admire his stylizations, if not downright adore them from time to time: I believe I stood up from the sofa and applauded at the end of La Grande Bellezza. I barely made it to the end of The Hand of God, and I had uncanny amounts of skin in the story.

Another critical point where Sorrentino and I diverge: He seems to be stating that being a film director is a role he’s playing, as if validating an English producer friend of mine’s statement, “Let’s face it: Most men become directors so they can get laid by women they would never get otherwise.”

I understand the ego boost that being a filmmaker bestows, but it’s not a role I play. I’m a storyteller, a raconteur first and foremost. The format — books, essays, theater, branding, films long or short — is irrelevant. It’s all content of one form or other. Like all true maestros, Fellini had no ego. He did it because he couldn’t do anything else, not because he wanted to be someone else.

Sorrentino’s embarrassed self-consciousness is what prevents him from being a true artist — he’s merely a one-man cover band in the style of Fellini. If I add to it his man-spreading cowardice about injecting any hint of melodrama, any emotion other than awe at his image composition, or laughter at grotesque characters, I finally discover the reason I’ve never been able to connect at a visceral level with any of his films or shows.

'1883' and Its Pretzels of Conflict Between Anglos and Euros