The Three‑Body Problem of ‘The Secrets of Dumbledore’ 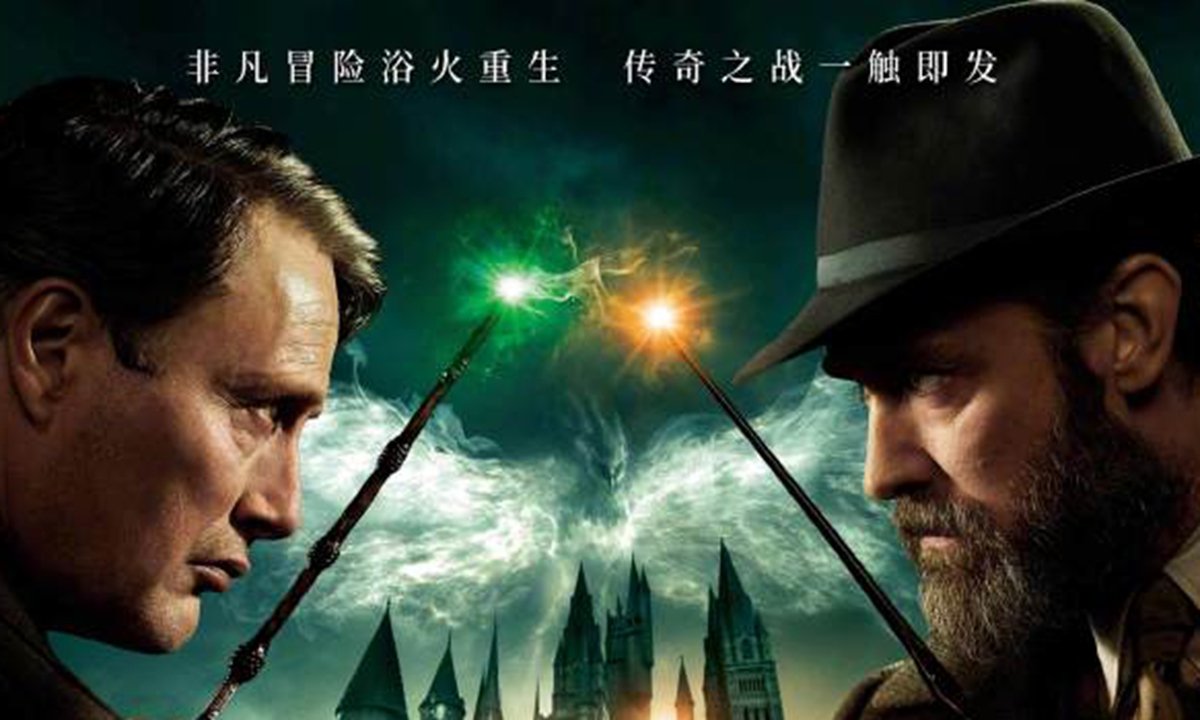 The Secrets of Dumbledore (SoD)is a confluence of three juxtapositional notions. From a filmmaking standpoint, it’s a staggering, entire fertilizer processing plant of crap. I say that with deep respect to David Yates, who pulled the final Harry Potters from the yawning maws of ho-hum, and made them both beautiful and worth the price of admission for people who weren’t looking for some way, any way to fill Sunday afternoons of a weekend mandated by the custody agreement.

From a social-evolutionary standpoint, it’s groundbreaking: This is a children’s tentpole-maypole-$120-just-for-the-concession-stand movie that features a same-sex relationship between two male leads who aren’t fem-washed with clownish, unthreatening performativities picked up from RuPaul’s Cranberry-Splash Shantay-You-Gay Drag Ballroom Bingo every Tuesday night at the Abbey.

These are two virile, thoughts-of-sex-provoking daddies played by Jude Law, aging so well, and the always riveting Mads Mikkelsen. They’re a former couple whose love was once so deep that if they fight, or even think badly of each other, they risk fatal strangulation by enchanted love lockets containing their mingled blood. Grindelwald, formerly played by Johnny Depp, has long since gone over the the dark side of the Force, turning the relationship into a yin-yang of dysfunction and co-dependency.

Thirdly, from the standpoint of the many excesses of wokeism, the movie is meta to the ravages brought by Amber Heard on the MeToo movement. She saw fit to try to fly the capricious victimarian dragon and elevate her star profile by MeTooing one of Hollywood’s few bankable actors. That in turn got him fired from this film, and replaced by Mikkelsen.

This loops back to the first standpoint: Much as we love Mads in just about everything, he is woefully miscast in SoD and drags the film down even further than the Tisch Film School sophomore scripting. The two major British maypole-tentpoles, Bond and Potter, demand that the villains be charming, seductive. Mikkelsen might the ultimate steel-faced, Bergmanesque übermensch, an imperial bust that is mesmerizing in the hypnotic sense of the word: He is both unusually handsome and the perfect representation of flat affect in marble. Charming in that cheekily arch British way he is not.

Depp, however, very much is that type, even asleep in a shit-laden bed. That’s why this is meta: Heard did destroy his career, and that’s at the heart of all defamation cases in this country, where an ability to earn a living is paramount. The relationship was abusive, bad chemistry, like my parents’ marriage. But it was mutual, equitable, like George and Martha from ‘Who’s Afraid of Virginia Woolf.’

Michelle Goldberg can wring her hands as much as she wants in Times opinion pieces trying to defend Heard on the basis of MeToo movement principles — bringing up the UK court decision as evidence of Heard’s innocence without detailing all of the nuances of British libel law is abusive of true feminism in itself — but what’s critical isn’t Heard’s believability. She simply shouldn’t have written that article. That wasn’t just bad faith, it was pure psychotic evil, not to mention a total breach of unwritten entertainment biz  protocols protecting a superstar’s privacy.

Imagine that MeToo-era Martha, strapped for cash, her career marginalized despite all those enthusiastic pompoms and cartwheels from WME, takes the fight out of the house and into the press. George is not only fired from a tenured position, he can’t find work anywhere else.

It’s no longer about abuse, about shitting in the bed, and certainly not about my idea of feminism. It’s about fairness. What Heard did was unfair. What WaPo did in publishing her piece was unfair. This is an era when Progressives insist that opinions and emotions have civil rights, no matter how fraught or how big the conflict of interest is, just as much as the far Right insist that alternate facts are real truths.

As for the overall merits of SoD — a title that’s a cogent allusion in a series rife with magical closets — taking into account its unique three-body problem: On the one hand, I’m glad for it, namely for representing the vast majority of men who have sex with men as we really are, especially for impressionable young minds; on the other, it’s lame filmmaking in a spinoff franchise that conceptually had so much potential. But they literally lost the plot and the purpose through that greatest of Achilles’ heels that besets all filmmakers now and then: Bad decisions, foremost among which is the scripting. And that’s on Rowling herself.