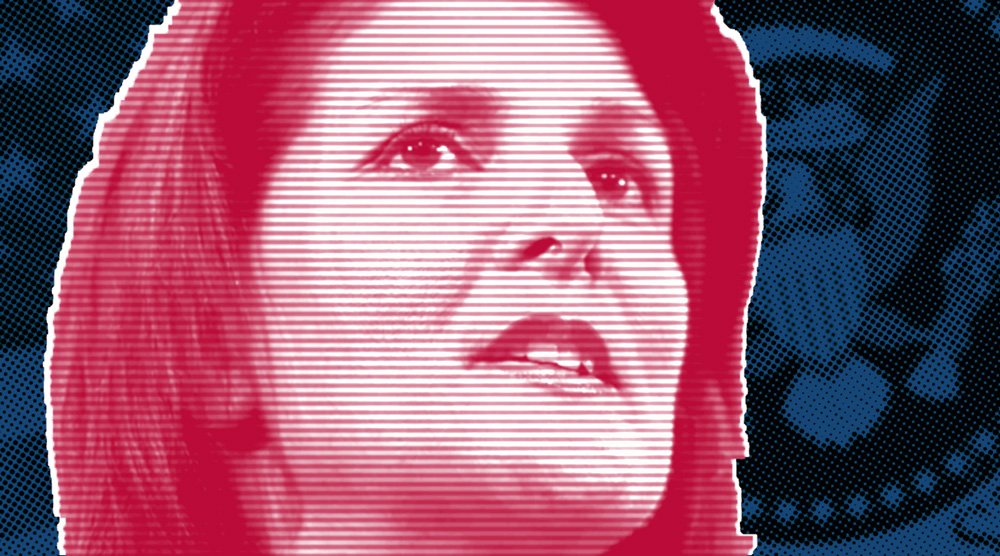 In a post from two years ago screen-capped below, I stated my belief that Nikki Haley would be the first female president. It was an extension of yet another post I can’t locate, in which I observed that in the Anglosphere, the few women who have been elected heads of government tend to be Conservatives.

To believe that American exceptionalism extends to our national mindset being so radically different from Mama Britannia and our cousins Canada, New Zealand, and Australia, that we wouldn’t follow the same inclination, would be making too much of our differences.

If we’re honest about it, there’s also the widespread perception among both sexes that most women tend to be emotionally unstable “psycho bitches,” to borrow my Republican sister’s term. In order to balance an intractable, albeit unspoken, bias that no amount of cancelling or Critical Theory-based reeducation will erase, my conclusion is our first Madam President would need to be Conservative.

My prediction from 2020 acknowledges that I’m crap at predictions.

VP Shri Shri Kamala-ji has gone from being generally disliked for reasons people can’t quite pinpoint, but are too polite to acknowledge, to being ignored. I always thought choosing her just because she was a woman and Black-ish was a ludicrous bit of double tokenism that dangerously placed identitarian ideology above merit. The fact Harris didn’t move Biden’s poll number by a single point was proof enough that it was a futile move.

No matter how much Progressives hate laugh like the most-hated teacher in school about the truth of it — you can’t be an anointed member of the Great Oppressed if you acknowledge the reality that, by and large, in 2022 you are responsible for your own shortcomings and failings, not some phantom oppressor you’re convinced is real because everyone you know and admire perceives that poltergeist, too — America is, for the most part, a staunch meritocracy. Yes, it’s flawed, rickety from rough assemblage, riddled with cracks of nepotism and cronyism, but like the Japanese concept wabi-sabi, it’s nonetheless beautiful, valuable, and very much there.

It’s not just that Kamala comes off as a faux-Liberal who can’t conceal the haughty half-Brahmin that she is, she was a  prosecutor, then state Attorney General. The reason she broke a glass ceiling at all is because prosecutors, DAs and AGs are the legal branch of law enforcement, an existential threat to Black men across the nation. Historically, it’s not the sort of career that Blacks of either sex have flocked to — no career is worth being ostracized. Only the ruling class, of which Kamala-ji is very much a part, can afford not to care about being ostracized; one of the perks of being posh is literal social security, which means not having to care what others think.

As brilliant as I think VP Harris is in many respects — not to mention how easy she is on the eyes — I’ve hated having a professionally litigious person, with something to prove as a first-this-first-that, merely an elderly man’s fatal coronary away from the presidency. It’s no different than what I felt about Sarah Palin.

Granted, Palin was such a terrible, demented choice for running mate that it put McCain’s judgement in question. There’s no question that Kamala-ji was a far more suitable candidate than a vulgar, ignorant bumpkin whose most notable contribution was providing Tina Fey with her career-best impersonation. I still don’t want Kamala-ji for president.

Still, for the purposes of my argument, it’s notable that GOP apparatchiks, from the RNC to McCain’s campaign management, were convinced that having a woman as a running mate would have such a positive effect on Republican and right-leaning Independent voters that they were willing to overlook her glaring lack of experience. Knowing them the way I do, they were also simply too naive to believe that the governor of a state could be such a comical rube, like a vain, wacky character from an Alaskan remake of ‘Absolutely Fabulous.’

The one thing the GOP excels at is mining the essence of the foundational spirit of America. With Democratic tin-foil-halo morality in its current twisted state after a very long decade of hate laughing and canceling, of shocking double standards and pseudo-Maoist purity tests, Dems cannot seem to grasp that the vast majority of Americans do see the country as fundamentally meritocratic, imperfect and erratic as it is, that the American dream is real, albeit as weird and elusive as any dream.

With the exception of the very purest of Bidensian moderates, who are a tiny minority of the party, Dems both mainstream and Progressive can only see the country as essentially evil, oppressive, riddled with systemic flaws, not sufficiently repentant for historical crimes that they see as continuing in the present, even if there is no objective evidence they are. On a daily basis the NY Times, CNN, MSNBC et al. trumpet the imminent demise of our democracy as a sort of atonal, hysterical morning Reveille.

As a result of the constant drip-drip of demonizations, the majority of Dems seem to believe the dystopian illusion, as ridiculous as it is from an outsider’s point of view; for example, all of Ibero-America fails to see what the problem, much less the racism is, with the exception of actual Marxists with CPTSD-induced antisocial disorders.

The Liberal orthodoxy that has taken hold is that the only way to resuscitate our permanently moribund system is to eradicate its terminally racist, misogynistic, homophobic, transphobic, segregated, White-privileged, undiversified, inequitable, noninclusive culture with postmodernist constructs supported by opinions and emotions in the place of all reason and objective data, and by pseudoscience in the place of real science, which is invariably tainted by implicit biases favoring White supremacy because Whites invented science for the express purpose of oppressing nonwhites. And so forth.

As of right now, all Democratic women that I can think of who might be viable presidential candidates in 2024, provided Biden doesn’t run again, or more likely in 2028, represent the socially toxic fictions that too many Dems believe in and promote as unwaveringly as MAGAs embrace the wackiest QAnon conspiracy theories. Just as Republican politicians were strong-armed into supporting Pugsley’s every outlandish act and mendacity, so too has the Democratic political establishment bent the knee to Progressive fictions and paranoid delusions.

Let’s face it, social justice movement “truths” are nothing more than baseless conspiracy theories, in support of which most Liberals are willing to reject real science, to some degree or other. This is the same science on which all of the life-saving, life-improving systems and infrastructures of modern life are built, that social justice activists take for granted with every mobile phone call they make, every elevator they take, every lifesaving medication they swallow and surgery they undergo.

A disheartening majority of Dems are the only ones who see this rebellion with no cause as being righteous and necessary for progress. Then there are concerned anti-Progressive ultra-liberals like me — there is nothing remotely progressive about pseudo-Maoism — who see it as the opposite. An old school Australian feminist I know, who proudly calls herself “Bolshie,” recently said about the Woke Inquisition’s ongoing reign of terror, “I reckon it’s mainly the fault of middle-aged women.”

Those crucial swing voters, whose viewpoint isn’t distorted by through-the-looking-glass cognitive dissonance, would probably agree with Ms. Bolshie, especially if they knew the details of how this great evil came to infect the Anglosphere and kick off the culture wars, which are falsely blamed on Republicans, of course. Except Conservatives don’t do culture; they’re a monoculture without a care for identity and imposing changes that make no sense to an already complex language, and they like it that way.

The dozen or so Democratic women who are qualified to run for president, who will likely be advanced not on merit, but because they are potential glass-ceiling smashers, are those same middle-aged women Ms. Bolshie blames for this reign of terror.

The aforementioned reasons are what lead me to believe that the first woman president won’t be a Dem. She’ll be a Conservative; as of right now she will be Nikki Haley.

There’s another, less-cogent indicator of Haley’s suitability and potential that is no less alarming for me: I rather admire Haley for her political shrewdness; girlfriend has Machiavelli imprinted on every cell in her brain. She’s also attractive, articulate, likable, confident, ballsy in a way that doesn’t threaten men. She seems trustworthy, charming without being smug and condescending, unlike her Democratic counterparts. The way I see it, Haley is going to grind DeSantis to dust. When I like a Republican politician, and I never have, you can be sure Hell is now a vast ice skating rink.