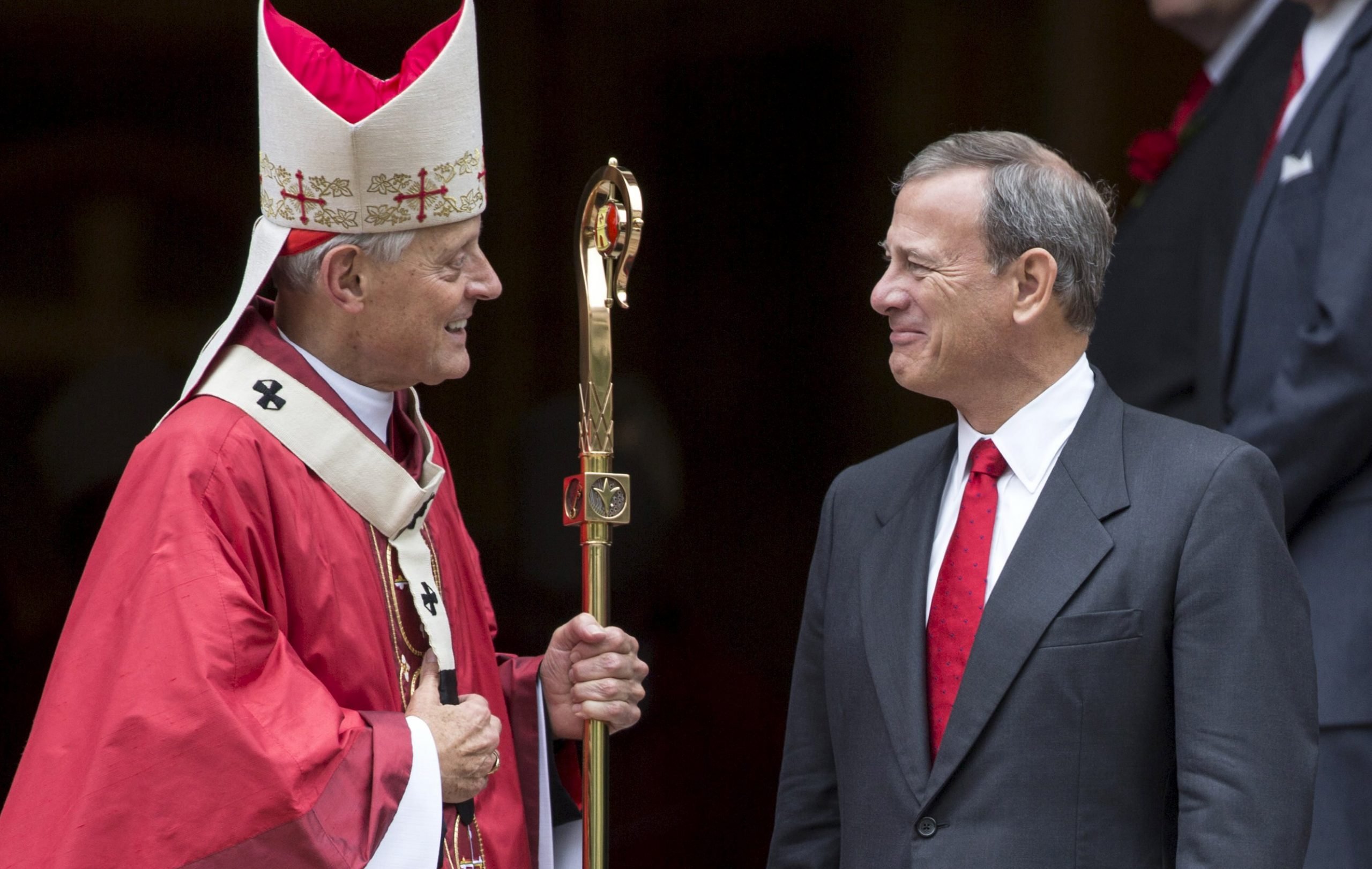 Midway through reading an opinion piece in the New York Times about the seemingly insurmountable scorn that has beset both Liberals and Conservatives in America, in different but equitable ways, I muttered, “This is written by an Episcopalian.” Sure enough, its author, Tish Harrison Warren is an Anglican minister. Episcopalians are the Anglican Communion in North America.

There was another opinion piece by Dilan Esper on Quillette the other day bemoaning America’s hypocritical “Puritanical” origins, ascribing the reversal of Roe v. Wade to our problem with sex. Esper is a Californian, a culture many social evolutions away from where Puritanism flourished and died out, hundreds of years ago.

Aside from being a facile cliché, it’s also a common fallacy, and I say that as the descendant of a sometimes-moderate Puritan minister who lived in East Something Or Other, Long Island, in an era that makes me uncomfortable to think about because of the lack of speedy transport. Seriously: I become fatigued thinking about getting around colonial America pre-steam engine.

The base code of American culture — i.e., what gave rise to this country — is predominantly Episcopalian (Church of England in America), with a hefty dose of Presbyterianism (Church of Scotland in America), not Puritan, Quaker, Amish, or that lot. We are sometimes called Anglo-Americans, or even British-Americans. As I like to say, “It’s British culture with the fun bits taken out.”

Puritanism died out so long ago, well before the conversion from colony to sovereign nation, that it’s merely a default legend upheld by people outside my socio-cultural group. It was also highly localized, like Quakerism.

Among other freedoms and democratic political reforms that my Episcopalian-Presbyterian world gave mankind — and all mankind always takes precedence in our thinking and deeds, not ourselves — is freedom of religion. That attracted and fostered fundamentalist Protestant sects that flourished in the South and Frontier states, like Utah. Roman Catholicism should also be viewed as an intolerant, fundie religious sect that arrived quite late in the country’s history; in my natal culture, we are far older than ~250 years. Those fundies are all transplants atop the base code of my socio-cultural group.

And it is those cultures that caused the schism in the country we see today. I had no idea that Catholics were so dangerously overrepresented on the SCOTUS. I was stunned when the abortion decision leaked; I couldn’t imagine even Republican members of my caste overturning what is clearly a civil right, in our view. Republicans can be dicks, but overturning Roe v Wade is being a dick wrapped in a corrupt, fundie, un-Episcopalian-Presbyterian doctrine.

Maureen Dowd can make excuses for Catholics, as she did last week in another opinion piece about abortion, and pish-posh the notion that the Holy See controls either Biden or the SCOTUS, but that’s being disingenuous. As a recent example, shortly after Biden was sworn in, Pope Francis had to intercede to make sure that the American president was still allowed to take Communion. That isn’t influence over our head of state and government? Reagan was a crypto-Irish Catholic, who passed himself off as Protestant — he was “Christian” — to appease the old, anti-Catholic GOP. He worked in tandem with Pope John Paul II to dismantle the Soviet Empire.

Look at what Nancy wore to meet the Pope: She’s roleplaying Catholic matriarch: 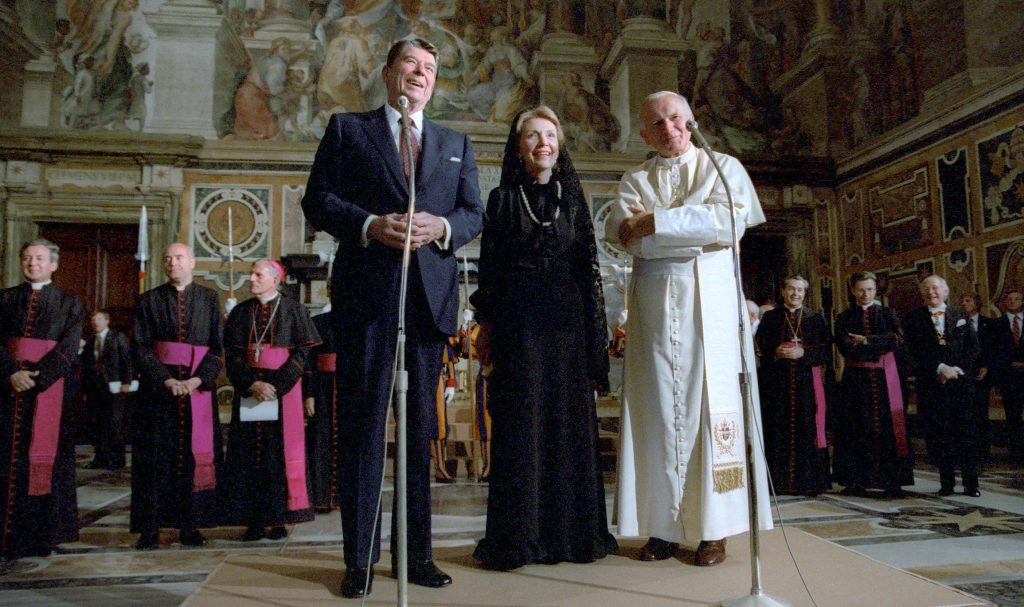 Enough with the apologies about it, Ms. Dowd: Whether directly or indirectly, the Holy See maintains control over its flock. Being custodians and former patrons of great art and architecture just means that Catholicism, Inc. as a sovereign state, and the only absolute monarchy left on the planet, had the money to commision those works, in the most creative culture in the West at the time. It doesn’t forgive monstrous crimes against humanity like actively thwarting birth control and abortion, and maintaining a covert, intergenerational culture of homosexual pedophilia.

Let me add to Rev. Warren’s piece, to explain the subtext that she is culturally constrained from spelling out as directly as I am: If we want to save the national conversation, among other things, like understanding that both sides in the our great divide are to blame, Americans should try to understand their true origins, at least a bit.

I don’t suffer the delusion that people will rush out and become us. I should hope not; we’re genetically frigid, anodyne, and dull.

Rev. Warren’s piece is also fairly meta: She represents the Episcopalian soul of the NY Times. That’s why the Grey Lady has gone so off the rails embracing wokeism: “They say we’re inherently elitist oppressors. If they feel so, they must be right, poor things! Quick, untie my hands from all the wringing, that I may save them!”

But we’re out there, still, sitting on collapsing wicker on porches that could’ve used a coat of paint twenty years ago, drinking shitty, cheap booze, more woke than anyone else, of course, because we’re that gullible and well-meaning. To wit: the former Episcopal schools in NYC — continuing to call them by their founding denomination was too elitist and not diverse enough — and how fervently they embraced antiracism and gender activism, until the various PTAs pushed back, and were taunted about “drinking Negronis in East Hampton.”

Negronis? East Hampton? How very little you know the more-common us.

By “us,” I exclude those who identify as members the Flying Pest Caste, who do maintain hives out in the Hamptons; they’re something of an abomination. Traditionally, we don’t tolerate privilege and elitism, much less casteism, which is why the acronym signifies a nasty, stinging pest: It was intended as a stereotypically oblique statement of disapproval by one of the few members of my community who broke caste and wrote about us sociologically. We don’t consider ourselves interesting enough to be worthy of comment, much less study, and we’re right.

Indeed, because of the elite status outsiders ascribe to us — with the exception of the Hamptons hives, the vast majority of us seriously don’t see ourselves the way Ralph Lauren does, at all — it’s a subject that’s still as culturally difficult for me to write about as it must be for Rev. Warren. I literally feel a “This bragging is unseemly!” tug within me, all over me, trying to restrain me, to hide the embarrassment about the elitist image inherent in the popular image of my natal culture and just blend in, opinionless, commentless. Why make a fuss? Why trying to explain? Let them be who they want to be, say whatever they please!

Because it’s a sizable part of who I am, and what the country is in its soul and structure. And per Rev. Warren, we need reminding of who we really are as a culture. So much more than lockjawed twats in colorful Bermudas, although admittedly we can be that, too. Those are just the performativities of a tribe that is much like any other.

It pays to remember that rejection of aristocracy is partially why we set up the country as it is, in the first instance. That’s why it’s the Episcopal Church, not the Church of England, which has a monarch at its helm; our Archbishop of Canterbury is called ‘Presiding Bishop’ because we don’t do grand prefixes, either.

I was confirmed by our Presiding Bishop in the mid-70s, when he visited Rome. While I’m an orthodox atheist in practice, culturally I’m an Episcopalian and always will be, as are all Americans, to one degree or another.

The American Catholic Church, on the other hand, does bow down to an absolute monarch. That’s un-American, and at the core of why SCOTUS has gone rogue, not the fact six justices belong to a political party that didn’t accept Catholics until my parent’s generation.

If the Episcopalian and Presbyterian denominations changed their names to break from the British monarch, so too should the American Roman Catholic Church with the Vatican. But it’s too late. Now we have a Supreme Court that clearly answers first to the Pope, second to the Constitution.

It's Time to Start Using the F-Word About Russia