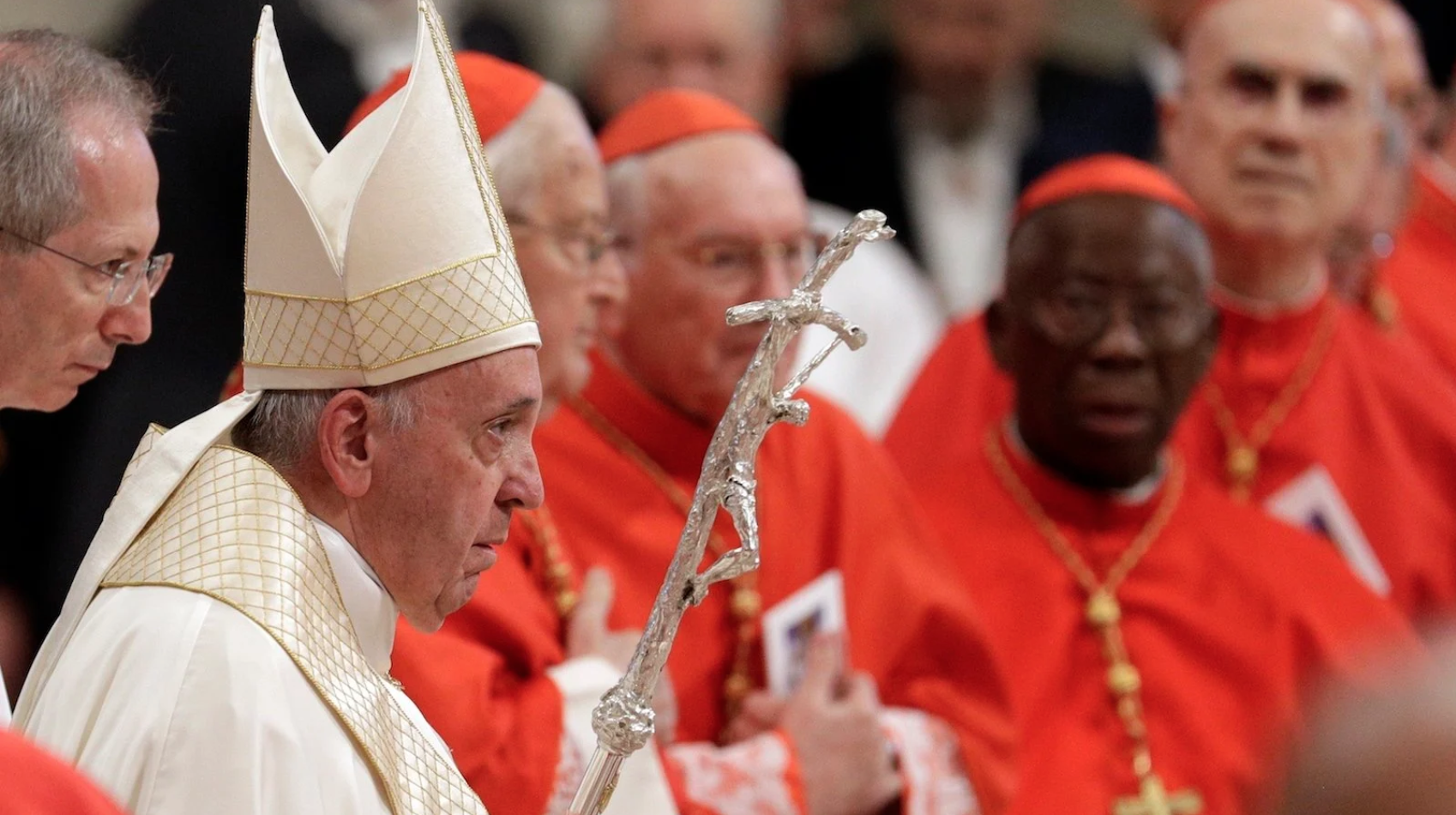 I’ve been scouring the New York Times’ opinion columns for the past few days since the overturning of Roe v. Wade. I’m impressed with how the eminences of social justice, in their zealous rejection of anything that might hurt feelings they value, have assiduously avoided discussing the true villain throughout all three branches of government: Religion.

Commenters to these essentially anodyne, repetitious, obfuscatory articles aren’t as easily fooled. The most upvoted comments are those that lay the blame squarely with religion, where it belongs. If there is any group tha comes out ahead from this unnecessary mess created by both sides, it’s atheists. Hallelujah.

Without assigning blame where it belongs, by presenting a lopsided ideological stance — posting mild pro-life opinions from their centrist conservative columnists isn’t balanced, just more of the same thing pretending to be an opposing view — the Times once again abdicates moral authority. In the end, they’re the Christian Science Monitor with more money and a condescending New York attitude.

To defeat an enemy, you have to know who they are, how they think. It’s not enough to jump up and down in rage — that’s going nowhere. In the case of the Catholic Right that have seized SCOTUS, and their backers, you’re just making them feel justified that they’re doing this for your own good because you don’t know what’s good for you, not like they do.

To wit: as far as they’re concerned, you’re so busy forcing half-baked French philosophical juju onto children, even if it means standing by and supporting it by saying nothing, that you can’t see how right the Right are. To them, the proof is in the pudding.

Religious conservatives, in this case of the American Catholic establishment, are philosophically correct in separating the procedure from the sex. The more you make it an attack on women, the righter you make them, and the stronger their case and resolve becomes in their fight against an illogical, hate-filled and hateful ideology that is as much a fiction-riddled religion as any other. 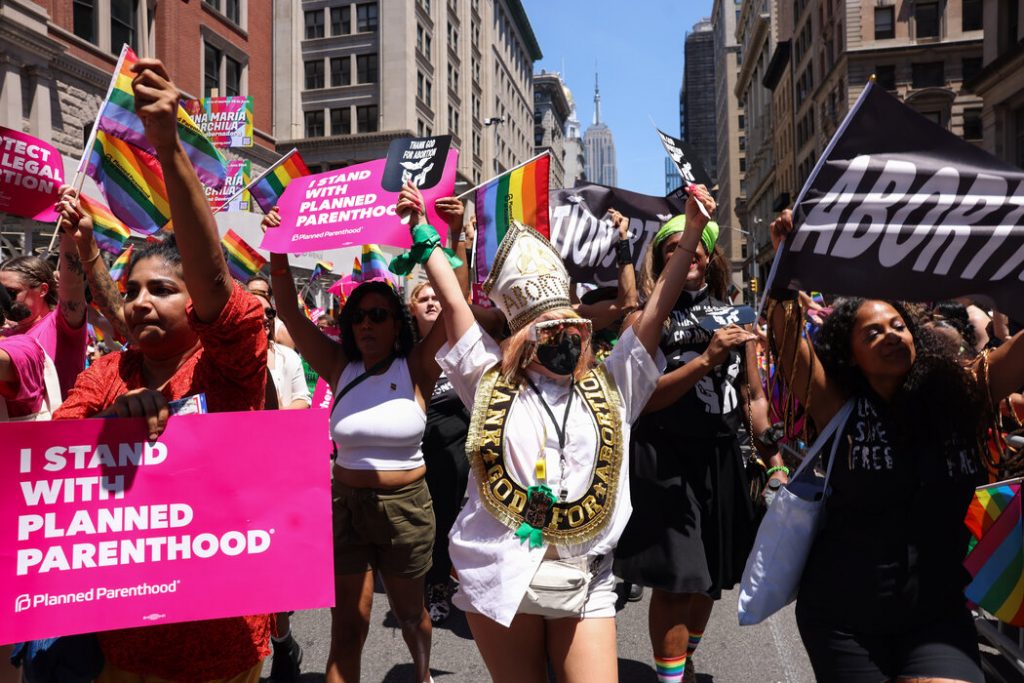 Let’s get one essential fiction promoted as fact by the Cult of Woke out of the way, first: Women are a sex, not a gender. With everyone but the religious Right so confused over the reality of biology, for the most part rejecting it, how can you know what’s right for anyone?

At least the Right still believe in science; everyone but them believes that personal fictions and opinions have more validity than biology. How is that not the same as wine and wafers being the blood and body of a murdered deity? They even have “democracy” on their side: Their religions are embraced by billions, and have been around for millennia. They are “established.” They are “precedents.”

To prove that it isn’t about women, they might say to you, “Well, only men can have a prostatectomy.”

To which you’d reply, “But that’s available to all men who have access to it.”

They would reply, “The two procedures aren’t the same: one saves life; the other takes it away. But even that doesn’t matter. The point is that it’s a procedure that only one sex can have. Therefore, the prostatectomy as a procedure isn’t about men as a sex, just as abortion isn’t about women.”

In other words, don’t make this personal. Don’t make this about feminism V 6.53, a.k.a. the Betty Friedan Update. It’s about the procedure, about what it does. It’s just as easy for them to say that it’s pro-choicers who hate women, by subjecting them to what they see as an unnecessary medical intervention that compromises lives.

Religious Conservatives don’t hate women; at least half of them are women. Roman Catholics are so pro female they even worship an intercessory virgin goddess, a major point that separates them from Protestants. Conservatives are mothers, daughters, sisters, aunts, too. And they believe they’re doing the best thing for women and humanity, for the survival of the species, not you.

The Holy Father, the only absolute monarch in the world, assures Catholics they’re doing the right thing. They’ve been kneeling to him in belief that he’s semi-divine since they were children. To the Supreme Court justices, it’s Holy See first, Constitution second. It’s a reflex.

Step back, look at what you’ve become under the sway of Wokeism. Who are you to speak for women? You’re not even sure anymore what the definition of a woman is. Apparently, men can get pregnant and have their periods, too. If you don’t agree, you’re a TERF who needs to be cancelled.

In fact, as they’d remind you if you were able to hear them, if the news you’re receiving didn’t filter it out, like FoxNews filters the truth for them: Norma McCorvey, a.k.a. the Jane Roe in Roe v Wade herself, converted to Catholicism and became a lifelong anti-abortion activist.

Scratch an activist these days, get a religious zealot. Progressive activists were the accessory at the 2021 Met Gala, darling. Remember Madonna’s crucifixes in the 80s? So then, so now.

It pays to remember that the Constitution itself is a kind of religious text. SCOTUS are the high priests of the rule of law, the Constitution is their Bible. When Alito writes in his often-delirious, making-the-glass-slipper-fit-the-ugly-step-sister decision that abortions are “demeaning to the medical profession,” go back and look at what he’s referring to in spirit: the original Hippocratic Oath, also a sacred document. 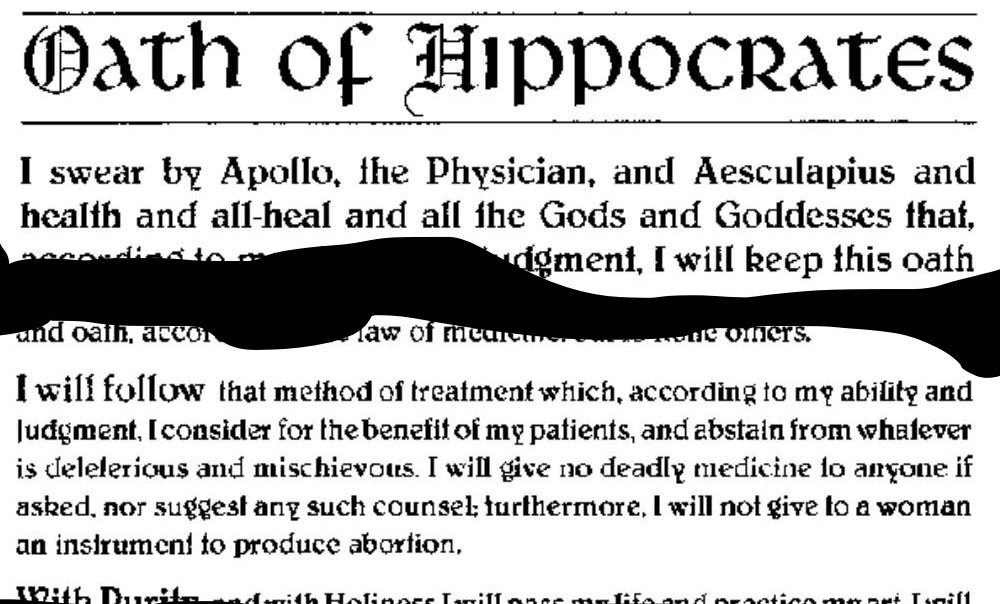 In my experience, few people have ever read the original. Alito and Co. have; again, they are all about what is “enshrined” in sacred texts. To begin with, it’s a religious oath. Read the last sentence of paragraph 3 in the example posted below that begins “I will follow…” That’s the most famous paragraph, the one TV characters quote as “First, do no harm.”

The Moses of medicine singled out abortion over all procedures by giving it specific mention. In no version of the original oath — i.e., the purist one — does the doctor actually perform the abortion himself; he merely provides a woman with a “pessary,” a device inserted into the vagina, to do it herself. That a doctor would perform the procedure himself appears to have been inconceivable to a man so revered that his name is still attached to most modern versions of the oath, which make no mention of abortion, for the most part.

This is how they think. They obfuscated their answers about Roe v. Wade in confirmation hearings, then took a massive hole in the playing field — that a court ruling is not the same as a law — and used it as a noose to hang the Pro-Choice Movement.

Remember: The movement has been fully aware of the precarious position it was in since 1973, making each Conservative candidate pinky swear about “stare decisis.” The enemy who fancy themselves the good guys, who know what’s good for you because, let’s face it, Progressives have lost their minds the past ten years, sneaked Catholics posing as Episcopalians onto SCOTUS, one by one, then three all at once.

I had no idea until the leak of the decision they were all Catholic; I would’ve been more vocal about it, having been raised in Rome, and stuff.

Nobody on the Left said anything about the dangers of so many subjects of an intolerant, corrupt, morally bankrupt absolute monarch being placed on the Court, of course, because, you know… the party of Kennedy, now Biden and Pelosi… what about their feelings? Part of Biden’s creation myth is how he overcame prejudice about Irish Catholics. Tricky. Very.

They still haven’t said anything. In all of it coverage, all of its opinions, the Times has avoided ever mentioning religion and Catholicism. They are merely making the unholy sacred by hiding behind these rituals that avoid offense. The truth is the Vatican has been Satan since before they shut Galileo down for telling the truth; evangelicals and other fundamentalist Protestant sects are so dangerous they would be regulated, if they were a drug — Marx wasn’t right about much, but he was about religion being an opium. Why is it so difficult for the Liberal establishment to speak the truth?

It’s not tricky. It’s about religion in all its forms, that’s all. Had enough, yet?

Still, we cannot ignore the science of this either: Our biological imperative is to reproduce to ensure the survival and success of our species. That’s probably why nobody but deranged monsters actually likes abortion. But we’ve taken firm control of our own evolution now; we fight cancer and other diseases that are meant to improve us through natural selection. We are no longer living in herds and tribes, but a few levels above chimps; abortion is necessary for many reasons given where we in the span of existence of homo sapiens sapiens.

If nature produces miscarriages and stillbirths as part of natural selection, then as the relatively new owners of our own biological destiny, humankind must be allowed to manage reproduction, if only for the sake of overpopulation and the health of the planet. The Religious Right need to to swallow their natural revulsion, and put practicality and the quality of life of the sentient over the unborn non-sentient. Explaining your disgust away with religion, whether spiritual, philosophical or legal, isn’t justified — it’s juju. That means you need to get a grip on your emotions and baser instincts, come down off your high horse and shoot it.

Your brother in reason and atheism,