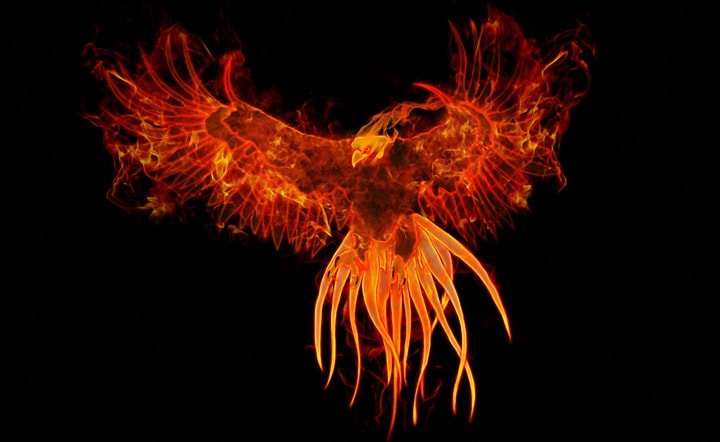 To set the record straight, this person is very real, but he’s not the one who was seen in pictures with me. That is Giovanni, a dear friend and one of The Hun’s right hands. Don’t get too excited, ladies, this doesn’t mean he’s available; his boyfriend Alvaro is a delightful mirror to his sweet intellectual sexiness.

I had a notion I’d talk about love, and recount the epic story of how I met Illya Kuryakin (not his real name.) Seriously, this is a romantic comedy that has been going on for so long I’m considering changing my name to Sally. Although unlike the famous story of when she met Harry and their long, winding path to come together, Illya and I initially took to each other like iron fillings to a magnet, or peanut butter to jam. It was electric, it was delicious. Nothing could rip us apart; we were bonded with emotional super glue.

But it seems too weird to talk of romance when the world is in such turmoil. True: if it’s not one conflict happening there, it’s another happening here. Conflict is never-ending, just as romance is ever-blooming. Creation follows on the destruction that follows on creation. Still, we all need a reminder that love is all around us.

Even in love no one feels totally safe. The worst conflicts repeatedly arise from those who love each other or see themselves reflected in each other. Certainly, the ones we love know too well how to to set us off, often recklessly. Mothers must be the all-star champions when it comes to pulling the triggers of insecurities; they helped us create them in the first place. An innocuous comment like “Are you sure you want to eat that?” can hurl us into the throes of fear and doubt. The claws come out, the alley cat arches its back and hisses. Are you saying I’m getting fat?! But Mommy Dearest’s only reply is an eloquent fanged grin that says it all. Perhaps the words were coming from a place of tender concern, yet the fear of rejection through judgment colors ever syllable. A little devil with pompoms named Misunderstanding cheers us on to conflict.

Old pains die hardest. Conditioned reactions, sanctioned by self-righteousness and the need to be right, lead us back to where we started. It doesn’t matter how much self-awareness theory I’ve ingested, how many hours I’ve sat in meditation — live in the moment! — I still find myself reenacting the past. I must eat more humble pie, I must grow fat on it. For the moment, I’m still a skinny, intellectually cold Jean Grey, the X-Men heroine who transforms into the blazing phoenix when the need for protection arises, fearsome, ready to burn right through any hint of threat. When the flames die down, what inevitably follows is a heavy sense of grief, a questioning of my own humanity.

Why can’t we just turn the other cheek? Why can’t we realize in that moment we perceive the threat that the enemy is not always the other; what is often hurting us is ourselves. Our insecurities that are getting bent out of shape. Even if someone has malicious intent — and almost everyone is capable of some malice — you only take it personally because you are taking it personally.

Even a little innocent text photo can turn into a full-scale warfare, as I learned recently. One minute I was coasting along the streets of L.A., then a perceived missile was launched from New York, and World War III erupted faster than I could brake at a stop sign.

On the way home from the acupuncturist, I sent a picture of suction marks left from my cupping treatment to Illya, with the text, “I’ve got purple spots!”

He responded in some coded language that went right over my head. His message was followed by a classic four-word assembly for those in an intimate relationship, “We need to talk,” punctuated by a request to release hostages. My inner phoenix screamed at the sky and unfurled her wings of fiery destruction.

True, I was driving my car while reading the text; there is always a low-level tension that accompanies driving. Instead of re-reading properly when I arrived to my destination, I let the phoenix grip the wheel, allowed her flames to cloud my perception. I relived every disappointment and ‘relationshit’ issue that I’ve ever had with anyone. By the time I exited the car I was calling bullshit and had constructed a bombardment of words that were launched for the kill. Two seconds after punching send, I realized this was not the way. As fast as the passion for conflict flared up, it was extinguished by regret.

I apologized profusely, maybe too much, but overcompensating felt right. My lack of objective awareness, my momentary lapse of humanity had backfired on me. There was an immediate need to create peace; I’m not one to let things fester. I can’t hold a grunge longer than Dory in Finding Nemo can remember the journey’s goal.

Even if one is right to speak up and stand one’s ground, loving-kindness is still the best stance.

A few days later, I received Illya’s retaliation. Among the text that called out my own bullshit was the word “hickeys,” he had been under the impression that the picture I’d sent from my acupuncturist, of the purple welts, was of love bites from another man. The bruise that caused a meltdown.

I couldn’t help but burst out laughing. I had completely misread the coded missives of The Man from U.N.C.L.E. He thought he was being cute and sexy, I had no clue what he was talking about. Thus my responses made no sense to him, and so it descended, down, down, spiraling down… What a relief to laugh about the hickey cupping marks that almost caused global thermonuclear warfare! Nothing disarms me more effectively than laughing at myself.

I’ve been reading Eastern philosophy since I was twelve. I can still remember dragging my dad to the Bodhi Tree Bookstore on Melrose Avenue — now closed, sadly —and forcing him to buy me a book about meditation. I can’t remember exactly why; at the time I was more Wiccan. Somehow I must have come to the realization that the only way to create real ‘magik’ was by mastering your own emotions, which meant one must develop a deep understanding of our inner functions.

The late Alan Watts has long been a guru. He’s the philosopher who was resurrected by Scarlett Johansson’s computer character in Her. One of his ideas I always hold close to heart is that Black vs. White is simply a part of the drama of Life. The truth is there is White and Black, both are equal, neither can actually win because without the surrounding darkness no one can notice the light, nor can a shadow exist without the reflection of light. But we humans who so righteously love to create a right inevitably need a wrong to fight against. This is the basis of every mythology and action movie.

Another of his notions: Trying to understand this paradox that is Life is like tying to bite your own teeth.

It was certainly audacious that Spike Jonze brought Watts into Her in such a big way. But, honestly, overall the movie was so fucking depressing as far as the future of relationships goes. Most of the men I know found the movie uplifting, while the women I spoke to were like, WTF? Great. Another film giving the boys a way out from taking responsibility for their emotions. It looks like in the future we still won’t understand each other, it will still be dark trying to douse the light, still White trying to push back Black. But at least L.A. will look super-cool and they will have finally finished the subway system, which means I won’t have to text while driving any more.

How do we break the glass of illusions and regain our sanity? We are all a little crazy. Will we ever make a full recovery before we die? Me and Illya at the recent Rick Owens show.

Bombs are flying, children are dying. Humanity seems on the verge of inevitable destruction we are solely responsible for creating. And yet we never destroy ourselves completely. On that verge of destruction we find love, or love pushes us back from that verge. Time and again, creation blows a whistle and holds a stop sign to extinction.

One of my friends and spiritual teachers says that an interesting beauty deep-rooted in humans is we don’t respond with solutions until the crisis is in full effect. We are essentially solution creators, but we need to have one foot off the cliff’s edge, to be on that Verge, before we can make a true leap of faith and trust in love.

In the end, we must always look again before the phoenix rises, for that hickey may just be an innocent cupping mark.