‘Spencer’: Through a Looking‑Glass, Darkly Spencer vindicates my conviction that stories about the Royal Family, the tabloid-sullied Diana era included, are worthy of telling and retelling, as much as any Shakespeare play. Feigning a lack of interest in them is a common condescension, especially among middlebrow leftie Brits, but if you can watch Game of Thrones, you can appreciate stories about the Windsors.

I’m also an ardent admirer of Pablo Larraín’s. No was gripping, educational and clever. Natalie Portman was robbed of an Oscar for his Jackie, like Spencer the live-action portrait of a world-admired beauty and fashion plate pushed past the limits of mental endurance.

Spencer is probably the most realistic impression of Diana’s mental collapse; if it seems over the top at times, it’s my understanding that it was that bad. In a meta way, Kristen appears to inject her own insecurities about her acting into the performance. It’s a great decision: Only a narcissist is confident going the full hysteric; most entertainers remain uncertain and shaky even after the positive reviews come in and the awards pile up. 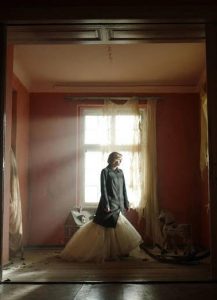 High praise from an old bitch: It’s the sort of craft-brewed script that should win an Olivier Award as well as a BAFTA. Look beyond the usual expectations of snappy Brit-alogue to the hall-of-mirrors structure: Herself, their selves, her splintering self.

Through the Looking-Glass, and to a lesser extent Alice in Wonderland, the original texts about the confusing quest for British female identity, provide a loose structure of tropes. When we first meet Stewart’s Diana, she’s fallen down a rabbit hole in her Porsche, and can’t get up. “Where am I?” she asks stunned working-class diners, as bland as a deck of cards, when she stops to ask for directions. A ginger rabbit in a white chef’s uniform lends a hand. She’s late! She’s late! For a very important date!

“Who are you?” the caterpillar said.

As Diana explains it, she’s in a place with only the past and the present, no future. Books appear like magic. People are seldom those she was expecting. One frame she’s dressed in a designated outfit, in the next cut, another. At the center of it all is Queen Elizabeth as the Red Queen; in Looking-Glass, it is she who explains to Alice how she will move from pawn to one day becoming queen herself.

Symbolism and sly references to incidents that occurred at times other than that Christmas at Sandringham abound. I even forgive and embrace the Terrence Malick sequence. How else to do her dance bits? No other else. Impeccable decision.

It’s Kristen’s year. Always loved her. So beautiful. Even her teeth. Especially her teeth.

The Electrical Life of Luis Wain

I think you’re an extraordinary talent. You’re quite specific about the stories you are willing to tell, a brave stance: No doubt you have a lot of shit thrown at you. You might be given a Marvel, next, but the MCU will be all the more joyous, quirky and melancholy for it. It will be a good match.

I loved your series, Flowers. I believe I threw things at the monitor at the end of the last episode. You wrote, directed and starred in it, and no doubt spilled several lifetimes of blood and half you brain cells getting it made.

However, why 4:3? What’s the point? It doesn’t add anything; rather, it distracts by leaving so much of the screen dark, voided, when it could be filled with all of your singular, madcap fairytale vision. You don’t need devices like that. You mustn’t be that insecure.

Cumberbatch and Foy are probably going to be nominated, as might you. You deserve all of it. But no more fucking 4:3. 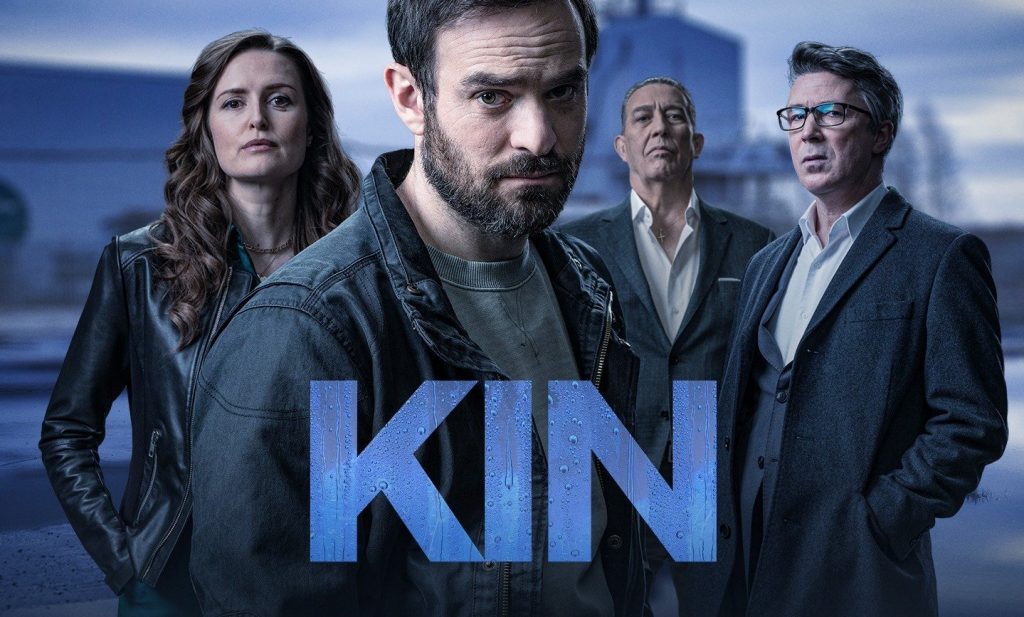 The ending of Kin was satisfying. Worth all of the Black Irish posturing, the snarled zingers. Most of it was like watching and listening to a posse of Spanish-looking Conor McGregors stomping out an ensemble flamenco routine.

I’m impressed with how stylish the production and cinematography are. It’s super-cheap and contained, mostly shot in and around a single area in South Dublin, it seems, or I might be talkin’ out of me arse. I’m guessing this is a case of the pandemic limiting a production’s scope. That actually helps productions like this, that rely on intense interpersonal dynamics, the way tight parameters lift Iranian films. Kin is playwrighty, Mamet without all those many, many overwrought insights into the human condition, drizzling softly over every frame with a terse Irish lilt. Sleek claustrophobia supports playwrighty well.

Charlie Cox carries the whole thing, per usual. Did I mention he’s the best actor in every movieverse? I’ll say it again. And again.

Billie Eilish’s duet with The Count on Sesame Street is all you need to survive:

Quick Crit: 'The Green Knight' Is a Colossal Achievement