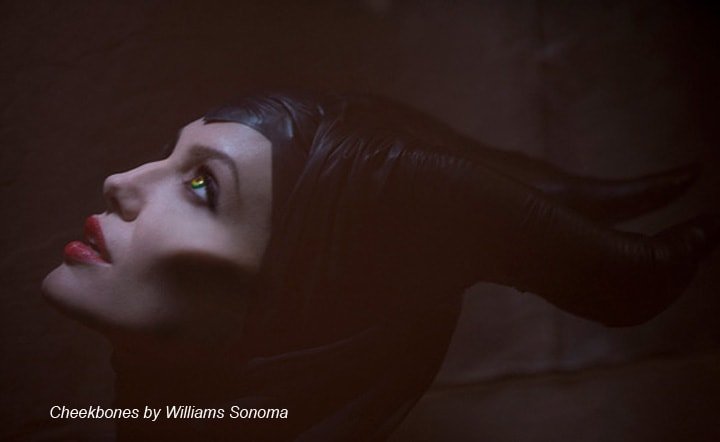 Julie Roberts first, then Charlize Theron, now Angelina Jolie.  They’ve all gone over to the fairytale dark side playing evil queens, the real female kind, not the screaming drunk twink in West Hollywood at 2 AM who was just cock blocked by his soon-to-be former Best Friend Ever. According to Deadline.com, which simply posted a press release, cameras have started rolling on a revisionist take of Disney’s 1959 animated film Sleeping Beauty.  Angelina will play the title role Maleficent—if it’s the title role, we imagine this might have some sort of Wicked-ish angle on the classic tale.  We don’t know; we haven’t read the script and aren’t likely to.  Actually, we won’t be seeing the film either, not unless we decide to start producing content for the females four-to-twelve market.

Properly speaking, Angelina is playing an evil fairy, not a queen, which in gay parlance means she’s somewhat retro and decidedly fem.  Not as retro as an evil Nancy or an evil big girl’s blouse, but close enough.

Most interesting about the film is it’s being directed by Oscar-winning production designer Robert Stromberg (Avatar, Alice in Wonderland) in his first time out.  It’s very common for directors to transition from Key departments—i.e., script, camera, editorial—but they rarely come from the art department.  While this promotion might make sense on films where even the biggest names are playing supporting roles to the costumes, sets and VFX, it’s still risky, and we didn’t think Disney was doing that any more after John Carter.  But Maleficent was no doubt in preproduction before studio chief Rich Ross was given the heave-ho.

And that’s about as interesting as it gets.  We grabbed this post just for the potential headline and the still of Angelina from the set; films we want to see for their production values get put on the bucket list for the next non-stop Emirates flight from L.A. to Dubai.