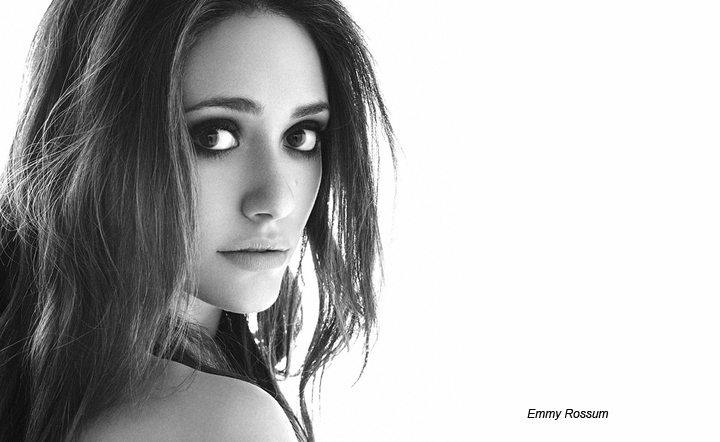 A week ago, Showtime’s Shameless ran its season three finale, which I only just caught up on.  My sister calls the show, “Great, but so depressing,” and that pretty much sums up what it is; it’s not easy to watch the relentless barrage of misfortune that befalls the economically challenged Gallagher family, but it is superlative drama, and season three has been its best.

In this Golden Age of Television, one of the advantages a strong show like Shameless has is it usually grows stronger as the dynamics between the cast mature, and the myriad kinks that all filmed entertainment is saddled with are ironed out.  Being the American version of an already hugely popular British show now in its eleventh season certainly doesn’t hurt; the translation worked for The Office and Netflix’s House of Cards, to give just a couple of examples.

I did watch the first couple of seasons of the British version of Shameless, which launched James McAvoy’s career, but the bleakness and ugliness wore me down after a while.  The first season of the American version was faithful to the British plot, but then it veered off in season two onto its own course, a wise decision; many of the circumstances the British Gallaghers face are particular to the dynamics and structure of that culture, in particular the way the family scams and manipulates the benefits system, which were hard to adapt to the less socialist American society.  When it decided to go its own way, in my opinion the American version surpassed the British.

It’s also in the casting.  I am being willfully shallow when I say that the American cast is better looking, but I feel they are also stronger performers with scripts that have been worked on longer and more thoughtfully.  And it’s probably a more disciplined production overall, which comes across on screen.  Then again, these are the sorts of luxury American productions can afford, whereas the Brits are challenged by lower budgets and finding inventive ways to stretch those meager pounds.

For those not familiar with the story, William H. Macy—one of our top character actors, so already in another league from his British counterpart, David Threfall, who is good, but no Macy—plays Frank Gallagher, the alcoholic, unscrupulous deadbeat father of six children who are forced to fend for themselves because Frank not only can’t look after, he’s their greatest obstacle to getting anywhere.  As Lip, the genius eldest son keeps reminding us, “The only way poor people can get ahead in this world is if they scam it or steal it.”  And scam and steal they do, if only to save themselves and keep the family together, and you not only forgive them for it, if they were a real family a Kickstarter fund would have been created to bail them out by now.

Their real mother, Monica, played by Chloe Webb, is severely bipolar whose condition is exacerbated by the rampant chaos and dysfunction that Frank created out of her family.  This is one departure from the original series that catapulted the American version ahead of the British; it added a believable layer to the mother’s abandonment of her children.  In the British version, she’s simply fed up and runs off with a lesbian truck driver.  Watching Webb curled in a ball under the staircase unable to move for days during a down cycle is one of the more wrenching explorations of an overplayed personality disorders. Frank shaves his son’s head to fake cancer, but also convinces the kid he really has it.

The role of the matriarch who holds the family together through thick and thin is the elder sister Fiona, played by Anne-Marie Duff in the original and by Emmy Rossum in the Showtime version.  Rossum is a powerful performer who throws herself with her entire being into the role, an unstoppable force who refuses to be overwhelmed by circumstances that would have already driven me to suicide or a mental institution; I lead a riskier life than almost anyone else I know, and I endure my fair share of wallops, but nothing compared to what Fiona Gallagher goes through daily.  True, this is fiction and therefore ratcheted up to keep the viewer engaged, but there are plenty of poor Americans who face what I call ‘cascading failures,’ a term I’ve borrowed from the tech world that refers to networks going down in a chain reaction, but which I think is apt for that portion of the population which, like me, is vulnerable to being more severely battered by crises than those who work within the system, which can cushion the impact of those negative forces that affect all people from time to time.

Watching shows like Breaking Bad, Mad Men, and Sons of Anarchy become progressively more robust and fluid with each season is manifestly one of the reasons TV shows like them are surpassing feature-film dramas.  No matter how long we have to develop and prep a theatrical release, we just have one shot at it, and it’s an easy shot to miss because the variables involved with any production are so wild and unpredictable.  Depending on the script, we rarely have much rehearsal time, the actors and the crew will be together for an average of eight weeks or so, after which nobody will see each other again.  And depending on the budget, there may be little room to correct fuck-ups by going back and reshooting, especially with drama budgets these days.  While they have to shoot at a breakneck pace that is two or three times the speed of feature film productions, TV shows have the latitude to build dynamics and correct what isn’t working, and that certainly comes across in Shameless.  These actors really are a family at this point, their world is as real to them on set an as it is off, and that turbo charges the quality of the drama.  I’ll bet the same applies to the writing team and other departments.

Another element that makes the American version more cohesive and powerful is it seems the British is largely improvised, and that can get sloppy.  I had been told by someone who watched the sides on the season one DVD of Showtime’s Shameless that there was some improvisation, but it appears from William H. Macy’s comments in interviews recently that the writing is so strong that there is actually little ad libbing.  Perhaps improv is something the creator of the American show, John Wells, experimented with in first season while trying to remain faithful to the way the British version is shot, but it would seem to my not-untrained eye that is has been tossed out as a technique along with the storylines that didn’t make much sense in ghetto Chicago.

I won’t risk spoiler alerts, particularly as this article is meant for people who will likely watch the show on Netflix, but the end of season three has really shaken up the dynamic of the family, which is in the tradition of the British show; few of the original cast members are still there, not just James McAvoy, who has gone on to try his fortunes with feature films.

Of all the dramas on premium cable or anywhere on TV, Shameless is the most disturbing and shocking—yes, even more so than American Horror Story, because it doesn’t rely on the supernatural in any way.  This is just slice of horrible life, albeit laced with comedy and odd acts of accidental heroism.  It’s also so daring that it makes you question whether Girls is really all that groundbreaking or subversive after all.