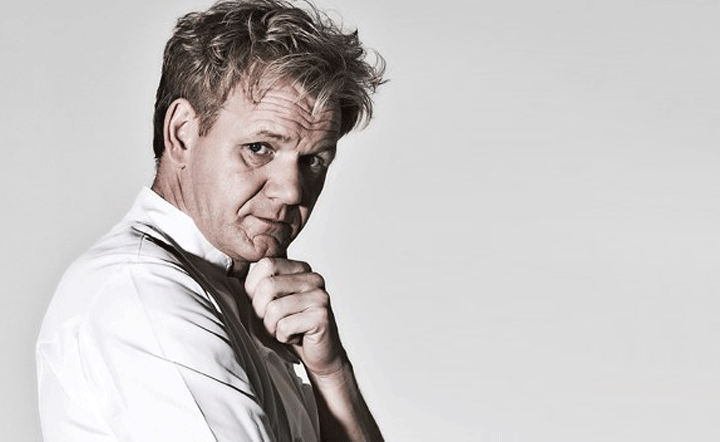 Parents can often tell when a child is going to turn out gay, and I was an extroverted child so it was fairly obvious how I was going to turn out.  In the late 60s, that was still some cause for concern, apparently, although we are talking about the child of an advertising executive and an interior decorator living in New York City, not some rural, gun-toting community in Texas.  And it’s not like I was a screaming queen even as a kid.  I was just more like one of my favorite children’s book characters, Ferdinand the Bull, a big, strong, loving young beast who refused to fight in the ring like all the other bulls because he would rather sit among the flowers and daydream instead.  Ferdinand was probably my first positive gay role model, if being like him is still considered gay, which rationally speaking it shouldn’t; he should be an ideal for all boys, if we hope to evolve as a species into being more humane and less violent.

The problem is—and what makes young McKenna’s crusade for justice so important—that I grew up to love cooking at least as much as I love men.  The attraction for an Easy-Bake Oven was my impulse to be creative, to bake pies and fry burgers rather than play with tanks and soldiers.  While I don’t think I should follow my brother-in-law’s suggestion to open my own restaurant, I am never more pleased than when people enjoy my food, and want to stick my head in the ground and scream when a dish doesn’t come out right, like the other night when I baked four spinach-and-cheddar pies at once for a party, failed to compensate for the quantity of pies I was making, and didn’t drain the spinach properly, which means they didn’t set properly and were runny and… my fingers tremble as I write this, still so shaken up am I by that experience.

The next generation of my family is being raised completely differently, which is heartwarming; for all of the madness and atrocities we commit, humans evolve at almost blinding speed, and do not go back to the way they were.  My eldest niece Savannah’s third-grade teacher is gay, married to a man, with whom he has a daughter.  From the anecdotes related during my recent trip to New York, he makes gay jokes all the time with the kids—of the Ferdinand the Bull kind about liking flowers and being sensitive.  For my nieces and their classmates, gay people are seen as normalized, which is staggering for someone who was told by Santa himself that he wasn’t normal.

McKenn Pope (right) with her 4-year-old brother, Gavyn, for whom she fought for the right to Easy-Bake

While in New York, I had a conversation with Savannah about how special it was that she was being raised and taught this way.  She goes to Trinity, one of the top prep schools in the country, and now clearly one of the most progressive.  (Well, the fact is if you’re not progressive these days, you’re not even going to compete, much less be top.)

“When Mama and I went to Trinity, it was unthinkable that Mr. Evans would be married to his husband and have a child,” I explained.  “Even so, he would never have been allowed to tell you about it.”

“Why?” she asked, of course, because when something is particularly bewildering and illogical, you are going to get a long string of whys from a nine-year-old.  I explained the hatred people “out there in the rest of America” still have for us, how Mr. Evans’ marriage isn’t recognized everywhere in this country, but how people are working on it, that there is a lot of wrong in the world that cannot be explained, but that doesn’t mean it can’t be fixed.

Savannah nodded thoughtfully and went off to bed.  The next evening she came in and said, “Thank you, Uncle James, for explaining that to me last night.  It was extremely useful information.”

The irony is that cooking is now such a macho thing, as it should be; there are few jobs more grueling and arduous than a professional chef.  Watching the Food Network is often like watching Spike or ESPN.  There are sharp knives involved.  Battles for elimination.  Harsh judgments that can stomp even the steeliest egos.  If there are women chefs on these shows, they are usually more butch than Rachel Maddow.  They even have a show called Cupcake Wars.  That’s right: the frosty-sweet word ‘cupcake’—once so evocative of the perfect post-war Betty Crocker housewife with her perfect non-gay boys who perfectly asked for martial toys for Christmas, not girly Easy-Bake Ovens—is paired with the word ‘war.’  That scrambles your brains to fritters, to paraphrase Mrs. Patmore, the cook on Downton Abbey.

In fairness to the Betty Crocker generation… no, there should be no ‘fairness’ to anyone who shackled us Gheys in mental slavery for centuries; we weren’t treated fairly, still aren’t.  So let’s say, rather, that by way of explaining their mindset, men in the West didn’t cook (in Asian countries they certainly did) until my generation.  The aforementioned Mrs. Patmore notes, after one of the footmen saves a dish from disaster by helping to prepare it, that “men make excellent cooks,” or something to that effect.  Again, the irony is notable and intentional: Downton Abbey is set in the first quarter of the twentieth century, but in this era of Gordon Ramsay and his swaggering, bully attitude in the warzone that is now the kitchen, it is the female chef who is the rarity.

Maybe it was tiny revolutions like mine, sitting on Santa’s lap, hoping he would bring justice, that have begun to secure balance in gender stereotypes.  Even if it did take over forty years for Hasbro to do the right thing by me and my type—both gay men and male cooks—I doff my hat to McKenna for helping to ensure that correct attitudes at taught to our youngest.

Because, you see, Savannah, that is the way we evolve as a species.