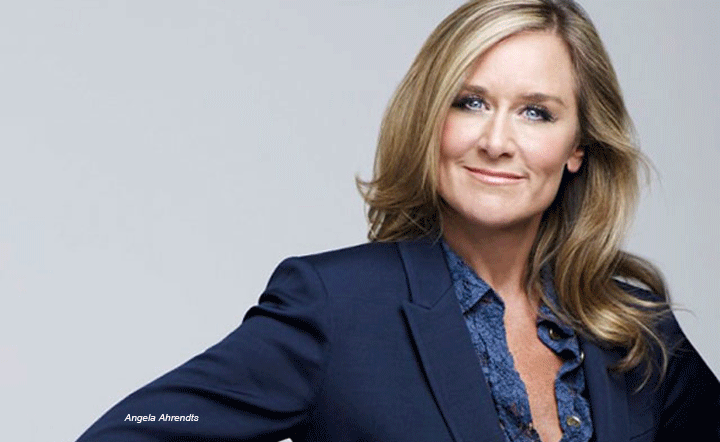 As any shark will tell you, you’ve got to keep moving to stay alive. One strategy companies adopt is to bring in successful creatives from completely different industries for a reboot — presumably this makes execs feel like they’re thinking out of the box. In the case of Burberry CEO Angela Ahrendts’ appointment as Apple’s new SVP of retail, this isn’t just thinking different, it’s disparate.

The immediate danger is that this game of executive ping pong between Apple and the fashion industry led to an epic fail only last year, when Apple’s former SVP of retail, Ron Johnson, took over fuddy-duddy jcpenny, rebranded it, retooled the stores, and subsequently caused a colossal 20% drop in revenue. He’s now out and likely down for the count.

To Johnson’s credit, it wasn’t his lack of experience with fashion that led to his blunder; he was previously in merchandising at Target and the now-bankrupt Mervyn’s. His attempt to shake things up at jcpenny simply didn’t strike the right note with existing customers and failed to lure a new generation of shoppers. It’s likely that not even Ahrendts, whose repositioning of Burberry has been nothing short of magical, could have waved her wand over jcpenny and transformed it into a the sort of go-to shopping destination consumers can’t do without. Nobody can be successful with every venture they undertake, and Johnson was no exception.

The other challenge is that jcpenny is an umbrella brand that carries many different brands beneath it, whereas both Apple and Burberry are a single name with a diverse product line; however, Apple stores do carry a variety of ancillary products from third-party manufacturers, which Burberry does not.

My concern about what Ahrendts will actually bring to the table is basic: If it’s not broken, don’t fix it. Just because you feel the need for reinvention doesn’t mean your customers are ready for it, as jcpenny discovered at great cost. Yes, Apple’s visuals are getting staid, and by that I mean specifically the video and visuals; the design of the stores themselves as well as the website is impeccable. Yes, the store merchandising could be more user friendly; I’ve often had to ask for assistance locating a product that I’d passed a few times in my search. And to be perfectly shallow, it would be awesome if the techies at the Genius Bar looked more like buff Abercrombie & Fitch salespeople — spending an hour or so flirting while you’re waiting to get the laptop fixed would certainly be a draw. (Can you imagine geeks recast as vain wannabe models? It’s a scene out of Zoolander 2, for sure.)

If on the surface there’s nothing to overhaul drastically, what will a star like Ahrendts do? Given that she is also taking over the online store, I dipped over there to take a look, and while nothing is broken, nothing is alluring, either. It’s all iPhones and iMacs and iThis and iThat, and I’ve seen it all so much I’m inclined to ignore it. I’m starting to see the point of bringing in a fresh perspective. With some clients I might advise more use of video; fashion labels have understood the benefit of filming collections for a few years now, to the extent you can’t compete without constantly replenishing those live-action photo shoots. Video lets a customer see how a garment moves, how it works in context, far more effectively than a static still shoot. And if you want stills, you just pull them from the footage. The marriage of film and fashion has been a happy one so far, and it’s only going to get better as fashion photographers become more confident with the medium and push the boundaries further.

In fact, the Burberry website features video as the lead content — as you hover over the main still image, which takes up almost the entire screen, a film plays. It’s striking and well done. I could see this sort of thing translating well to the Apple store website, which again is all iProduct, very little iHuman; if you look at it from a fashion retail point of view, Apple online is lifeless, strictly utilitarian and unimaginative. It’s a catalog that could should be infused with more editorial, more of a story, more interaction, more aspiration. Looking at it, I understand how Apple must feel a loss of edge, a slip into boring by resting on its laurels.

If I were Ahrendhts, I would go back to the last time Apple grabbed my attention with creative and aim for the tone and mood of this campaign:

One strong plus about Ahrendts is she’s British, and they are simply unmatched when it comes to powerhouse creative. It’s innate in the culture because they hate everything, they’re pathologically afraid of being uncool, and that raises the bar considerably. Even the ultra-selective, congenitally Anglo-phobic French fashion houses know that. If I were to augment the mood of the brand while keeping the sleekness of Apple’s retail look, I would hire British fashion photographer/fine artist Nick Knight as a creative consultant. Knight is probably the visualist I refer to most when I’m pitching certain projects. His work has only grown more expansive, bolder yet more cohesive over the years.

Now that I’ve taken time to review Apple’s reasons for hiring Arhendts from a creative perspective, I can see the wisdom and it’s sound. The brand has been relying on its reputation to a degree Steve Jobs would have found unacceptable. Geeks are naturally afraid of glamour and extroversion, but Jobs emphatically wasn’t. That sense of confident showmanship needs to be brought back, but in a high-end way that keeps it sexy without being vulgar, and yet isn’t so classy as to be inaccessible. That’s certainly one of Arhendts’ strengths, which is why I think her hiring is the best move Apple has made in years.

As for Ron Johnson, if he hasn’t burned his bridges with Target, then maybe he should give them a call? Talk about a brand losing its pulse…