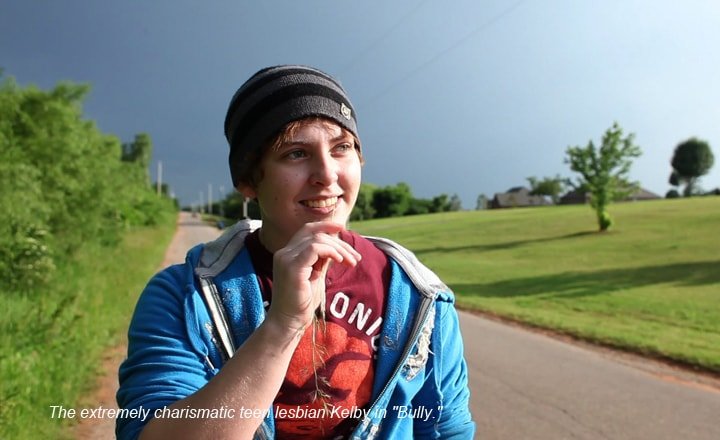 Our nation not only lauds and rewards bullies, it is itself the mightiest intimidator on the planet.  And from much of the political rhetoric the rest of the world watches and reads, we seem to be damned proud of it.  Just ask Sarah Palin.

Teddy Roosevelt made bully a good thing and part of who we are.

This is always the moment in my rants about American tyranny when I quote D.H. Lawrence: “The essential American soul is hard, isolate, stoic, and a killer. It has never yet melted.”  Lawrence was talking about the pre-War American, before our destiny manifested itself fully and we became top dog in the global playground.  And that killer soul he so accurately observed is forged in American schools.

One of the complexities of teen bullying is that dynamics among individuals and groups can turn on a dime, and cycle rapidly from cruelty to compassion and back again.  A sudden growth spurt, a loss of weight, a clearing of acne, a budding of breasts, a heroic deed can change the whole scenario.  I don’t know that those cycles really ever change, they just become normalized in adulthood; we become accustomed to them, more accepting.  So that’s another dilemma: isn’t bullying to a certain degree simply a normal part of growing up?

I was a strange sort of bully when I was in in the equivalent of junior high school, more of a Robin Hood character who preyed on the strong and the beautiful, but protected the weak.  I was attending a British school in Rome with very few other American children, who generally went to the embassy-approved Overseas School (OSR).  We wore proper British school uniforms with a crest of St. George skewering a dragon on the jacket pocket, and they wore whatever they wanted and were boisterous and terrifying and brutal, so we avoided them at all costs.

A story that exemplifies who I was during that period between eleven to thirteen, when my hormones kicked in and I became a sexual virago, took place years later in New York when I was in my late twenties and my first boyfriend was breaking up with me.  He had made friends with a woman I’ll call Catherine, but as he was willfully establishing a life away from me, I never paid attention to details about her; I was too immersed in the searing shock of rejection from his leaving me.

One day he came home and brandished a new weapon in his formidable arsenal of bullying torments.  “Apparently you and Catherine went to school together in Rome,” he said.  “When I told her your last name she screamed, ‘The guy you’re trying to break up with is Jamie Killough?  Eeeewww!  He’s the whole reason I had to change schools and became a lesbian!”

Apparently Catherine had been in my class—I only had a vague recollection of who she was; she was one of those diplomat’s kids you knew never to make friends with because they didn’t stick around very long—and she was stunning, and therefore worthy of my predatory sexual attentions.  It didn’t matter if you were a boy or a girl: if you were attractive, I felt entitled to you, and because I was the biggest boy in the class there wasn’t much you could do about it.

Weinstein: More of a pit bully.

However, even though I was engaged in activities like sodomizing the captain of the soccer team after school and on the weekends—in fairness to me, he is the one who insisted on anal sex—I was also making sure that nobody picked on the weaker, more effeminate boys in class, a few of whom I imagine blossomed into Gheys when they grew up.  And in even more fairness to me regarding the Catherine story, it turns out she had grown up to be a raging crackpot because that was simply her nature, as my ex found out once their friendship had deepened.

Things changed when I started freshman year at the gentler of the American schools in Rome, St. Stephens.  While the OSR had fly-by-night embassy and military kids, the parents of about a quarter of the St. Stephen’s population worked in the Arab countries, where it was considered unsafe for their children to go to school.  So these kids were also transplanted directly from the kinds of places in which Bully takes place, like Oklahoma and South Dakota, and they grafted their “killer” All-American soul onto the native Mediterranean one.

Initially, the shift in my life was exactly what I had always feared having to go through when I was observing these OSR and St. Stephen’s kids from a distance.  While I was not only considered completely masculine but one of the alpha males of my class at the British school, I was suddenly effete and faggy by the standards of the performativity of American masculinity, a set of behaviors that is literally knocked into you in the American system no matter where you are in the world.

So it was my turn to be bullied, mainly by a heavily Americanized Libyan whom I’ve blogged about before, Jowdat Rifat, and his gang.  It was all reasonably amicable, though: I was simply thrown into the fountain in the middle of the courtyard more often than any other freshman.  I always made light of it, like it was part of my shtick.

But I was also loud, too obnoxious for a freshman, an attention whore who had managed to pull off at St. Stephen’s what I had at the British school by endearing myself to a clutch of the prettiest older girls, and becoming their mascot and fool and purveyor of gossip, which enraged the older boys to no end.  The older European boys at the British school had simply enlisted me as a sort of Cyrano de Bergerac to convey their affections to the girls.  But to the Americans, I was an oddity and a threat.

I was in a toilet stall one day when I read a piece of graffiti: “Here I sit in misty vapor, damn the kid whole stole the paper.”  Next to which was written: “It was James, the faggot.”

My name had by then been changed officially from Jamie to James by the headmaster of St. Stephen’s himself, who thought he could stop the dunkings in the fountain and make me more palatable to the Americans if my name weren’t so feminine.  He had even called me into his office one afternoon to discuss it.

“I think you should be called Jim,” he said, after explaining that in America, or specifically in the sort of America he and the barbarous lot from the oil fields came from, Jamie was a girl’s name.

So the next day, in Morning Meeting in the Chapel, the headmaster decreed as part of his general announcements that henceforth Jamie Killough would be known as James, which did nothing more than embarrass me and draw further attention to my specialness.

The dime on which my life turned occurred when I put my theatricality to productive use and starred in the school Christmas play.  The drama teacher was British, so she chose a pantomime, a tradition in the UK, which I was used to doing every season at my old school, and which I also used to watch on the West End in London when the family went to visit my grandparents over the holidays.

“Panto” usually involves cross-dressing, so I saw nothing wrong with getting up in drag in front of the whole school.  The play was A.A. Milne’s The Ugly Duckling, about a princess who is so ugly she is swapped with her maid when a prince arrives at court to woo her hand in marriage, but it turns out he’s ugly too and has been swapped out with his valet, so they both meet as servants, fall in love, etcetera.  I was the overbearing queen who concocts the whole scheme, and the daughter of the admiral in charge of the US Navy in the Mediterranean played the much-harangued king.

The moment I stepped onto the stage dressed like a nightmare of Dolly Parton—obscene twin-missile boobs, big blond curly wig topped by a tiara, UFO-shaped puffy crinoline dress—and bellowed, “Ah! Talking about Camilla?” a tsunami of laughter roared back at me from the audience.  I blinked and saw that that the place was packed beyond capacity.  As I began goose-stepping up and down stage and adding bits to the performance, like guffawing and nudging my female husband off his/her throne, the change in attitude towards me was so palpable that by the time I took my curtain call I was a boy transformed.

Even the primary bully in my life, my resolutely American father, was thrilled with the performance.  “I never experienced in high school the level of popularity you must be enjoying right now,” he said one night soon afterwards while we were walking the dogs together.  He never walked the dogs with me.

The dunkings in the fountain stopped.  Whenever he saw me in the corridors, Jowdat would yell, “Ah! Talking about Camilla?” and howl with laughter.  I continued to be myself, the sexually obsessed perpetual clown, but now I was seen in a different way by most.  Not by all, of course; you can’t please everyone, nor should you.  They sure as hell aren’t out to please you.