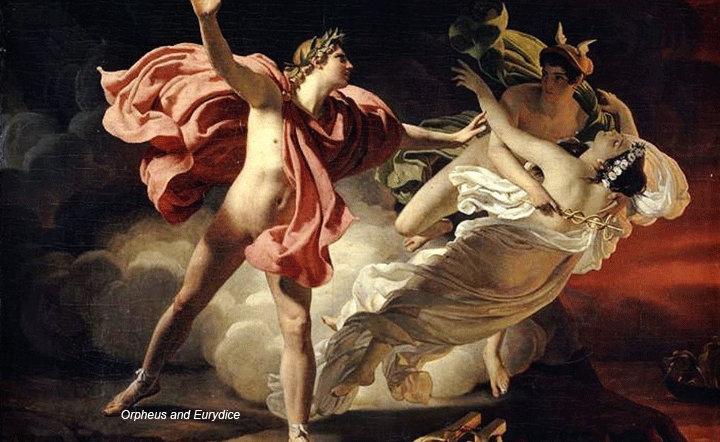 A sad thing happened on Sunday, at the end of an otherwise enjoyable long weekend: a dear friend reached a crisis point with an on-again, off-again relationship that left him in an emotional pulp, as if he’d been beaten with chains by a gang of thugs. This was force five mental distress that saw him lying prone and sobbing to the degree he was physically incapacitated.

It’s horrible to watch someone you care for deeply go through this torment. You wish there were something you could do, but this isn’t real physical injury. There is no ambulance to call, no hand holding in the emergency room while you wait for a doctor to administer Dilaudid, stitch up the wound and send your friend home with a refillable prescription for maximum-strength Vicodin. You just have to sit by and listen, in my case with the scars on my own heart throbbing from the sense memory of having been through these scenarios myself. The only painkillers you can administer are platitudes, and in these situations the phrase I use is one that came to me once when I was in midst of a similar romantic shit-storm: The only way around this is to go through it.

Sure, if things get really bad you can have a shrink prescribe you dope to numb the anguish, and basically induce a waking coma the way real comas are induced in patients who have suffered extreme physical trauma. But that still isn’t a way around it. It’s merely a suspension. Not all of us go through this anguish over relationships. I so admire people who can just shrug it off and swagger away, although I’m wary that they might either be sociopaths or simply misrepresenting the level of their emotional distress. Even the ice-cold Don Draper suffered heartbreak this past season on Mad Men — he even stalked the lover who jilted him — and I have to admit my schadenfreude bubbled delightedly watching him twist and turn under the torture his mind was putting him through.

When romances go bad and one lover is left rejected — as is often the case because it is seldom absolutely mutual — the object of one’s affections becomes an oppressor, an often-unwilling victimizer who just wants out of the situation, and probably doesn’t like inflicting pain but he’s damned no matter what he does. The other victimizer is our own ego, which splits off and turns against us, and that’s where the real psychic pain comes in. It is very hard to tame this golem of our own making; he can be extremely destructive, sometimes to the point of making us take the final step into death.

I was discussing my distressed friend with yet another friend last night, whom I’ll call Don because he is a modern version of that character, a creative who is seemingly as cool as they come, but don’t be fooled. For years Don claimed he’d never fallen in love with anyone, didn’t understand all of this romantic anguish nonsense. And, oh, did I envy him, particularly when he and I were dating and his coolness and avoidant behavior unleashed my inner self-destructive kraken so many times that eventually I couldn’t stand it any more and took the unusual step of telling him to come get his things and not speak to me again — a forever and ever that lasted a whole year.

Now we’re good friends and I can’t remember why I was so torn up over him way back when; I do know that it had little to do with him, less to do with him and me, and everything to do with me.

Don was still using that same line last night, “I don’t understand why people fall in love.” He still believes it despite the fact he had a seven-year relationship with a guy that ended so traumatically for him that he can barely talk about it coherently. He hasn’t dated anyone in the five years since the breakup, for one lame reason or the other. Unlike me, who has no problem getting right back in the danger zone of romance, Don is a once-bitten-twice-shy kind of person. As attractive as he still is, I know he’s scared shitless to go through whatever it is that left him so battered he can’t even mention his former lover by his real name (he calls him “Yahoo”).

Even when we do recover from situations like this, and the likelihood is we will, it’s not certain we will learn the lesson and not make ourselves suffer in the future should a similar scenario arise. In this instance, Don’s reluctance to go there again is correct, or at least the most sensible. My wiliness to charge back in is the more irrational. Yeah well.

I’ve written sporadically in these pages about my most recent romance, which had to be the worst in an already checkered past. It was three years of hell, like dating a black hole. At the end of it, I declared myself retired from romance, but then re-qualified that it with, “Well, okay, maybe semi-retired.” So far the semi-retirement is holding nicely. I have distinct rules of engagement should another romance rear it’s beautiful-but-dangerous head, foremost amongst which is it has to be easy, no round and round that mulberry bush, and if the weasel goes pop! so much as once, I’m shooting it right between the eyes. To avoid any popping at all, the playing field has to be swept clean of potential mines before we step onto it. As destructive as romance can be, it is just as often the opposite, and that positive one is clearly the situation we aim for; nobody sets out to be in a bad relationship. As much as I try to fortify myself against the destructiveness of a future bad romance, I’m not sure prophylactic measures work. Romantic love is a force of nature, a tsunami, an earthquake, or a nourishing monsoon over a parched land. It just happens, and there’s little we can do about it. Those few who are immune to it are thought to have severe anti-social disorders, and I’d rather suffer than have one of those.

For a while I thought that my occasional misfortunes with romance (not all have been bad) had to do with rejection by my mother when I was a kid, which caused extreme abandonment-issue anxieties in me as an adult, making me prone to love addiction. While I do think some of that mother stuff has made matters more painful, I’ve also noticed plenty of people who had perfectly nurturing relationships with their mothers as children suffer just as much as I have. My friend who is the inspiration for this piece is a perfect case in point. His mother is flying in to be with him during this distressing time. Mine would have told me she has enough problems of her own and that she doesn’t know what to do with me, never has, which would then be followed by a litany of my fuck ups as a person.

Just as well mom doesn’t know what to do with me and never has: we have to work these situations out for ourselves. No amount of platitudes, no doping ourselves with SSRIs or anti-anxiety meds can take the place of simply girding our loins and facing the storm of emotional torment that must, like all storms, play itself out at some point. Hard as it is, it is keeping the mind focused on that end point, on the certainty that things will change, that will get us through what we cannot get around.

And then hopefully the evening will come in the future, when you are sitting with your former lover as I was in the garden with Don last night, sharing a joint, having a laugh, and thinking to yourself, “What was going through my head all that time?”