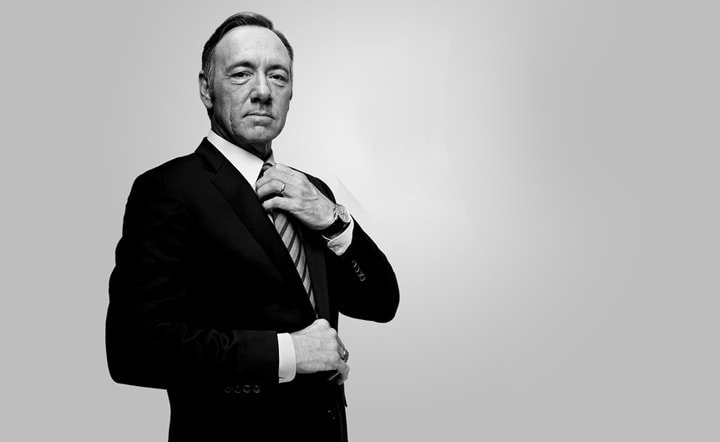 and a high IQ. It has successfully clipped the wings of ‘serious’ feature films to the extent they’re now a handful of mangy chickens pecking at crumbs outside the main banquet (sorry for that flogged metaphor — it’s Monday morning), and has also shut out the ad-supported broadcast networks from the sexy categories. That’s impressive.

I know nothing about reality TV, however. Tuttle said he might weigh in at some point prior to the awards with his predictions. In the meantime, let me leap in with the first batch of categories.

As much as I’m a fan of Breaking Bad, and as awesome as the last season was (it’s such a clever show in so many ways, particularly the plot twists and surprises), it’s getting a little long in the tooth. I think Downton Abbey is nice, no longer great — that season finale was so lame. I feel Homeland jumped the shark by becoming too much, too unbelievable at the end of last season. Game of Thrones stepped up its game production-wise, but it borders on the not serious with all of the fantasy and magic. Is it too Comic-Con cosplay for the voters? I think so. It’s down to Mad Men and House of Cards. The former is seriously long in the tooth and growing weary, whereas the latter is the upstart from Netflix that killed it, just fucking killed it.

I’m a bit shaky in this category because I’m even more particular about my funny than I am about my serious — it has to be seriously funny. I find a lot of comedy in every culture to be too goofy. But enough about me.

I’ve only watched a few minutes of The Big Bang Theory and it wasn’t as phenomenal as fans of the show make out. I far prefer Community, which wasn’t nominated. I don’t really consider Girls to be a comedy — I think it’s a drama that tends to be incidentally funny. Modern Family and 30 Rock are too old at this point, and I think Modern Family has lost a lot of its edge. I like Louis CK a lot, as does almost everyone else in America, which is great because whom we pick as our favorite stand-up comedian of the moment says a lot more about us as a culture than our political choices. However, Louie makes me squirm more than laugh. Veep makes me both squirm and laugh — it’s the American Fawlty Towers, with Selina Meyer as Basil Fawlty. I’m in awe of the clever writing. The funniest ad campaign for a show out there. No copy needed.

I think Hugh Bonneville is pleasant, but he doesn’t do much more than stand around the drawing room like he’s posing for an oil portrait. Likewise, Jon Hamm doesn’t do much more than pose and scowl and fall over drunk. Bryan Cranston has gotten better over the years (he was directed too over the top in the first season of Breaking Bad, as was co-star Aaron Paul). It’s a tossup between Damian Lewis, Jeff Daniels and Kevin Spacey. I don’t think Lewis will pick it up because he’s the weaker of the three, again one-note. This is a hard call to make because Daniels and Spacey are equally good, although I far prefer House of Cards to The Newsroom. While Farmiga’s at it, let’s remake ‘Evita’

I’m hobbled here because I haven’t seen two of the shows, Nashville and Scandal — I did catch a bit of the latter, but it lost me with its utter lack of believability and its West Wing pretentions. Claire Danes has dialed back the histrionics that were starting to make her the punch line of memes and brought her to the edge of Anne Hathaway-levels of hating online. Still, I think Homeland’s appeal has waned. There’s something about Robin Wright I’ve never been able to connect with, and while her turn as a modern Lady Macbeth does have its moments, overall I think she’s a weak nominee. Elizabeth Moss got to show greater depth this season, but I’m not sure it’s enough. Same with Michelle Dockery. But Vera… oh, Vera. Every line she says sounds mouthwatering gourmet, every looks she gives makes Anna Magnani seem as shallow as Barbie. I could care less about the series — if we’re going to northwest crime, The Killing is far superior — but I can’t get enough of her vulnerable, hysterical, sensual faux narcissist, and I think voters are going to agree with me.

I don’t think Game of Thrones is going to win this, as much as this episode shocked and stunned fans — the Internet exploded in mourning for the beleaguered Starks. What shocked and stunned me was how few people had read the books and didn’t know what was coming. Whatever: the writing on this show doesn’t touch the other nominees. The “Say My Name” episode is also a showstopper in the sense it’s Walter White’s Dirty Harry “make my day” moment. But it isn’t as flawless as “Dead Freight,” an episode of Breaking Bad so intense I had to pause, skip, go back, and it’s bookended by the boy on the motocross bike and the tarantula… just so good. The episode of Downton Abbey when Lady Sybil dies of eclampsia was tough viewing, beautifully written, directed and performed. But the confession scene in the “Q&A” episode of Homeland when Carrie turns the tables on Brody is masterful psychological drama. Hmm, this is a tough one. I stopped watching Boardwalk Empire a season ago, but Tim Van Patten is one of the more solid TV directors out there. Still, he has no distinctive style — his greatest talent seems to be mimicry, adapting to other directors’ styles. While “Gliding All Over,” in which Walt remotely kills ten inmates in two minutes, is a more dazzling episode in terms of literal pyrotechnics, I don’t understand why it was deemed better than “Dead Freight.” Again, I think “Episode 4” of Downton Abbey was wrenching, but it’s not more flash than the other nominees, it’s just emotional, and I think this category needs flash to win — directors need to fan out their peacock tails, subtlety be damned. “Q&A” is one of the more intense episodes of Homeland, but I think voters are going to go with the true master of the bunch.