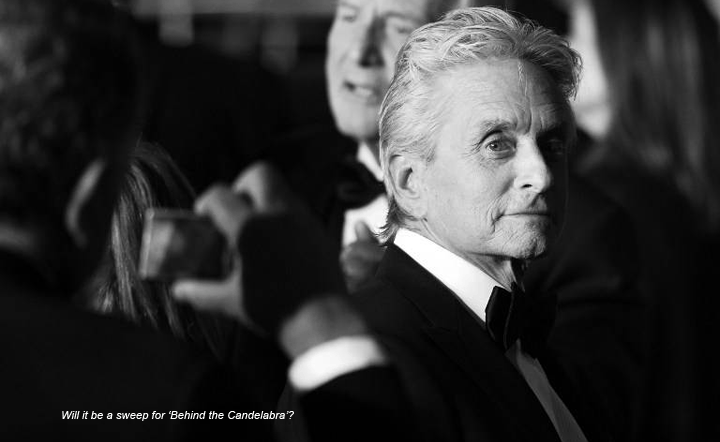 I had no true concept of the scope of television content until I embarked on this thankless task of predicting this year’s Emmys, and by thankless I mean that about three of our regular readers seem to be interested in this — we’re getting far fewer hits than our Oscar predictions. The categories are so many that I thought I’d have Tuttle weight in to ease the workload by taking a stab at the reality-show noms, but even that won’t cover it completely. Apparently they have daytime Emmys as well, and I imagine others for tech and production categories, but I can’t, I just can’t.

If you didn’t catch the first part of this gripping two-parter, please go here.

I like to think of myself as having a cracking good sense of humor, but if I’m honest it’s intermittent — I’m clearly more often dramatic than funny. That applies to my taste in entertainment, too: I rarely watch comedies. I haven’t seen all of the shows here, so I’m going to guess some of them.

Alec Baldwin is widely disliked now, and 30 Rock is old, as is The Big Bang Theory, which I find unwatchable despite its roaring popularity. It’s not made for me. I hear Episodes is pretty good and I like Matt LeBlanc. I’ve never heard of House of Lies, but I respect Don Cheadle — he has such an unusual look. I had no idea he did comedy, but he gets extra points for stretching himself. Still, this year is Louis CK’s to lose. For some reason I know more about this category than the men’s, so scratch that bit about not watching comedies. It’s clearly because I tend to watch shows that are more female centric. Yeah, well… I’m ‘masc,’ as they say in Homolandia, but I’m still gay.

I think Laura Dern is so nuanced, so dorky in an edgy way in Enlightened. Cannot get enough of that show. Lena Dunham is a powerhouse, no doubt about it, the girl other girls love to hate for being so talented and daring to challenge stereotypes. Amy Poehler and Tina Fey have had their day and will continue to do so. I think Edie Falco is relentlessly watchable, that nasal New Yawk twang notwithstanding. Veep is my second-favorite show after Enlightened, and Louis-Dreyfus makes it happen along with that crackling writing.

Shit, this is tough. Um…

I think AHS is tremendously inventive, but it literally lost the plot in the last three episodes of last season, as in it failed to adequately resolve plot points brought up in the beginning. I’m not even commenting on The Bible, not gonna happen. I haven’t seen Phil Spector, and it got a lot on noms, but it’s also such a pedigree production that it couldn’t be overlooked. I haven’t seen Political Animals, either, nor Top of the Lake, but I shall now and might update my choices. But I have a feeling it’s going to be an obvious choice, and I’ll explain in the next category.

Outstanding Lead Actor In A Miniseries Or A Movie

It’s almost Benedict Cumberbatch’s year, but not yet. With all these noms I also have to watch Parade’s End now, even though I have never been a Tom Stoppard fan, ever since I performed in Rosencrantz and Guildenstern… in high school. I just didn’t see the point of the play and it was dull as shit for a young person to be in. Al Pacino is a consistent storm of focused raw talent, one cannot praise him enough. Matt Damon finally breaks out of the rigid Matt Damon persona he brings to every role, but not enough. Just because of this shot.

Outstanding Lead Actress In A Miniseries Or A Movie
Jessica Lange in American Horror Story: Asylum
Laura Linney in The Big C: Hereafter
Helen Mirren in Phil Spector
Sigourney Weaver in Political Animals
Elisabeth Moss in Top Of The Lake

Would you look at that line-up? No, look at it again. How the hell am I supposed to pick from that?

Again, I have yet to see Top of the Lake. I’m excited to now. But I don’t think Moss has much hope. Laura Linney is likeable and very good, but I don’t think it’s going to be hers this year. Sigourney Weaver is almost up there with Al Pacino in terms of her virtuosity, but I think it’s going to come down to the other two grand dames. Lange’s Baby Squirrel monologue on AHS? I just gave myself the quivers remembering it. But she won last year…

It’s been a delight to watch Cannavale grow from supporting roles as the desirable Guido in those quirky indie Sundance features, but I don’t think he’ll win. Jonathan Banks is a cult favorite, but he might be a little one-note for people. I like Aaron Paul, love his voice even more, but… nah. I don’t understand Jim Carter’s presence here, at all. I’ve always had a problem with Dinklage’s RP British accent but nobody else in Hollywood does, and he was the best this season that he’s even been. There’s been a lot of moaning about Mandy Patinkin being overlooked and he was pretty great last season and he is well loved, so… Moss in ‘Top of the Lake’

I’m a big fan of Breaking Bad, and Gunn’s slow, unrelenting breakdown last season was convincing. Forget Emilia Clarke — I don’t get her at all — although she has grown in the role. Always love Christine Baranski, but she’s like Matt Damon, simply herself in every role. Same with Maggie Smith, who totally called it in last season, but so did the whole production. I don’t know what Morena Baccarin is doing here, although she isn’t dragging Homeland down as much as she did in season one. I can’t get enough of Christina Hendricks — she gracefully manages to step out of her preternaturally pneumatic physicality and makes us ashamed of judging her for it with every pursed glance. But the show is old.

Outstanding Supporting Actor In A Miniseries Or A Movie

Okay, so I really, really need to see Top of the Lake — considering how much I love writer-director Jane Campion, it’s a crime that I haven’t already. James Cromwell has always been a favorite of mine — he’s like a character from an El Greco painting — but if I have to choose between him and Zarachy Quinto in this particular series, I’m going for Quinto. Scott Bakula so blends into the role that he is unrecognizable in Behind the Candelabra, but I’m not sure he’s really in the running. As much as Hickey’s role in The Big C is willfully quirky in an almost cookie-cutter way at this point in American filmed entertainment, he was dialed back last season, and he is a great foil for Laura Linney. A different kind of Spock

Outstanding Supporting Actress In A Miniseries Or A Movie

I don’t know why Sarah Paulson was nominated instead of Lily Rabe, if they’re only giving out one nom for Best Supporting Actress from AHS’s stupendous ensemble cast — I mean, Rabe’s Sister Mary Eunice runs the gamut of possibilities, from ingénue to she-devil. And that’s the only show of the nominees that I’ve seen. So this is an almost total stab in the dark.

Outstanding Writing For A Miniseries, Movie Or A Dramatic Special

I haven’t seen The Hour, but it had better be Pulitzer Prize worthy to stand against this lineup. Again, I’m not a Stoppard fan, but I want to see Parade’s End because I’m not a fan of most of what he does — he is undeniably great in many respects and there are pieces of his I’ve liked. Mamet is Mamet, an institution, but I think it’s going to be something of a sweep for Candelabra in the categories for which it’s been nominated — it was really fantastic.

Outstanding Directing For A Miniseries, Movie Or A Dramatic Special

Ring of Fire seems to be a complete outsider in general. With all of these noms for The Girl, I’m clearly going to have to see that, too. I’ve just said my bit about Mamet, and perhaps he’ll make a resurgence this year, but I’ve always had a problem with his film work — it’s his pacing and visuals that are kind of off. Filmed theater is really tricky and seldom works, and that’s what he does.