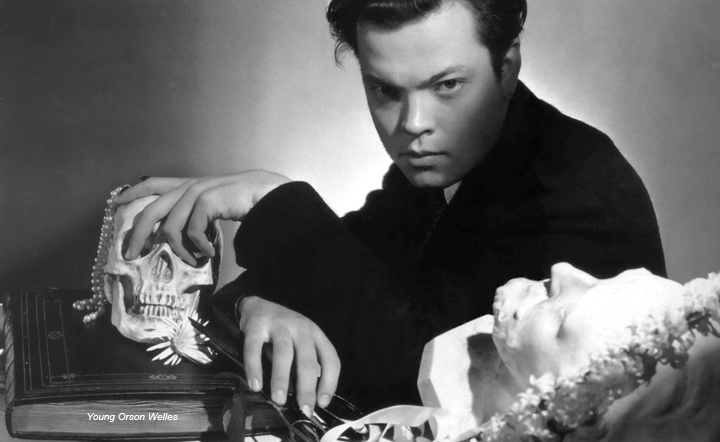 A lot of the fun was set early in the day by Tabi Farnsworth, the owner of the “picture car” that was being driven on camera by the protagonist of the short film. An eighty-one-year-old former hairdresser who has redefined ‘flamboyant’ by being the human equivalent of a fizzy ice cream soda, Tabi insisted on driving it to the location himself, so I went with him. As he barreled up to Barstow at ninety miles an hour, occasionally swerving into the shoulder of the freeway while yammering excitedly, I embraced my mortality and decided that I have to go one day, anyway, so it had might as well be in a ’91 Oldsmobile while chortling in the passenger seat beside this Mr. Magoo interpreted by a character from La Cage aux Folles.

Here’s Tabi on the right of a picture I took at the end of the day: Note one important thing about this photograph: The crew is happy. They have just wrapped an arduous shoot, which among other tricky things involved the hero burying himself alive at a certain point. They’ve had four hours sleep after shooting the day before in less-than-optimum conditions. They’ve had a half-hour break for lunch, during which most of them ate standing up. And they’ve been working in the desert sun without the usual production benefits for that kind of location, such as a tent where they could have taken shelter during the breaks they never had. They’ve even made friends with two sizable tarantulas whose homes were apparently invaded when the hero’s grave was dug by two heavily tattooed former drug dealers we hired from a local outreach program.

The energy on any shoot comes from the top down, and this photograph credits director Nikitas Vasilakis with keeping everyone energized, cheerful and committed to his singular vision. A lot of the credit also goes to up-and-coming director of photography Jack Elliott; I’ve worked with him on two shoots now and can state with some certainty that he has what it takes to succeed in this tricky business. It’s not just his stylish eye and smooth, fast shooting style. It’s also his unflappable good humor, politeness and non-diva attitude — the only thing more bitch slap-worthy than a slow DP is a diva DP.

Whom the gods despise they make successful as directors at an early age, which doesn’t mean that all young successful filmmakers are assholes. In the music video/commercial world in particular you are treated like an omniscient deity, your every whim catered to, and that corrupts even the most balanced characters; many great creatives are far from balanced. Commercial directors make an insane amount of money, they’re allowed to stomp around and scream and shout as much as they please — usually the client will simply see that behavior as proof they have hired a true genius, the archetypal temperamental artist, but the truth is advertising will never attract the real thing, or not for very long. And as long as you can keep the client happy and flattered, you will keep working, until you are replaced by the next impossible young diva everyone is falling over themselves to work with.

Difficult directors usually meet their demise when they transition to feature films. It is typical for studios to take commercial directors and throw them into the deep end on relatively big productions; commercial directors are often accustomed to working with staggering cost-per-minute budgets on complicated, high-concept productions. And the specious logic is that a young director will know what the golden-goose young-male viewer wants to see. But sustaining narrative, building characterization, and keeping the momentum engaging over one hundred and twenty minutes is a whole other obstacle course, and if you are unfamiliar with it you will probably fail. It’s the difference between relating a quick anecdote and giving a two-hour lecture that sustains interest throughout. As a commercial director who hasn’t come up through narrative short films or television, if you succeed the first time out, the stars have merely aligned in your favor, and that luck will likely run out quickly. You will then be thrown into director’s jail for seven years — nobody gets out in less — but studio execs will be far more forgiving if you aren’t an asshole to work with. The combination of failure with so much money at stake and being a dick is too overwhelming, as it should be. If you have been humble and amenable throughout the process, responsive to notes, understanding of criticism, then at least you are known as ‘a pleasure to work with’ by the people who count: the ones who financed the project.

I never met Orson Welles, but as publicly charming and as visionary as he was, he seems to have pissed off a lot of people, many of them his co-workers on Citizen Kane. Imagine making and starring in the greatest American film of all time when you’re only twenty-five. If it had happened to me, I would have probably ended up an even more legendary douche bag than Welles — I was a holy terror at that age. To make things worse, I was often compared to Welles because of my physical appearance and low, resonating voice, so he was something of a benchmark for me. But I am relieved that early success never happened, that I was instead cast into development hell for years, where at least I was able to hone my craft as well as temper that asshole-ish personality to something resembling a pleasure to work with.

Welles never emerged from director’s jail, he just kept extending his sentence until he died. The early failure of his career wasn’t some conspiracy by William Randolf Hearst and the studios, as other directors depicting Welles in film have suggested. It was because the stars aligned for him his first time out, largely thanks to the talents of his cast and crew, chiefly his co-writer, Herman Mankiewicz, whom Welles managed to alienate by taking credit for writing the script when he hadn’t, positioning himself as a wunderkind one-man band that he really wasn’t. In a letter to his father, the brilliant Makiewicz, whose career would ultimately far eclipse Welles’ in terms of critical acclaim and output, wrote:

“I’m particularly furious at the incredibly insolent description of how Orson wrote his masterpiece. The fact is that there isn’t one single line in the picture that wasn’t in writing — writing from and by me — before ever a camera turned.”

The script is seventy-five percent of the production with a drama like Citizen Kane. It’s the skeleton that keeps the film together and gives it shape. A faulty screenplay will cause a domino effect of multiple fractures from which there is no recovery. It is my belief as a screenwriter that Mankiewicz deserved sole credit; his pointed humor and language was so distinctive, and it is in every line of the film, in its structure, yes, in its bones. Welles merely gave notes as any director does, but then took co-writing credit, and perhaps tried to bribe Mankiewicz to stand aside completely, which has to be the most infuriating act of injustice, one that has ruined many creative partnerships.

In the end, Welles paid the price of being a self-aggrandizing credit thief. His next films were wacky, sluggish, fraught with production problems because of his ego. The well-liked Makiewicz enjoyed the opposite. While he might not live on in legend quite the way Welles does, I would rather Makiewicz’s fate and career than ending up like Welles, a bloated joke slinging cheap wine in TV commercials just to survive.

Tabi Farnsworth turned out to be a film buff, and that’s one way to keep me engaged in conversation for a total of four hours to and from a location. We dipped into a conversation about Clint Eastwood, whom Tabi described as a “Republican asshole,” but whom we both agreed is a talented filmmaker despite his political views (anyone remember that conversation with an empty chair at the 2012 GOP convention?). The same goes for Mel Gibson — I don’t think there’s a filmmaker out there who doesn’t admire Gibson’s visionary virtuosity. But, boy, what a primo raging bastard he is.

Julian Schnabel launched his career as a dick, literally. As a fine artist of dubious merit — the emperor wore no clothes with those trashy, hideous broken-plate paintings he started out with — he owes his early success entirely to the fact he was power-gallerist Mary Boone’s lover. He is the archetypal Gimmickist, as I call those many artists from the 80s who incorporated some sort of gimmick in their work to make it pop and sell. The few times I’ve had the displeasure of breaking bread with Schnabel I found him to be a boor, not to mention boring; if you asked me to have dinner with him again, I would decline. But he is without doubt a great filmmaker, a better director than he is a fine artist.

If I could revisit my younger self and make adjustments, I would definitely kill the arrogance and anger. I may have also been witty and creative, but it was a caustic wit that set me back in my career. Throwing tantrums was no way to resolve conflicts and quickly earned me a reputation for being difficult. And every other difficult filmmaker I have known or worked with over the years has eventually fallen from grace, no matter how invincible he might have seemed at a certain point. Nobody wishes an asshole well; on the contrary, they’ll pounce on him and kick him to death the minute they can.

As for my instant close friend Tabi Farnsworth, one of the biggest non-assholes I have ever met, who plans to live until 2056 and still be driving his “terminal car” around Kathmandu, I have to say this: You are an inspiration and a role model for everyone, living proof that Maude from Harold and Maude should never have given up at eighty. But you carry her flame held high. Cheers.