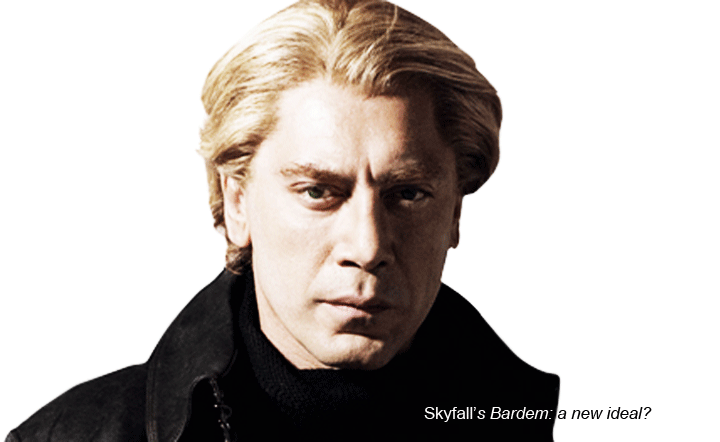 The mental tirade that kicked off this piece began the other evening in Trader Joe’s, just after I returned from a ten-day trip for Thanksgiving in New York to visit the family.  Normally, TJ’s has far cooler than regular supermarket music, usually vintage-ish, Blondie-like bops that play on maximum rotation in your head long after you’ve left the store, until you hear something else to replace it.  But it’s not the sort of intrusion you mind; again, TJ’s usually plays songs that you liked to one degree or other at some point in your life.

As an orthodox atheist who is becoming progressively more militant, I’m already gearing up for my assault on the holiday season.  I lobbed my first homemade verbal bomb the other day at a demented witch from the Salvation Army ringing a bell by a red begging cauldron outside Ralphs that had a sign over it proclaiming all the good that Army of Christ does with donations.  “That sign is totally misleading,” I bellowed as I swept through the automatic doors pushing my rickety shopping cart.  “You don’t do good.  You’re a bunch of wacko fundamentalists, and that money goes to fund anti-gay campaigns.  All religion is poison!”  I made sure the wheels on my cart rattled with extra indignation in response to her ringing that bell extra loudly. TJ’s has started with the Christmas carols now, but the cooler kind, as is their wont. On the evening of my mental tirade that spawned this post, it disturbed me deeply that by the time I was selecting the largest bananas on a pile near the entrance, I was already humming along to Bing Crosby crooning “I’ll Be Home for Christmas.”  And, yes, those patches of sentimentality began crawling over my cheeks and ears like a gelatinous spa facial, and my internal video player skimmed over recent Thanksgiving-week scenes with the adorable nieces in New York, my real home, where I won’t be going for Christmas despite the girls’ entreaties and whimpers of disappointment.  So fuck you Bing Crosby and TJs for the reminder of that.

While I was picking up a pack of shaved asiago cheese mixed with parmesan, which I sprinkle over my morning mass of egg whites, Bing melted away to Sting and his jaunty, faux-medieval percussive version of “I Saw Three Ships.”  Now the internal video player transported me to a nook beside the fireplace of a cozy pub in chilly England with my former partner Jonathan Kemp, hands-down the healthiest, most rewarding relationship I’ve ever been in.  Remorse and guilt over the end of that relationship whisked themselves in with the carol-induced mawkishness, along with anger that I was allowing TJs to manipulate me as if I were a hysterical Victorian housewife.

I need to backtrack a little here and say that at the end of my recent stay in New York, I finally terminated my most tortured romance ever, with Love of My Life No. 6 (could be No. 7, I’ve lost count).  I did it almost exactly on the third anniversary of our first date, when he warned me, “The more I love someone, the more I hurt them.”  That is the entire premise behind Javier Bardem’s character in Skyfall summed up in one sentence.  Not good.

I should have asked for the bar tab right then and run for my life, but—like that classic sap in a horror film who ventures into a dark, lethal place even though he knows he shouldn’t—I was too cavalier, too arrogant about my lion-tamer’s skills, too intrigued by this guy.  Because, yes, I accurately smelled a major personality disorder emanating from him, which, as my longtime readers know, when combined with high, versatile intelligence and uncommon beauty was absolutely irresistible to me.

It’s bad enough when a relationship ends, but when that relationship is like Brokeback Mountain—when two people cannot be together for reasons beyond their control despite loving each other—then it’s especially sad and frustrating.  And so there, outside TJ’s, with the remorse and guilt about Jonathan, and disappointing the pleading nieces about not coming home for Christmas, and all the dysfunctional childhood Christmas weirdness that segued from those thoughts, and the unsettling stupor of having forty-eight hours earlier thrown in the towel on someone to whom I’ve actually said, “I can never quit you,” as well as Bing and Sting and their fucking gorgeous voices belting those aggressively manipulative songs dedicated to a set of beliefs I vehemently oppose, I almost melted into a turgid puddle of emotion right there in the handicapped parking slot.

I’ve found the best thing to do when I’m neck deep in that turgid puddle is to text my buddy John Wood the Gay Plumber.  Despite being more butch than a battalion of Marines, John can be an even more forceful virago of emotion than me, although he leans more towards the hilariously unchained raging bull than my soppy operatic tragedienne; to wit, in his spare time he plays guitar for a thrash/death-metal group called Eighty-Sixed.

As I stood in the handicapped parking slot, I typed into my BlackBerry, “I loathe the emotionality of Xmas carols.  I hate that they get to me.  I long to be a hardhearted sociopath… For one thing, [Love of My Life No. 6] would be in about 20 Ziploc bags in the freezer by now being consumed gradually as Sunday roast every week.”

Let’s face it: Cannibalism is so much more nutritious than heartbreak.

Within a few seconds I received his reply, “Hahahahaha,” which was as soothing as Santa’s “Ho, ho, ho,” to this simpering middle-aged little boy. See, if I were a sociopath, I would feel none of this remorse and other emotional crap.  I would feel almost nothing at all except for physical pain, and, oh, what a relief that would be… if only for a short while.  I might even be the ruthless CEO of a multinational corporation that fracks and genetically manipulates humanity for nothing more than the empty satisfaction of huge profits—according to all studies, CEO is the number one occupation for sociopaths.  But I’d be rich!  And I wouldn’t care!  And I’d turn lovers who disappointed me into filet mignon and wash them down with a fine cabernet that I’d bought with all my riches, just like Hannibal Lecter.

I also feel my internal essence of being should match my external appearance.  And it doesn’t.  I don’t look anything like the simpering little boy I can be sometimes.  For example, as I was looking at myself in the mirror of a second-hand store a few weeks ago, still pondering the plaid shorts I was so ambivalent about that I wore them almost every day all summer, and trying to figure out whether my tee shirt was truly ironic or just plain silly, the sales assistant said, “You look pretty badass.  Do you kill people for a living?”

I beamed gratefully, but resisted giving him my number.

And a few days ago on the subway in New York, a man who had been staring at me for a while said, “Aren’t you a fighter with the WWE?”  You have no idea how soothing these words are to a Ghey who can still be reduced to a quivering fagelah in the produce section of Trader Joe’s by Bing Crosby.

Sadly, being a sociopath would mean that I couldn’t have written this piece, much less the millions of words that have come before it.  I would have no artistry at all.  I would be incapable of gleaning beauty from the pain of existence because I would be unable to comprehend beauty or feel psychic pain.  I would simply see existence as being nothing more than a mirror of my sociopathic self, and I wouldn’t be wrong about that.  It doesn’t seem to me that the universe has sympathy or remorse, much less sentimentality over Christmas carols.

Would I really make the trade off and have myself lobotomized of feeling?  Nah.  My relationship with my creativity is the most nurturing and satisfying of all, the true love of my life.  It is utterly devoid of dysfunction or disorder.  So if my inclination to mawkishness gets too much over the next few weeks, I’ll just pop one of the Xanax John the Plumber so graciously gifted me, wash it back with a belt of vodka, and use earplugs for those trips to Trader Joe’s.