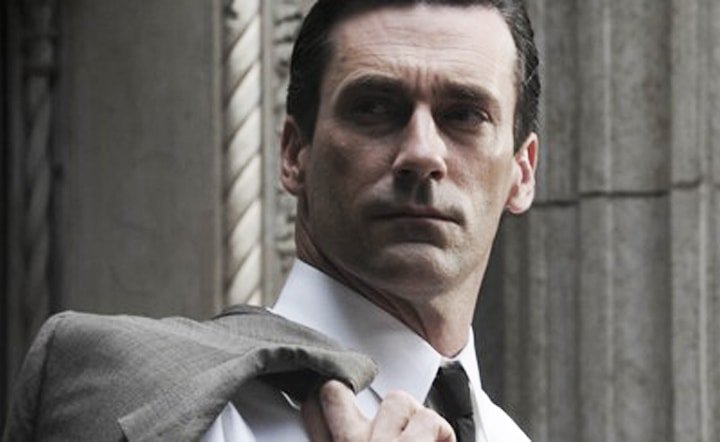 Last night’s disturbingly hilarious, pitch-perfect episode of Mad Men, entitled The Crash, had me thinking about speed—not the vroom-vroom engine-powered kind, but the drug in its various forms—and the creative process. After a wild opening that features account exec Ken Cosgrove on a symbolically dangerous, drunken joy ride in Detroit with managers from GM, the episode lopes—with a lack of lackadaisicalness uncharacteristic for the show—into a scene in which almost the entire creative team is dosed with the infamous “vitamin shots” that were so prevalent in the 60s.  The pandemic of those shots was so widespread that the Beatles penned the song “Doctor Roberts” in honor of one of the quacks who went around injecting people with proprietary serums that were supposed to be vitamin B but were really liquid speed. (Other notable users of Dr. Feelgood’s potions were Andy Warhol and Edie Sedgwick, and probably John F. Kennedy.) Dr. Feelgood perked up MM, too.

The reason the creative team at Sterling Cooper resorts to this drastic remedy is they are stuck, unable to produce anything for their new Chevy account that GM is satisfied with. To Don Draper’s horror, the agency is being paid and tasked to come up with endless amounts of new creative on a monthly basis, which is bound to be rejected by the client, but who cares? They’re being paid handsomely for it.

This doesn’t sit well with Don, the man with razor-sharp double standards when it comes to morality. And so we are taken into his own private inferno while he works it out, a conceit established in the first episode of this season when he is reading Dante on the beach in Hawaii, and reinforced during the climax of this episode—at the end of the group speed binge—when he confuses the opening of The Inferno with the Declaration of Independence: “When in the course of human events…”

Indeed, once Don is dosed with speed by Dr. Feelgood, his normal passion and obsessive tendencies take to the racetrack, and around and around he goes, ever faster, ever more senselessly. He even does something unbecoming of the world’s most desirable man: He stalks the mistress who jilted him.

“The problem with meth,” a journalist said to me back in the late 90s, when the drug was beginning to sweep the nation like wildfire, “is it does make you smarter.” I’m inclined to agree with that—sometimes it seems that if you’re not on some form of speed, and I include caffeine in the mix, you simply cannot keep up with the pace of modern life and everything you have to do to succeed.

Mine isn’t a new observation by any means. But what I’ve been thinking about lately is the aforementioned relationship between methamphetamine and the modern creative, particularly those of us who have to balance a number of projects at once and continually revise our output.

Case in point was only yesterday, when I was having a conversation with a couple of people I’d just met, with whom I actually wanted to have a conversation with (as opposed to polite small talk). My BlackBerry vibrated in my pocket and I rather rudely but instinctively pulled it out and checked the message, midsentence—I wasn’t on speed, but I am naturally inclined to be as responsive as I can be to everyone.

Immediately the jokes flew between my new acquaintances about my ADD, and they were spot on. “Look, a shiny thing!” one of them said in a voice like the distracted Dory in Finding Nemo—yeah, I identified with that character in many ways. It’s not often you get to see Jon Hamm bending over.

I discovered Adderall, or legal methamphetamine (if you want to buy it in some third-world country that is lax about prescriptions, it’s known as ‘methamphetamine salts’), rather late, around six months ago, and it was a lifesaver, or more precisely a work-saver. A friend keeps a stash of Adderall on hand at all times both because he does have acute ADD and because it focuses him enough to get home in a straight line when he’s had too much to drink. (By this I’m not implying that he drinks and drives; his sober boyfriend is always on call to come get him.) One night while deep into his cups, this friend gave me a handful of Adderall. I knew even without ever having tried it that this was too much and took just a half, which perked me up enough to carry on drinking with him. The rest I poured into a bottle and tucked it away in a dresser drawer, and didn’t give it another thought.

A few weeks later, I found myself in the middle of rewrites on a script and was suffering from writer’s block, feeling very much like Dante suddenly finding himself in a dark forest. Creative roadblocks are akin to sexual impotence; I’ve long believed that the creative process is linked to the libido and romantic emotions; to wit, when I find myself in these situations, like Don Draper in The Crash I begin to obsess about some dysfunctional love entanglement or other.

Writing anything substantial from scratch—whether and novel or a feature-film script— is often a tortured, Herculean effort, but reworking something that is already good to make it better generates its own set of performance anxieties, particularly if you are being commissioned and there are others scrutinizing and evaluating that performance.

Having has some experience with speed in the past, on impulse I reached for that bottle in the dresser drawer and popped half a tab of Adderall. Fifteen minutes later, I sat down, typed two sentences, and focus rushed in where none was before. Three days later, after most of the Adderall was consumed, I’d finished, and was happy and confident with the result. Indeed, the new draft was met with great enthusiasm. Adderall proved to be the Viagra that firmed up my creative limpness.

The few remaining tabs of Adderall came in handy a few weeks later when I was on set. Film production requires a considerable amount of physical effort over long hours, and when you’re directing your mental focus can never waver. At around hour seven or eight of any shoot, everyone starts to lag, and crewmembers reach for the coffee or the Red Bull, or worse. Like any team effort, the energy on set comes from the top down, and if you expect everyone to get to hour twelve or fourteen with dedication and enthusiasm, as director you’d better be on your game throughout. While it didn’t exactly turn me into a relentless, fizzy Energizer Bunny like Martin Scorsese, just half a tab of Adderall got me and everyone else cohesively to the end without too much disgruntlement. The Crash is the most superlative episode of Mad Men that I’ve seen in quite a while, a fitting, layered denouement to what is effectively the end of the season’s second act. Wired out of his mind—to a point I have been at long ago but no longer go, ever—Don enters into a warped temporal vortex in which past, present and future meld as one. It’s at this juncture that the creators of the show not only pull of a virtuoso display of the finest scripting on TV, but deploy the subtle art of fine editing to create the impression of what it is like to be sucked into that vortex: Don no longer has any sense of where he is or what time it is; his memories both short-term and long have melded into one.

So he crashes, literally, passing out in front of his assembled family and the police. When he awakens he is a man cleansed. He has overcome his obsession, or has a firm rein on it in true Draperly fashion, and he is resolved that he can no longer engage in the Sisyphean effort to please Chevy—he will only supervise and evaluate the creative generated by his staff going forward.

While that ending might seem a bit pat, it is also in line with my recent experience when I finally achieved clarity about a muddled relationship with a client on an ad account. In that instance, Adderall wasn’t necessary to reach that clarity, just as I don’t think that crashing from a long weekend jacked on speed caused Don to take the course he chose with his particular work issues. Still, if taken responsibly and treated respectfully—it’s a fast car that should never been driven recklessly—speed does help creatives who are easily distracted and sidelined to focus and execute the tasks at hand.

Whew. Got that out of my system. Now for my fifth cup of coffee…