I was moping in text messages to Tuttle yesterday afternoon about how lame my weekly round-up was turning out to be, when it hit me that I should write about what I’d been tweeting about all day: the colossal flop John Carter is destined to be.  Which meant that I had to get off my ass and fork over close to twenty dollars for the 3D version plus popcorn surcharge (it is a two-hour-nineteen-minute movie, and I’m a big guy who needs to be fed).  So I hope you appreciate the sacrifices this reviewer goes to bring you the freshest.

With "The Vow" killing at the B.O., and critics saying "21 Jump Street" is the next "Superbad," and advance word that "Magic Mike" is magic, this is Channing's year.

I admit it, I was drawn like Edward Cullen after Bella’s blood in Twilight to the throbbing, heady scent of schadenfreude emanating from the film: the industry awoke Friday morning to find out that analyst Alan Gould from Evercore had revised his predictions that John Carter’s losses could be one hundred sixty-five million, or double what he had previously estimated.  This is a lot of loss, and so far this weekend he is right.

Yet it wasn’t just my lust to see a massive Disney train wreck.  I really like Taylor Kitsch, who did us the honor of being our Face of the Moment a few weeks back.  I think he’s the right kind of very good-looking—the approachable, manly kind—and his acting abilities are decent.  They will improve over time as his depth and range expands; you can tell he works hard.  I am happy to say he doesn’t disappoint in this movie.

Indeed, as most observers of this fiasco have noted, it’s not the film itself that is the problem, it’s the budget, which was reported to be two hundred and fifty million, and figures are always low-balled in a case like this to minimize studio embarrassment.  While nobody clapped at the end, I can certainly find little to fault about it for a film of this genre.

It is exquisitely made, tastefully designed, the effects seamless and seemingly organic, a word I hate to use about film production in general, but here it is appropriate; there is a lot of earthiness about the Mars envisioned here.  The script has minimal cringing moments, and the story itself is way better than average, complete with twist ending.  Many have complained that John Carter is derivative of Star Wars, Avatar, and the like, but it is they who owe so much to Edgar Rice Burroughs’ original work.  In fact, I preferred the green four-armed counterparts of Avatar’s blue Na’vi; the Tharks of Mars more my kind of giant, spindly warrior aliens: less garish, more believable; again, strangely earthy.

After Taylor Kitsch—whom I respect too much to make my usual salacious propositions of intergenerational sodomite nastiness, despite the fact he is perfectly my type—I liked Mark Strong the most, as the villain behind the villains.  It takes a great British character actor to pull off wearing a gradated charcoal-to-light grey resist-dyed pleated Issey Miyake Pour Femme opera cloak fastened with an ornate inlaid silver Art Nouveau broach.  Strong does the only thing a man can do in this situation, which is to remain as still as a store mannequin throughout the film and move his mouth as little as possible.

Mark Strong in "Carter," not at the Paris ready-to-wear collections.

Indeed, the entire production teeters on high camp the entire time, but never spills over into cheesy.  More than the aforementioned references and precedents, it reminded me of the old Flash Gordon serial plays that ran before the main feature, as well as the look and feel of early adaptations of Burroughs work.

Eat your heart out, J-Lo.

It has to be mentioned that the biggest drag on the film is Lynn Collins, the female lead.  Not only is her RP British accent wobbly at best—she’s Texan—she acts like she belongs in a TV revival of Charlie’s Angels.  And I hate to sound like some sort of bitch off TMZ.com, but I have serious doubts about her age being only thirty-four, despite a body that Our Man in Jersey Eric Baker would beg Santa Claus for.  I didn’t buy Kitsch’s passion for her for a moment, and that might be another major flaw in the film.

In my estimation director Andrew Stanton overspent by at least seventy-five million.  This is because the director of Wall-E and former Pixar executive treated a live-action production as if it were animation, tweaking it as he went along with endless reshoots, and that’s just not the way it’s done.  So, while I’m sure there is plenty of sweating and screaming and blaming going on right now, from my point of view the responsibility for this fiscal fiasco goes seventy-five percent to Stanton, twenty-five percent to the marketing department at Disney.

I give John Carter a:

I must say, Tina Brown does go out of her way to be as balanced as possible, even at the risk of flagrant editorial hypocrisy.  On the one hand, she hosts the annual Women In The World conference, with every notable female in the world from Christine LaGarde to Hillary Clinton to Meryl Streep in attendance, and on the other she publishes defenses of rapist Dominique Strauss-Kahn and sexist bully Rush Limbaugh.

My stomach turned when I read supercilious blowhard Bernard-Henri Lévy’s justification for his friend DSK’s innocence in Brown’s The Daily Beast, based almost entirely on the reasoning that the man being accused was not the man Lévy knows and loves personally.  Pfft. Now it turns out that flagrant sex addict DSK was not only involved in a prostitution ring in France, but according to a mock trial held at Harvard Law School by none other than the Grand High Exonerator of the Manifestly Guilty, Alan Dershowitz, DSK is probably guilty as hell about raping the maid.

Dershowitz’s reasoning is something I’ve been fuming about since I read about the incident at the Sofitel: that we are meant to believe that a hard-working, relatively attractive young woman was so overcome with lust by the sight of a flabby sixty-something sex fiend that she stopped everything— and thereby risked getting fired for not meeting her quota of rooms turned over in a certain time period—just to give His Studliness a blow job.

DSK’s real defense admitted there was no question she was paid for this like his French hookers were, so we are meant to believe that he is just so powerful and gorgeous that women drop their feather dusters and sink to their knees to fellate him whenever they can.  The fact that she then went to the trouble and trauma of trying to press charges just adds to the absurdity of DSK’s claims and BHL’s subsequent completely irresponsible refutations.

I wrote last week about Kristen Power’s well-taken points in TDB that the rants of liberals like Bill Maher and Keith Olbermann against Limbaugh were hypocritical given their own hyperbolic sexist vitriol in the past. To his credit, Maher tweeted this week that attacking Limbaugh at this juncture was “beating a dead pig… I don’t do fatwas.”  While I am breathless with joy at Limbaugh’s downfall, I agree with Maher’s position on this.

True, Brown has had other things on her mind than what she is publishing.

But rather than being happy with the Power’s piece, Tina Brown went a step further and published an even more scathing indictment of the liberal outcry against Rush, this time by the sometimes-humorous but often-sneering travel writer Paul Theroux.  I’m not sure why she did this, other than to humor a famous writer she respects; if she were a man, Brown could be said to have a real hard-on for certain authors. As she is a woman, I’ll just call it a soft spot and hope nobody hauls me up for references to female genitalia.

The best thing I’ve read of Theroux’s was Riding the Iron Rooster.  I still feel sorry for that poor owl that was destined for a wok in a certain scene on the train he was on going through pre-New China.  I’ve read numerous other articles of his over the years that have peeked my interest enough to get all the way through them, even if they were forgettable.  But the basic premise of this piece, that the accusers are as guilty as the accused, is specious for a number of reasons I won’t elaborate on here, but which should be manifest: two wrongs don’t make a right, as my mother would say.  Limbaugh is no less guilty just because his accusers have made similar transgressions in the past.

So, no, Paul, we do not “have to give Limbaugh a pass.”  On the contrary.  Just as the Academy Awards gives out an Oscar not so much for a particular role as much as a career’s worth of achievements, just as it is “three strikes, you’re out,” the same goes for the Limbaugh’s Downfall.  His career-long crimes against reason, truth and basic moral decency are so egregious that we’d better not see an upswing for him again any time soon, and certainly not thanks to that noodle-brained article you wrote.

Still can't get over that old Soviet thing.

We’ve almost run out of time here between a film review and a diatribe against the Fourth Estate, but Tuttle wanted me to comment on the Society of Blue Buckets in Russia.  This free protest movement, inspired no doubt by the pop-up revolutions happening worldwide, is in response to non-civil servants abusing the emergency blue flashing lights and sirens that some VIP vehicles are allowed to sport.  Toy blue buckets are affixed to the roofs of regular cars in mockery, and refusal to make way for the impatient VIPs is encouraged.

I have to admit I’m developing a bit of a Cold War antipathy towards Russia these days.  I can’t believe that thug Putin, whose name never fails to remind me of the French word for ‘hooker,’ putain, is still in power.  Nor can he, apparently, given the tears he shed the other day when he was reelected.

Let’s face it, the Russians have often been tacky in a Mafioso sort of way, even the czars with all of that over-the-top Fabergé rococo styling they were so fond of.  To top it all off, the government of that most frosted meringue cupcake of their cities, St. Petersburg, has just passed legislation forbidding discussion of anything gay, or even using the term.  So rather than doing the obvious and anointing Kony 2012 as Schizo of the Week—he’s really nothing more than a secret Kardashian—I slap it on the Russian Government in toto and leave you with this rather moving video, which should have gone viral, but it does use the word “gay” rather too often: 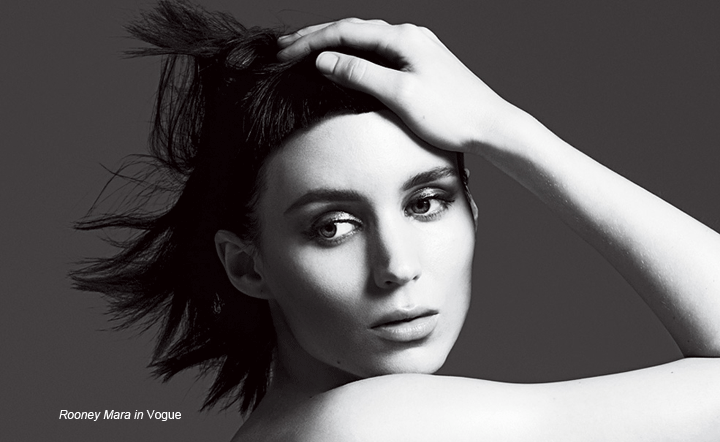