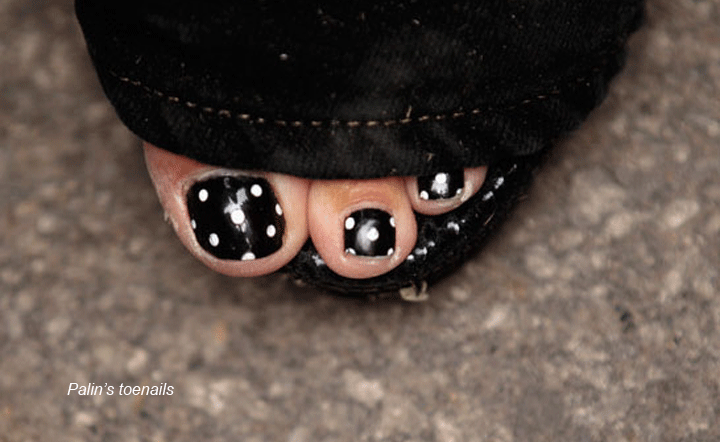 La Esquinita in Echo Park. You’re not paying for decor, but there is lots of parking.

There is, of course, nothing inherently wrong with stupid people any more than there is with geniuses.  I can think of a few Barons von Aspergers-Syndrome with IQs cresting 180 who have screeched string theories of quantum particle mysteries at me, which I’m personally way too dumb to understand, in grating monotones reminiscent of gaggles of honking geese.

This particular gentleman at La Esquinita was certainly no genius, although he did keep his Bluetooth earpiece in as he talked through the entire meal without pause, punctuated with open-mouthed crunches of chips like an irritating Doritos commercial.  It was as if that morsel of high tech in his ear would somehow make him look like a character from Star Trek, an important player who couldn’t tear himself away from the captaincy of industry even for lunch. Uhara is the only person who ever got away with wearing that Bluetooth earpiece.

It quickly turned out that he was some sort of photocopier journeyman, a Xerox fixer.  Everyone in the dining area was treated to a blow-by-blow, crunch-crunch epic monologue about how he had saved the day and the fortunes of some small local company by unsticking a malfunctioning copy button.  Given the level of detail he went into, I now know how to fix it myself should the need ever arise.

To drown him out, I munched loudly on my own chips, thus creating churning gravel in my head, and summoned some soothing mantra from my bygone days of meditation at the feet of a guru.  This was to stop me from leaping up and burying his face in his platillo de carne asada con frijoles refritos y arroz (a total steal at $7.90), much as that action would have made me a hero in the eyes of the other diners. Like many vampires, Blake Mycoskie has a certain je ne sais quoi.

I was going to do a follow-up post about the abuses of philanthropy even before TOMS shoes honcho Blake Mycoskie had some PR peon cut and paste in our comments section his official response to an earlier post of mine about the company.  The excuse is that the evangelical Mycoskie has so many speaking engagements for his One For One shoe-giving program that he couldn’t possibly vet them all, and didn’t know that Focus on the Family, a group he gave a talk to, was anti-gay.

I uselessly replied to undoubtedly deaf eyes at TOMS that, had Mycoskie or his PR peon bothered to read the article, Focus on the Family and their anti-gay stance was beside the point.  That they exploit poverty to market their products, and that those products are not made in the countries they donate to, which would provide lasting employment to the parents of shoeless children, was very much the point. “Dude, I know my voice hasn’t broken yet, but I’m a BOY. Does this look like Fire Island to you?  What the fuck am I going to do with a pair of red beach shoes?”

As for not knowing to whom you are preaching, Blake, the old adage is think before you speak.  Otherwise, yours is a lame excuse.  An evangelical doesn’t know that the evangelical group he is addressing is anti-gay?  Come on.  Paint the other toenail ladybird red.  Furthermore, the wording of your apologia just confirms you are even more of a sanctimonious tool than I pegged you for in my article.

I have been digging around in the archives of NPR to try to find a recording of a segment I heard the other day on All Things Considered about philanthropy in America, to no avail; I am too impatient for in-depth online searches. It aired just after the TOMS post went up, while I was rocketing along the 110 Freeway at sixty-five miles an hour in my rusted Buick Park Avenue with no recourse to a pen for notes.

The segment in question was an interview between Robert Siegel and a rather demure-sounding woman from some watchdog group for philanthropic institutions.  The focus of the piece was that Americans are naturally donating less during these harsh economic times, and charitable organizations are feeling the pinch.

Apparently, in a normal year we give over three hundred billion dollars to philanthropic causes, the greater portion of which goes to religious institutions.  That’s a generous amount… actually, a staggering amount when you consider what a “greater portion” implies.  That is bigger by far than all of the entertainment industry income streams combined, gaming included.  I’m in the wrong business.

Despite my years at the feet of remarkable gurus, the problem with working for God, Inc. is I can’t bring myself to lead a daily fiction.  Too much effort, and I can’t keep a straight face.  I also seem to have been born completely without the greed gene, as I call it.  Money interests me not in the least, as frustrating as it is because I wish it held me more in its thrall, as do my numerous creditors.  Even if I were willing to live a daily fiction and preach it far and wide, the end result, the tax-free millions it would net me, regrettably have no lure. Super guru Bhagwan Shree Rajneesh arriving at his sprawling ashram in Oregon in one of his 96 Rolls Royces. I’d settle for a secondhand Beemer and a Barneys charge card.

At the end of the NPR segment, Robert Siegel pondered whether all of those hundreds of billions donated to religion shouldn’t be taxed.  The philanthropy watchdog mouse he was interviewing chuckled as if to say, Wouldn’t that be nice.  Siegel then said something like, “Well, it’s something to consider.  You heard it here first.”

As I was barreling down the 110 in my Buick beauty I was yelling at the radio, “No, Robert, you heard it here first, you thief!”  Indeed, I have been howling “Tax the church!” at the moon for a long time. HH The Pope being entertained in the Sala Clementina, part of the papal apartments. Emphasis on “part.” I’d settle for… oh, never mind.

To me it’s obvious.  Unless the religious organization that enjoys tax exemption is actively engaged in a worthy charitable cause—for instance, building shoe-making factories in countries where TOMS gives away espadrilles to kids—then any funds that are not directly applied to those activities should be taxed.  No, giving religious succor to frightened people in mental anguish is not charitable.  It is replacing psychic pain with delusion.  If religious institutions benefit from tax breaks for this sort of quackery, then surely licensed psychologists and psychiatrists should, too.

But I am preaching to the converted.  If you’ve made it this far with this post, much less PFC’s earlier articles slamming religion, then you’re on our side.  Heaven forbid I should come off as strident as a chip-chewing photocopier moron at La Esquinita.

The fact is, the American philanthropic culture is no doubt one of our greatest attributes as a society, Ayn Rand be damned.  That it is abused by religious groups is unfortunate, but we can’t start going after every corner of corruption in a blog that aspires to be as fluffy as a couture tulle gown, can we? The only time I’ve ever wanted to agree with arch-demon Karl Rove is when he says she’ll run.

For those who live near me, the sound of me praying nightly to a crucified moose in the hope that Sarah Palin will join the presidential race has been annoying.  She is good for this country in the same way manure is for a field that can no longer yield a harvest—i.e., the GOP—which also needs to be thoroughly plowed, eradicated of Tea Party weeds, and made to lie fallow for a while.

Seriously, though, I heartily agree with conservative thinker and former Bush Jr speechwriter David Frum (who deserves kudos for reversing himself on gay marriage and being contrite about his initial position opposing it):

“Over the past three years, Palin has systematically laid waste to the basis for a presidential campaign. By her own words and actions, she has discredited herself and alienated her one-time supporters.

“But before Palin vanishes into her hard-earned obscurity, Republicans need an assessment and an accounting. Had John McCain won in 2008, we would have put an incompetent, deceitful, and vengeful person second in line to the presidency.”

David, do not stop there.  Take out Michele Bachmann while you’re at it.  And Rick Perry.  Who cares if the GOP goes back to being a party of elite plutocrats? At least it’s honest, the candidates educated.  The GOP used to own “elite.”  Now it’s the party of toothless, no-neck, pitchfork-carrying peasants.  You guys are just covered in shit with these moronic, braying evangelicals and misguided jingoists.  How about putting the “grand” back in GOP with some quiet, intelligent dignity?  Forget change; that is as inevitable as evolution.  Try by giving us something basic, like a reasonable, rational choice.