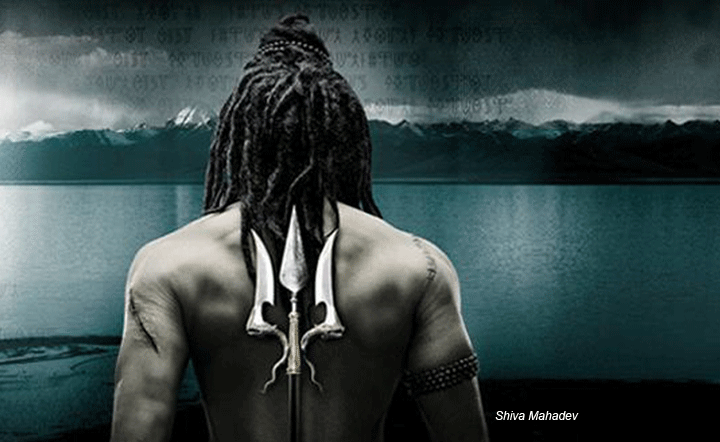 Most of us scoffed at the Mayan prediction that the world would end on December 21st, but it seems few of us realize that it actually happened.  Except for me and a friend of mine, who passed his last exam and finally obtained his architect’s license after years of trying.  Just like his (by now he was convinced he’d just keep retaking the exam like Sisyphus), mine was a day of pleasant surprises, one after the other, that ended with a new commission for work and a dinner party at which I met a wonderful group of new people.

It was the best end of the world I’ve ever had, and I shall remember it fondly.

A few nights after the end that never happened (but really did), my newly minted architect friend and I mused over bong hits and vodka shots how surprised we were about our wonderful Fridays the 21st.  I noted how typical it was for the Judeo-Christian West to interpret the end of the Mayan calendar as being a negative Doomsday/Rapture thing.  The late literary critic Edward Said, author of Orientalism and Culture and Imperialism, might have had a field day with this, if he would have taken it seriously, which he might have for a second had he also had a few bongs hits and vodka shots after a day like ours.

The Hindus would view the Mayan apocalypse the correct way, as merely the end of a yug, an era, a cycle.  Because not everyone in the world experienced the sort of remarkable Fridays the 21st as my friend and I, Hindus would probably ascribe what happen to us as the end—or the beginning of the end—of a sade sati, a seven-and-a-half-year cycle during which the planet Saturn basically pummels your life until you’re black and blue and barely alive and mumbling dialogue from a Tarantino movie.

By way of explaining my bouts with misfortune, or rather lack of expected fortune (I’ve actually led a rather charmed, lucky existence in most respects), about five years ago an Indian astrologer went so far as to posit that I have experienced two sade satis back to back.  But he also said they would end three years ago, when the worst period in my life actually began, and that I would remarry a woman and have a daughter.  I’m sorry my stars didn’t tell him I am gay.  I’m pleased that I didn’t start wearing the various gems he prescribed—Indian astrology and the precious-stone biz are closely connected—or perform the intricate ablutions every day that would apparently lessen the influence of my endless saturnine era.

The most accurate prediction—because it was based on sobering facts looming before us all—was made four years ago by someone whose opinion in business matters I respect: The financial climate wouldn’t get better until 2013, and even then it wouldn’t be back to normal for a long time.  I literally felt weak at the knees when I heard those words, as in I had to hold onto the kitchen counter (yes, we were in a kitchen when that pronouncement was made).  I didn’t think I could take any more, but I was being both prescient and a pussy: I knew things would get markedly worse for me, and they did, but I should have also rested assured I would emerge from it stronger.  Because, indeed, what doesn’t kill you turns you into Jean Valjean.

It’s easy to see why cycles are mystified, sanctified; they are all around us, from menstruation to the seasons to birth and death and birth again.  The Hindus understood for millennia what science only recently revealed: that the universe began with a bang, is expanding, will likely collapse back on itself, and then will Big Bang again after what the Bhagvad Gita calls a “state of perpetuity,” which is one of those pretzel-like concepts that blows your mind and sits your ass down to meditate on it for a few years.

Most people who know anything about Hinduism understand that their pantheon is headed by three male gods, all manifestations of a single godhead, Brahman, who sleeps at the bottom of the eternal ocean and isn’t worshipped because he’s, well, asleep and no fun.  From his bellybutton grows a lotus, atop which sits Lord Brahma the Creator (similar name, no N at the end).  When Brahma opens his eyes, it’s the Big Bang, and the universe springs into existence out of the state of perpetuity in which is has lingered indefinitely when his eyes were closed.   The reason it has been indefinite is there is no space or time in perpetuity-ville.

However, it is important to note that Lord Brahma is only worshipped in two temples in India.  This is because he’s a trickster and a fraud, and not really the deity of creation as we understand him.  As far as I can understand the concept, he is an event, a portal, a conduit, the baby at the end of a supreme deity’s lotus umbilical chord.  Not important at all.

The second in the triumvirate is Lord Vishnu the Preserver, who comes to earth in various avatars when we need him most—both Jesus and Buddha are said to be his ninth and final incarnations.  The third is my guy, the deity I identify with most, Lord Shiva the Destroyer.  Except calling him that is a simplification and a misunderstanding of who he really is; to wit, he is symbolically worshipped not just as an icon in painting or statue, but as a lingam, a phallic symbol, usually a polished river rock from the Ganges, which is always cradled in a yoni, the Cosmic Vagina.  Why is the lord of destruction also the arch-procreator?  Because he is both creator and destroyer—Shiva Nataraj, the dancing form of the god, is depicted within a disc clearly meant to symbolize the cycles of creation and destruction. Vishnu transgendered yet again as Mohini.

Why have two gods of creation?  There aren’t.  I think the whole idea of there being a trio of gods in Hinduism to begin with is a big Orientalist mistake, one of those major Victorian flubs that have carried over into modern times, the kind of misinterpretation of culture that might have set Edward Said a-froth.  And India is too awash in complexities and disputes over interpretations of the most mudane sort, much less one like that, to sort it out once and for all.

It’s pretty obvious that it is, in fact, a dual system, with Shiva dancing his cycle of creation and destruction, and Vishnu preserving everything in between, but also letting events evolve as they must on their own without divine intervention.  It is both a tug of war and a collaboration.  At one point in the mythology, Vishnu, enamored with Shiva, even transforms himself into a woman, gets pregnant and gives birth to Lord Ayyappa.  (See, now that’s when gay rights will have truly progressed: when bottoms can get pregnant.)

As we in the U.S. gallop towards the ‘fiscal cliff,’ whether or not we go over it is irrelevant to the bigger picture: the GOP has reached the end of a cycle.  It is being destroyed from within and will, by force, be reborn as something else.  The NRA is now being backed into a corner, forced to reveal how Joker-from-Batman insane it truly is.  Good times!

‘Conservative’ come from the word ‘conserve,’ which is defined primarily as, “[to] protect (something, esp. an environmentally or culturally important place or thing) from harm or destruction.”  True, it has different connotations in politics, but the sentiments are the same.  The primary synonym for conserve is ‘preserve,’ Lord Vishnu’s domain.  The implication is protection from destruction, but the American conservative party has long ceased to be the preserver.  Being the party that upholds ‘traditional family values,’ and resists gun legislation, and leads us over the fiscal cliff for nonsensical reasons like they’ve signed some strange cabalistic nonsense vow about not raising taxes, and on and on and on, means they have actually relinquished their roles as conservators, handed it to the Democrats, and are now paddling their boats as fast as they can over their own event horizon into self-destruction.

Even David Frum, whom I once lauded as a voice of reason within the so-called conservative movement, has lost it the past week with a couple of articles in The Daily Beast about the evils of marijuana legalization.  Apparently marijuana is the root of destruction for our society as a whole, the reason we can’t keep stable relationship… I dunno, the whole thing is some Temperance Movement argument that makes no sense whatsoever, but which he tries to bolster with stats and research.  Bottom line: it’s a weed, David, a plant that grows naturally.  You can’t legalize manmade intoxicants like ethanol and pharmaceuticals, and criminalize a fucking plant.

This is where they are at, the former conservatives, now the destructionists: Fuddy-duddy reactionaries whose last remaining intellectuals are babbling incoherently about the societal evils of plants.

But that’s part of the beauty of the end of the world, as I realized on Friday.  Why would I want the continuation of that world that brought me so much strife?  It isn’t the end of the world, it’s the end of this world-as-era, and that is only tidings of joy as far as I’m concerned. Just because we inhabit cycles doesn’t mean they aren’t moving forward; as Shiva’s wheel takes us further along the road with every turn.  And we call it evolution.

It’s no wonder the GOP is also the home of those who don’t believe in evolution—liberal ranter Chris Matthews was unable to get a single Republican politician in this country to disavow creationism on his show.  That is remarkable, but no longer alarming, just comical.  Thankfully, if you put an R in front of evolution you get a word that both evokes Shiva’s wheel and sums up where we are, here at the and of the old world and the beginning of the new.  Don’t get me wrong: I’m not trying to mystify much less sanctify anything that’s going on right now.  Whatever is happening to me or to the world in general is simply coincidence.  I’m just observing the cycles and celebrating their beauty as much as their inevitability.