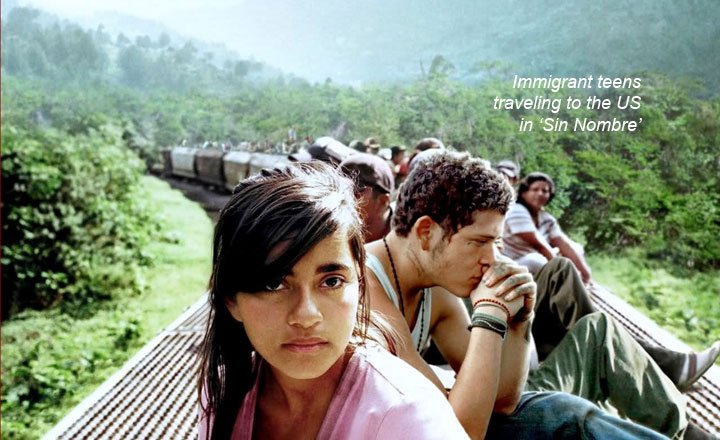 Lest we ever forget that the President is a hardboiled Chicago politician, his move today putting a halt to the deportation of “alien” children was nothing less than brilliant.  With the exception of certain old-school Cubans, who blindly vote Republican down the line because they still remember Kennedy and the Bay of Pigs, as well as any Latino members of the Bush family, who so glibly and handsomely slashed at Gore’s Hispanic base at the 2000 RNC, Obama is now assured the majority of Latino votes.

Our confused and hypocritical immigration policies are one of our three national shames, the other two being gay civil rights and covertly institutionalized religious fundamentalism.  The way he is going, I swear right here and now that if Obama admits he is an atheist any time after he is next elected (I don’t expect it before), because he secretly has to be one, then I will participate in the following year’s World Naked Bike Ride L.A., which I was invited to today by a hipster with an orange beard and even brighter orange-framed glasses at a bike store downtown.  And I shall wear nothing more than sunscreen and a cap. Even I see the allure of WNBR.

Obama is on the one hand alleviating one of the more egregious problems of what I have come to call “La Migra Migraine”—the trauma that children who have already travelled such a life-threatening route must relive it all again in reverse—and also appealing to the very center of the Latin heart: los hijos.  Anglos talk a great deal about family values, but we don’t have nearly the same bonds with and passion for our children.  The only culture that is comparable that I know of is India.

Well done, Mr. President.  That was such a dazzling move, my eyes watered when I read it.  Keep going.  And remember the atheism deal: you know you want to see this old wolf cycling around L.A. naked.

If you have not seen the film featured above, Sin Nombre, I highly recommend it as a look into what these kids go through.