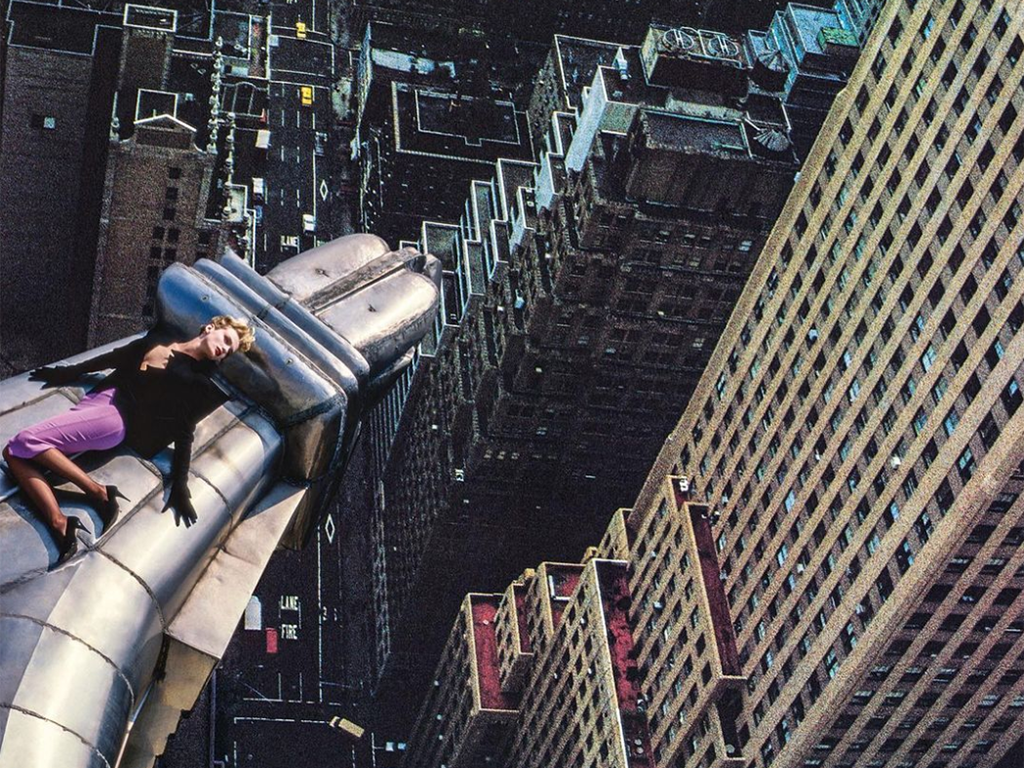 En route back to NYC from a long stint India in 1988, I stopped off in Paris for the fall-winter collections, as all young American screenwriters working in Bollywood are wont to do. The model of the moment was Claude Heidemeyer, elevated by Thierry Mugler, but seemingly in all the shows that year.

A few days before I got into a spat instigated by Roman Polanski, after I was busted flirting excessively with his gangster friend’s model girlfriend — in my defense, I was rolling on E — I introduced myself to Claude backstage after a show, don’t remember which. I guess I must have flirted with her, too.

I regularly forgot my sexuality with women like that. As Philippe Angers once said, while I was making out with Anna Drummond at another party in New York a year earlier, “This is James: Either dudes, or the most beautiful women in the world.”

At Mugler’s show, I was shown to the front row, an honor I was seldom  given — never in Paris. Mugler’s shows were off-the-hook sexy glamour, like nobody else’s. Live-action Helmut Newton. Your heart beat as hard as the booming house music. It was thrilling. The models were literally dressed to kill, like they might leap off the runway and strap you to a St. Andrew’s Cross wearing a leather hood.

Claude was the star of the show, of course, the ultimate pneumatic, Teutonic blond: Marilyn Monroe and Marlene Dietrich’s love child using Dolph Lungren’s sperm. And, man, could she could walk that old school runway strut that only drag queens do, nowadays. The runway was raised and with it the models, looking down on us, evermore goddess-like imposing.

I believe Claude was wearing the outfit in the first image below during her first strut — it’s the only one I could find online from that show. She twiddled her fingers in a coquettish wave as she passed me. Or I thought she did.

I was like, Huh? Looked behind me. “Did Claude just wave at you?” asked Philippe’s wife, Saskia, a close childhood friend from Rome sitting next to me.

In Claude’s next pass it was unmistakeable. Mugler liked to put an effect outfit in — Jerry Hall famously ripped open her skirt at the end of his show in New York and unfurled an American flag.

Claude was wearing this race-car-sleek white outfit, so bondage-tight it might as well have been sprayed-on latex. She got to the end of the runway, stood in front/atop me, snapped her shoulders back and CRACK! her jacket split open, revealing black mesh barely covering her cleavage, similar to the next photo of an almost-identical top in black.

Claude Heidemeyer on left and right, middle another model. Right image is shot in Greenland by Thierry Mugler, who also shot the feature image above.

Claude gave me a nod and a wink, turned and sashayed away, as RuPaul’s catchphrase goes.

Saskia and I went backstage afterward. I quickly found myself alone with Claude. She was so much woman, plus that super-fierce runway makeup that boosts dynamics with the sensually menacing effect of warpaint, or Maori facial tattooing during a chest-thumping Haka dance.

Spellbound and bewildered, I invited her for hot chocolate at Angelina’s before her next show. When Claude slinked through the door I opened for her, they gave us a center table without hesitation.

We were in the middle of the fashion world, also taking a break between shows — I couldn’t look around for fear of catching Polly Mellen’s eye, or some other disaster. I yammered one of my extemporized stream-of-consciousness monologues — my ever-contrarian version of being tongue-tied — while she sat mutely, as poised as an Elgin frieze.

For the life of me I couldn’t take my eyes off that face, still in full makeup. The model of the season, wearing all black, Weimar Venus de Mugler: aggressive makeup, high-noon-blond hair, formfitting turtleneck, pencil skirt.

When she spoke, Claude was little more than monosyllabic; her genius was entirely physical, her movements highly articulate. She would also do crazy-brave acts for her art form — at the dawn of the supermodel, some were performance artists — like pose for Mugler lying atop a gargoyle of the spire of the Chrysler Building. Maybe she was tongue-tied, too; after all, she’d gone to great lengths to signal her intentions. Or maybe I’m flattering myself. Boh.

I walked her back to the Tuileries, next to the Louvre, where the shows were taking place that year. She kissed me. Or we kissed each other, as if hitting our marks and executing a demure film embrace. She turned and disappeared backstage.

I never saw Claude again. I suppose I snapped out of her spell when she vanished into the collections, and remembered myself.

Of course, I forgot myself again a couple of nights later, rolling on molly, dancing with a gangster’s moll, infatuated. Philippe had to slap a hand over my mouth and drag me out of the party before my super-entitled New York attitude got me tossed off the balcony of that penthouse. 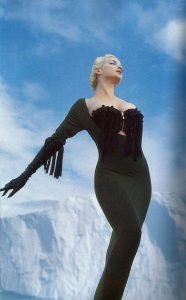 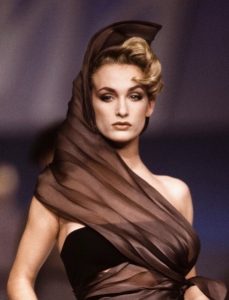 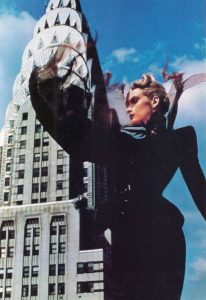 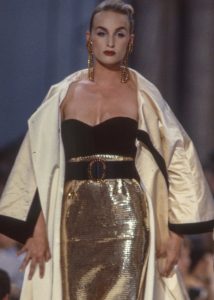 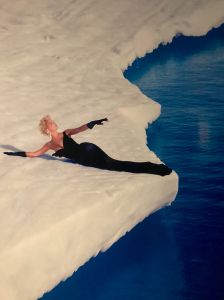 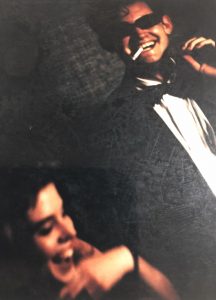