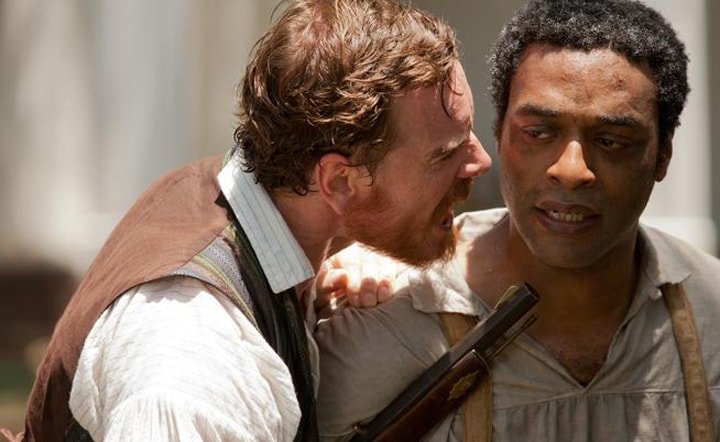 Let me have a grammar Nazi moment here. I confess to being stumbled by whether to use ‘who’ or ‘whom’ in the title. It’s a tricky one, could have gone either way. As you know, you use ‘whom’ when the person referred to is the object of the sentence, ‘who’ when he’s the subject. My ruling on the matter is that the award is the object, which means the nominees are the subjects. Microsoft Word doesn’t agree with me, so I’ll just have to live with the little green bad-grammar warning squiggle under the ‘who’ for the duration of writing this article.

You’ve already read how competitive this awards race has been. It’s de rigueur to mention it because, indeed, it has been remarkable. But my feeling is this is the new normal. There is no way film folk are going to let TV people outshine them. The bar has been raised on big-screen entertainment and it is there to stay.

The reality is most of the categories are probably quite predictable. There might be a few upsets here and there, but in general there’s a consensus as to who will win. But that won’t make for a boring awards show because the one category that is completely up in the air, Best Picture, is the last to be handed out. The narrative of this Oscarcast is as dramatic as it can get — the bar has definitely been raised there, too.

So here’s the deal for me:

As long as they’ve increased the amount of nominees in this category, they should also have first, second and third place, like the Olympics. These films have made it this far, obliterated everyone else, it is beyond an Olympian feat, let’s give them something a little more special than just also-ran nominee status. And no season has ever highlighted the need for a staggered award than this one, which has three films neck in neck for the finish.

Everyone has opinions about films, and there is no doubt that the Oscars are voted on based on subjective taste rather than reasonably objective assessment of a film’s technical virtuosity. In my opinion, filmmaking is like figure skating; filmmakers who know what they are looking at, which is to say not the vast majority of Academy members (apparently), see a movie differently while they’re watching it, breaking it down to its components and assessing it accordingly.

Again, there are three movies vying for Best Picture: American Hustle, Gravity, and 12 Years a Slave. If I were to be a figure-skating judge and award the Oscar as it should be — gold, silver and bronze — purely on technical merit (as it should be), then this is how it would look:

But that is an ideal world. Perhaps Hollywood will get there by the time Los Angeles looks like it does in Her. (I can’t break down the technical reasons for each film’s position on the podium in this article; I’d have to do it department by department and I’m not dedicating five thousand words to this, so if you don’t agree either bear with me or stop reading.)

Every pundit/critic who isn’t a complete delusional weirdo is “torn” as to whether 12 Years or Gravity will win. Here’s my thinking: Industry folk do not like films in which technology is the real star. I don’t want to call this either because it is almost un-callable, and I wasn’t going to, but I don’t want to seem like a pussy because I’m not.

The Winner: 12 Years a Slave

As I said, the other categories seem to be a lock:

I disagree with many of the pundits on this: I don’t think Jennifer Lawrence is going to win two years in a row. The Academy seems to be a fuddy-duddy, sentimental lot.

This is a definite lock, as it should be.

Philomena should win this, but the anti-religion thing is probably going to kill its chances.

The Winner:  The Great Beauty

I loved The Act of Killing, but it is super-weird. I’m going to go with a film I haven’t seen yet, but I hear it’s the documentary equivalent of Frozen, and nobody is going against that prediction.

Nominees:
The Act of Killing
Cutie and the Boxer
20 Feet from Stardom
Dirty Wars
The Square

The Winner: 20 Feet From Stardom

The Winner: The Great Gatsby

The Winner: The Great Gatsby

Nominees:
“Let It Go” from Frozen
”Happy” from Despicable Me 2
“The Moon Song” from Her
“Ordinary Love” from Mandela: Long Walk To Freedom

The Winner: Let It Go from Frozen

Okay, I’m getting as bored as you are with this. Let’s cue the orchestra and move this along:

I’m not an Academy member, so your guess is as good as mine in the other categories. Here’s what Deadline predicts for The Esoterics, as I call them:

The Winner: The Lady In Number 6: Music Saved My Life

The Winner: Get A Horse!