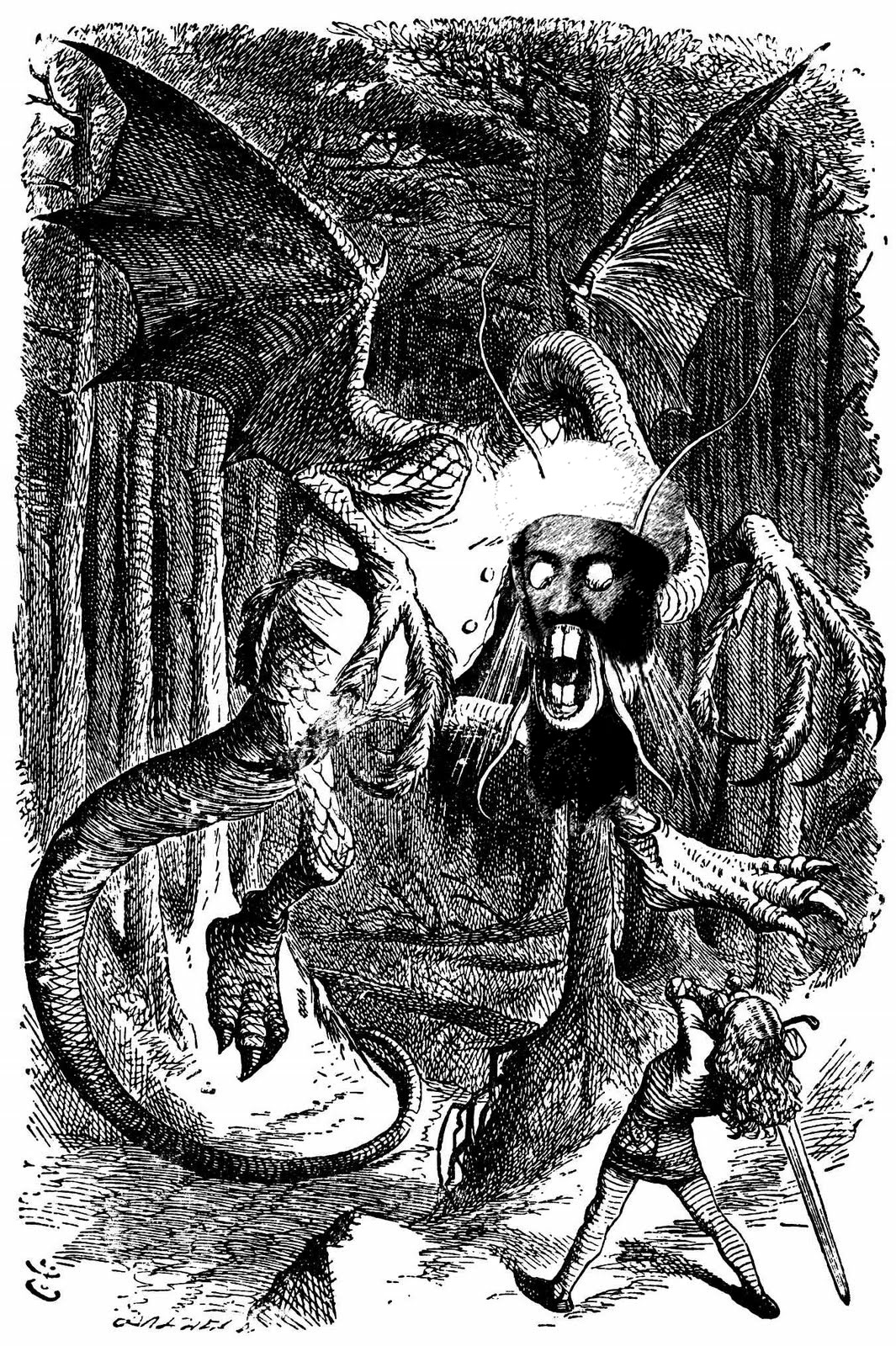 The unwitting godfather of my own writing, Salman Rushdie, published a worthy article about Pakistan yesterday, urging the West to do something about it once and for all.  I agree with Rushdie: we should be there instead of Afghanistan, nuclear threat or not.  When we first went into Afghanistan, I thought it was something better than nothing; it’s where Pakistan recruits the mad dogs to do its dirty work.  But it’s time we went after the owner of the mad dog pound himself and took him out of the game.

Here’s the back story to this particular post, a.k.a. why I feel qualified to crap all over Pakistan:

At the end of the 80s, I was hired out of New York to write a film for Indian director Muzaffar Ali based on the story of Habba Khatoun, a 16th-century Kashmiri poetess, who, like Kate Middleton, began her life as a peasant but married the crown prince, and became the last queen of independent Kashmir.  It was rather grandly billed as The Last Emperor meets Doctor Zhivago, but despite my best efforts never came close to either of those films.  My good friend, two-time Cody award-winner Mary McFadden, was doing the costumes, I was sick of editing magazines, I wanted to be a filmmaker, all of my filmmaking friends and schoolmates had headed to Hollywood, so in typical fashion I seized the opportunity and headed in the opposite direction, to Bollywood. 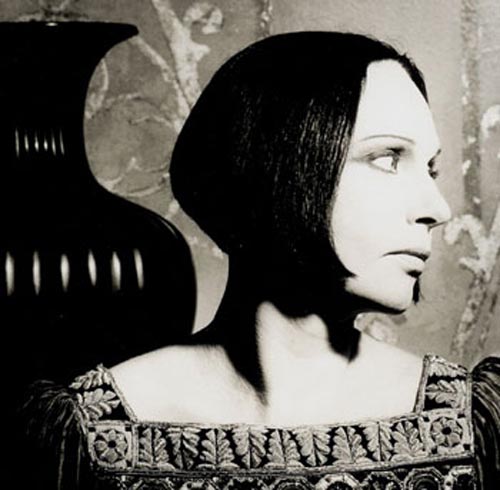 At this point in my pre-memoirs, I should introduce the woman responsible for bringing me to India, Mary McFadden. Givenchy once said she is the only true American fashion designer.

I didn’t pay much attention at first to where we were shooting this film,  the Indian-controlled portion of Kashmir.  Like most people, especially pre-9/11, I thought Kashmir was a type of wool, and it does indeed originate from there, but most cashmere as we know it and wear it now comes from Scotland.  In order to balance the schedules of the Bollywood stars we had cast over a long shooting period — Indian movie stars always shoot several films at once — I wrote the script to take place over four seasons, which meant I was scheduled to be in Srinagar, the capital of India-controlled Kashmir, for over a year.

We began shooting in January of 1989, and by January of 1990 we were forced to leave the Valley because the “troubles” had grown to such a degree that the UN had already left.  We had shot only twenty minutes of the film, and that was not just the fault of the Afghani militants, who were streaming into the Valley from Pakistan Occupied Kashmir and igniting civil war.  As a producer on the film commented a few years later, “Muzaffar Ali was lucky civil war broke out.”

To say that I was fairly distraught by the experience would be accurate.  I had grown extremely fond of Kashmir and its people. Given the nature of the film, I had to research their history in detail, from their local creation myths to the present.  I read about centuries of injustice perpetuated on a gentle, artistic, spiritual people, who were now being driven to the brink of despair by India, and were being incited into war by Pakistan, despite a centuries-old, healthy mercantile and political alliance with whomever ruled Delhi, not Islamabad.  I’ve always said the only reason Hollywood doesn’t embrace the Kashmiri cause like it has the Tibetan is because Kashmir is ninety percent Muslim and they don’t have a spokesman nearly as adorable as the Dalai Lama. 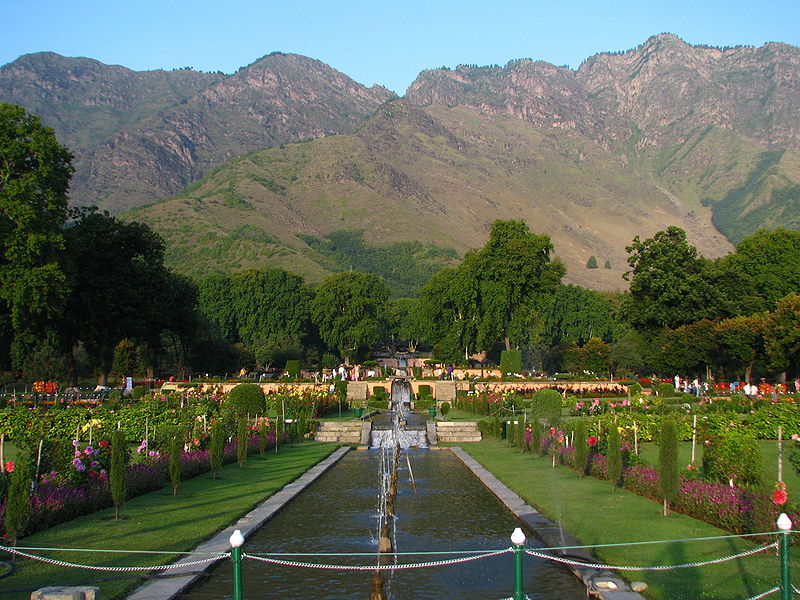 Part of why everyone wants Kashmir. My house in Srinagar shared a wall with these Mughal pleasure gardens.

When I returned to New Delhi, I ranted against the Indian government for having messed things up so badly with the Kashmiris that Pakistan was now having such an easy time spreading strife.  It wasn’t a particularly popular stance there in the enchanted garden parties of Delhi, but over time I was proved right, and India has changed its position, while at the same time trying to push back the evil seeping in over the Himalayas from the Mordor that is Pakistan.

However, just because India had been lax and incompetent, it didn’t compare to what Pakistan was doing. I would qualify my stance by saying that my opinion goes for the government of Pakistan, not its people, but I’ve met some pretty warped Pakistanis in my day.  Their views on their nemesis, India, for a start, are nothing less than surreal, sort of like the lies the Soviets were told about us during the Cold War.  In fact, there are quite a few similarities between the Soviet era and the Pakistani-backed Islamic threat now, the difference being that the Soviets were never as tangible a menace, they were too despondent and pickled in vodka.

Like the Soviet Union, Pakistan, the “Land of the Blessed,” is based on a specious concept: religion.  No country, not even adorable Tibet, not even the pedophile-riddled Vatican, certainly not Israel, sitting as it does on everyone’s sacred burial ground, should be founded on religion, because religion has no foundation.  To quote a Palestinian stand-up comic, “God is not a real estate broker.”

One night at a cocktail party in the enchanted gardens of Delhi, I was discussing the Pakistan problem with a small group of male socialites.  My solution to the problem has always been that India should simply march across the Punjab border and re-annex Pakistan into a sort of Grosse Hindustan, a Greater India.

This is, of course, a Westerner’s simplistic point of view.  It might be said that I am being racist because I think all South Asians look the same, but the fact is they are the same.  Or at least Northern Indians and Pakistanis are the same.  Aryan North Indians are as different physically and linguistically from the Dravidians in the south as Connecticut Yankees are from the Incans of Machu Pichu, and yet they are part of the same nation, despite the fact the Indian parliament has to sit with headphones for translation.  Pakistanis and North Indians, however, speak the same language, they are genetically the same people, they are just artificially and somewhat whimsically separated geo-politically by a disastrous stroke of British imperial mandate.  But suggesting reunification with Pakistan to any Indian is like trying to get a Brahmin to clean a toilet: it ain’t ever going to happen.

In reply to my very serious suggestion, one of the socialites cocked his eyebrow and said in that inimitable Delhi Drone, “Why on earth would we want to annex our outhouse?”

I’m not so crazy. A map of India pre-Partition. Note how there is no Pakistan, and Afghanistan is also well under control.

Regardless of the huffing and puffing from the Pak government post-bin Laden assassination, make no mistake that now we have the incontrovertible evidence that Pakistan has been harboring and fostering al-Qaeda the whole time.  Indeed, Pakistan helped create al-Qaeda.  When my mother called me on September 11, 2001 to tell me to switch on the TV, and I saw those towers coming down, the first thing I said to her was, “told you so.”  I’d seen Pak handiwork firsthand in 1989/90 in Kashmir, and I saw it then as well.

We are somewhat to blame ourselves because we have harbored and fostered the Pakistanis in turn.  They are the dysfunctional, insane hooligans we inherited from the Cold War (India was pro-Soviet, therefore their enemy was our friend).  They are very much in our backyard, and, yes, they are a festering outhouse.  Let’s clean it up once and for all.

Speaking of insane hooligans we can’t seem to get rid of, Glenn Beck is a bit of poetry, ain’t he?  He was furious about the burial at sea and wanted bin Laden put in a meat grinder with a pig.  That’s both evocative and incredibly disgusting.  I immediately imagined bin Laden being ground up dirty Arab terrorist toenails first.  Barf.

Beck: “But you PROMISED me Osama sausage for breakfast!”

What a way to set off a dirty bomb in Chicago: grind up an Islamic martyr with a pig.  If they are fast-tracking Pope John Paul II to sainthood, Islam has no Vatican bureaucracy standing in the way.  It’s done.  Bin Laden is now and forever a Muslim saint, Hazrat-e Osama.  Beck’s suggestion is almost as inflammatory as Andrew Sullivan’s after Easter, in which he suggested that drag queens in San Francisco should “grow a set” and hold a Hunky Mohammed contest over Ramadan.  I still can’t get over how idiotic that is.  I mean, Andrew, if trannies grew larger balls, it would only make tucking them away more difficult.  Duh!

And on that note, in lieu of a Schizo of the Week, which I know I owe you, I shall repost a picture with a new caption of that fabulous, one-of-a-kind, supreme voguing goddess, Mama Gaddafi from the House of Gaddafi, who is up next for elimination any week now from this fascinating reality show I can’t tear myself away from, The Real Lunatics of Arabia:

“That CUNT Ru Paul didn’t take me for season four of Drag Race, AGAIN. ‘Mama,’ she said, ‘you have a nasty-ass attitude even for a drag queen and that dress looks like you made it from Trader Joes tote bags, and …. what is that smell? Petroleum byproduct? EWWW!’ I’ll show that skinny black bitch who is the FIERCEST. Walk, Mama, walk. Ignore the bombs. Sashay! Shante! Who cares if your kids are dying? When in doubt, just ask yourself: ‘What would Ma Baker have done?'” 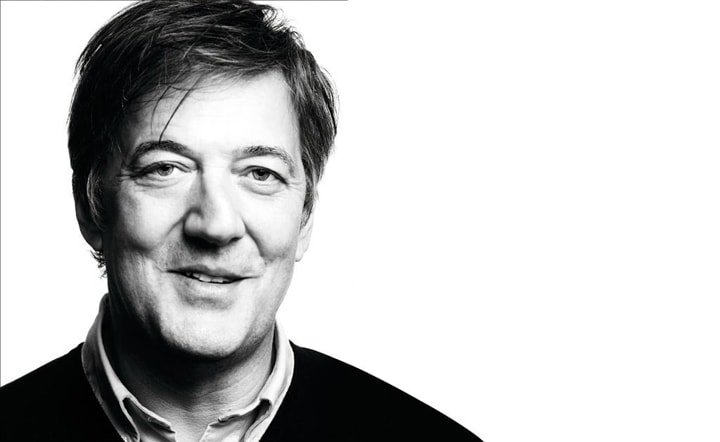